What do E-wallets have to do with environmental protection? 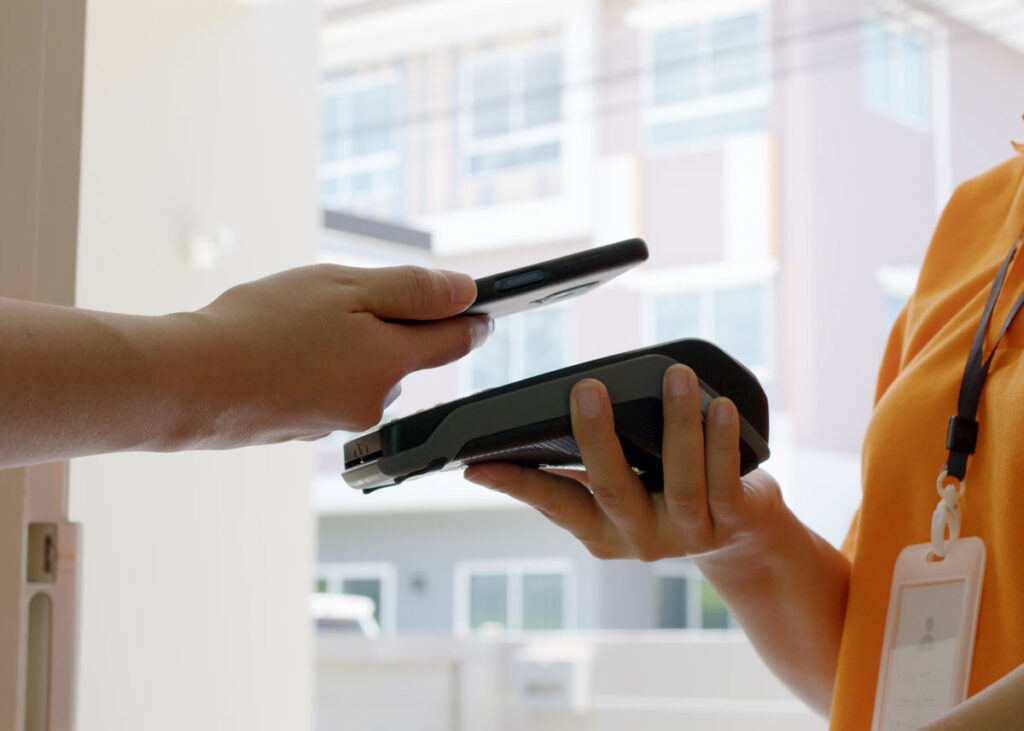 If we consider money as a social technology, we could agree that it should never be “neutral”. Now as the world is immersed in this global pandemic and climate era, we are aware of the negative environmental, societal, and economic consequences of our current business as usual economic model.

Nowadays, many aspects related to money are going through a profound remodelling. This evolution brings critical risks and challenges to the people and the planet we inhabit. Community currencies and local reward systems today could be instrumenting desired and shared goals, as well as being tools of empowerment and change. The reward-system immaterial Local Environmental Utility (iLEU) in Baia Mare promotes environmental, health, and climate awareness through a behavioural shift at both individual and organizational levels.

The iLEU within the SPIRE project represents a reward system for environmentally friendly activities based on blockchain technologies. It develops the systemic change needed by working in the interdependencies between the local community, locally owned businesses, training and education programs, innovation and new technologies, and environmental behaviour.

Money could be defined as a medium of exchange that is widely used and accepted in transactions involving the transfer of goods and services. Even if we tend to treat money as a neutral measuring stick, a recent study of the Club of Rome proves this to be wrong. Specifically, concerning the logical sustainability framework, money is anything but neutral.

Monetary research brings another perspective of the nature of money.  Most people have begun only after the 2007 economic crisis to understand how our system works. At the same time, multiple and varied forms of money different from the mainstream have been emerging worldwide. On the one hand, this current trend is a return to the past since multiple currencies were common until the late 19th century in the global north and are still normal outside it. On the other hand, the scale, diversity, and technology of the new forms of money today are unique.

Monetary innovation, designed from the bottom up, poses urgent questions about the nature of money. In a critical climatic era where the consequences of our actions could be definitive for our everyday lives, the need for effective appraisal and regulation of economic schemes is urgent. 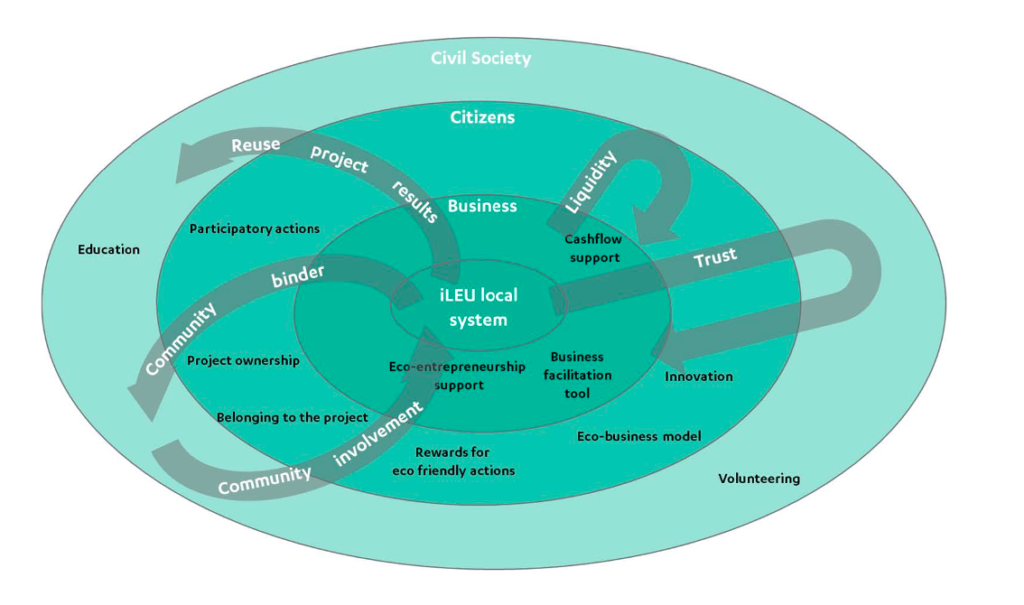 Redesigning money with social or environmental goals could drive a new global mindset and a behavioural shift focused on people and the planet. It could also change the current misconceptions about the idea of growth, bringing to the table the concept of prosperity in relation to development, climate protection, equity, and inclusiveness.

In a critical economic situation for people across the planet, several initiatives like iLEU try to solve the dilemma between the need to spend people’s economies on goods and services or barter for what people need, while boosting urban economies. Innovative ideas such as the concept of “free money” presented by economist Silvio Gesell in the early 30s – in the context of the Great Depression in Europe – stimulated velocity of money within local communities and thus increased local wealth. Several experiments related to complementary currencies were carried out based on his theories, including the Worgl experiment in Austria or the WIR in Switzerland.  In the last years, other examples such as Sardinia’s Sardex in 2008, Gent’s Torekes, or the Bristol Pound have inspired the iLEU reward system.

Complementary currencies are exchange systems organized alongside official currency to advance social, environmental, or economic objectives. They highlight specific assets and resources that are not part of the usual exchange circuits. These types of currencies are also named “alternatives” -because they work alongside the mainstream money in specific contexts-; “social” -because they are created and issued by social purposes groups-; “local or regional” -because they circulate in geographically delimited places and spaces-; or “community” -because they are linked to a specific community of people or entities, who are directly related and want to establish different means of exchange, usually on a non-profit or reward system basis-. The term “complementary” best reflects one of its main features: the complementarity and non-replacement of mainstream currency.

E-Wallets are an example of a reward system that allows electronic savings (units or tokens are stored in electronic wallets), without necessarily being a so-called currency itself, and with credits earned through environmentally friendly activities, such as:

Some of these reward systems apply blockchain technology: ensuring transparency (Blockchain has complete information about transactions); decentralization (Blockchain is not controlled by a central authority, person, company, or government, but by a software algorithm sustained by network participants – nodes, miners); and accountability (Blockchain transactions are verified by a consensus of a majority of nodes).

One example of these reward systems is the iLEU in Baia Mare. It will support initiatives such as prioritizing investments, crowdfunding, and sponsorship of environmental-friendly initiatives, whether from the public or private sector.

The iLEU potentialities and barriers

Baia Mare has been an active mining centre for over six centuries for the most precious metals globally: silver and gold. The city had its golden age from the early 1400s to the late 1800s, when pressing coins for the Habsburgs and Hungarian Empires. The current difficulties of mining and using iLEU spur the creativity of SPIRE team to find feasible and optimal solutions.

“iLEU works like a cryptocurrency. However, mining it will not produce more iLEU, and will not be rewarded in any way. Crypto mining, on a global scale, was proven to be a huge energy consumer and thus generator of climate change. SPIRE is an Urban Innovative Action aiming at reducing the city’s environmental impact and reducing the city’s carbon footprint. Thereby, we cannot support actions that have negative impact on the environment. Mining has the sole purpose of validating transactions between participants.” 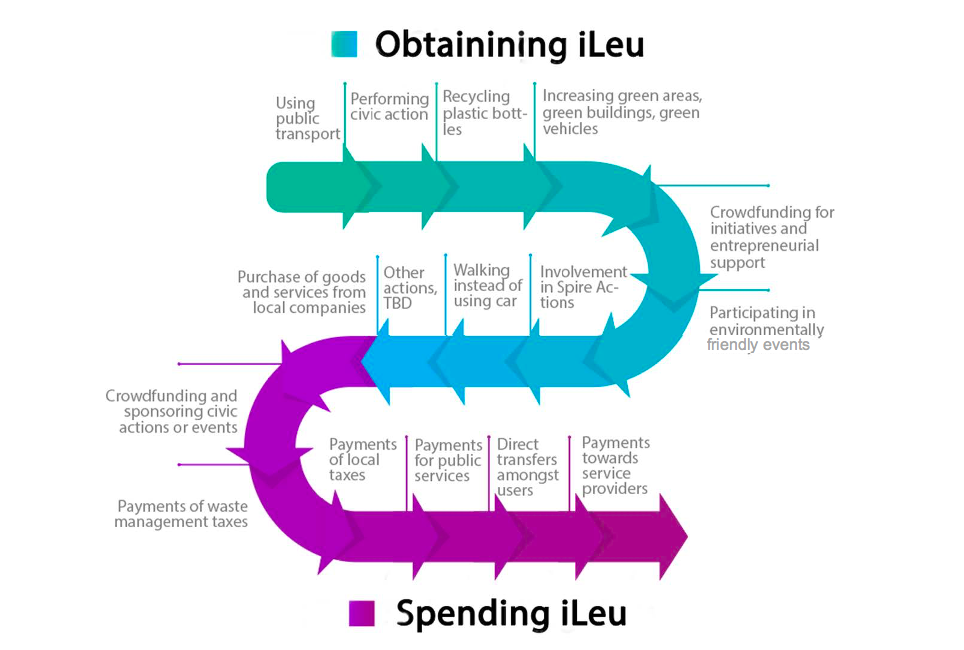 The City of Baia Mare is a facilitator of the iLEU reward system from which the main objective is to foster sustainable development and environmental protection. To this end, several pillars of local development have been designed: Smart Environment, Smart Economy, Improved Mobility, Smart People, Governance. Every iLEU user (company, public or private actor) has an e-wallet with an address presented as a QR code for readability and usability purposes. The iLEU technology (similar to bitcoin) has no inflation and no transaction fees, being the initial network supported by four (4) validator nodes. The maximum amount of iLEUs in circulation is initially set to 20.000.000. Currently, the rewards granted to citizens include, but they are not limited to:

Regulations across Europe about the creation and usage of local currencies are different regarding their issuing and use, often depending on their form. In Romania, only the National Bank can print money. However, specific laws enable the circulation of electronic currencies, in certain conditions, while virtual currencies are unregulated.iLEU reward system has encountered several legal barriers in its implementation due to the system’s innovative nature. It highlights the need for culture-shifting towards RESILIENCE, not only in citizens’ environmental behaviour but also in legal frameworks and procedures.  These groundbreaking initiatives will be able to occur only by allowing ourselves and our procedures to be adaptable, reflexive, and transformative.

Powering resilient urban environments through public spaces
By Isabel Parra
The blame game: moving past finger-pointing as a response to poverty
By Joan Erakit
What do E-wallets have to do with environmental protection?
By Amaia Celaya Alvarez
Towards a sustainable economy and a resilient future
By Zainab Bie

Amaia Celaya Alvarez
Urban resilience expert
Amaya has a background in architecture, urban and humanitarian action, and over 20 years of experience in disaster and climate resilience and sustainability, including her contribution to the ERCC in the European Commission and her role as SYLFF fellow in different academic programs. She has been working for UN-Habitat since 2016 in cities from Latin America, Africa, Asia, and Europe.
Mail amaia.celaya@cityresilience.org
LinkedIn Amaia Celaya Alvarez
Twitter @CelayaAmaia
Share

The blame game: moving past finger-pointing as a response to poverty
By Joan Erakit