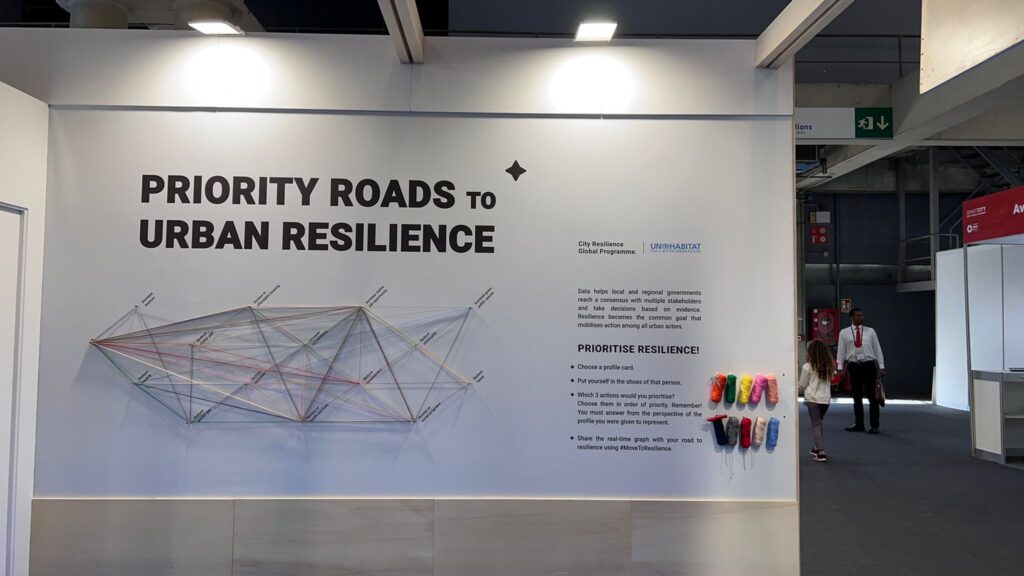 Most relevantly, the interactive stand confirmed that data helps local and regional governments reach a consensus with multiple stakeholders and take decisions based on evidence. Resilience becomes the common goal that mobilises action among all urban actors.

So what and how did it happen?

At the opening ceremony, Raf Tuts, UN-Habitat’s Deputy Executive Director (OiC), recognised and applauded the growing consensus that Smart Cities need to be human-centric and emphasised the importance of digital governance for people-centred smart cities.

As part of UN-Habitat, we agree and believe strongly in that claim. However, in our day-to-day support to local and regional governments, we often see that the main challenge for building urban resilience is enabling collaborative governance across numerous urban actors. Our experience in cities has shown local governments lack capacity to implement policy recommendations such as open, participatory processes or governance structures to enable coordination.

So, instead of describing how we help local and regional governments reach a consensus, we showed it with the interactive role-playing installation Priority Roads to Urban Resilience.

When arriving at our stand, participants would randomly receive an urban role to play—this is how Raf Tuts transformed into a small business owner. Esteban Leon changed from the head of UN-Habitat’s City Resilience Global Programme to a woman with 3 children working in the informal sector. And Nel·la Saborit became a homeless person—she is the General Director of Urban Agenda and Urban Regeneration at the government of Catalunya. Assuming their new role, people had to select 3 priorities for the local government to build urban resilience out of 14 available policy actions.

Visualizing what the city should prioritise

By knitting their priorities into the wall, participants generated a visual data map of collective thoughts that allowed them to compare their needs and visualise the complexity of reaching a consensus in multistakeholder governance across sectors, levels of government and civil society.

Introducing data in the decisions

After completing their initial responses, 106 participants received new information. They were told their city has 67% informality, is located in the region with the highest gender gap in the world and that the high levels of air pollution is resulting in newborns and elderly population suffering from severe health issues. After hearing this data, participants were asked if they would have changed their priorities. 68% said yes, they would prioritise differently—proving that urban data drives better decision-making.

We look forward to supporting meaningful collaborative urban governance for building urban resilience that puts evidence as the starting point for making decisions.

Fun facts about the installation

What roles did we have?

Follow our social media to see pictures & videos of the installation. 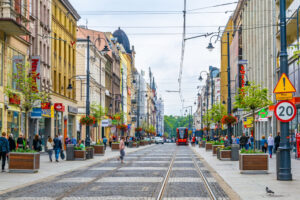