Jharna in the flood

Bangladesh is frequently mentioned as one of the most vulnerable countries to climate change due to its disadvantageous geographical location, flat and low-lying topography, high population density, continuous rise in poverty, and the reliance of many livelihoods on climate-sensitive sectors, particularly agriculture and fisheries, and inefficient institutional aspects. Many of the predicted negative effects of climate change, including sea-level rise, greater temperatures, increased monsoon precipitation, and increased cyclone severity, will exacerbate the existing stressors that hamper Bangladesh’s development. 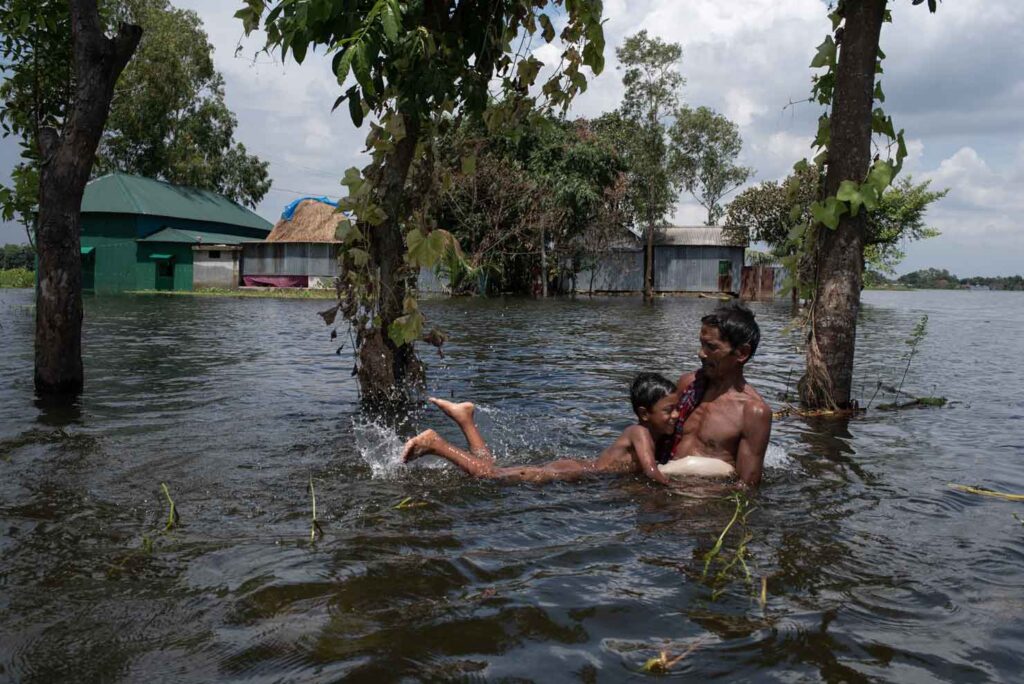 Image: a man teaches his grandson to swim in their flooded yard © Fatima-Tuj- Johora.

The cumulative impact of floods caused by water flashing from nearby hills, upstream intake accumulation, and locally excessive rains exacerbated by drainage congestion is a problem that Bangladesh faces every year.

In recent years, unusual floods have become more common in Bangladesh, causing significant damage to people and property. Photojournalist Fatima-Tuj- Johora has followed some of these recent floods, capturing and experiencing the depth of the impact on people’s daily lives. 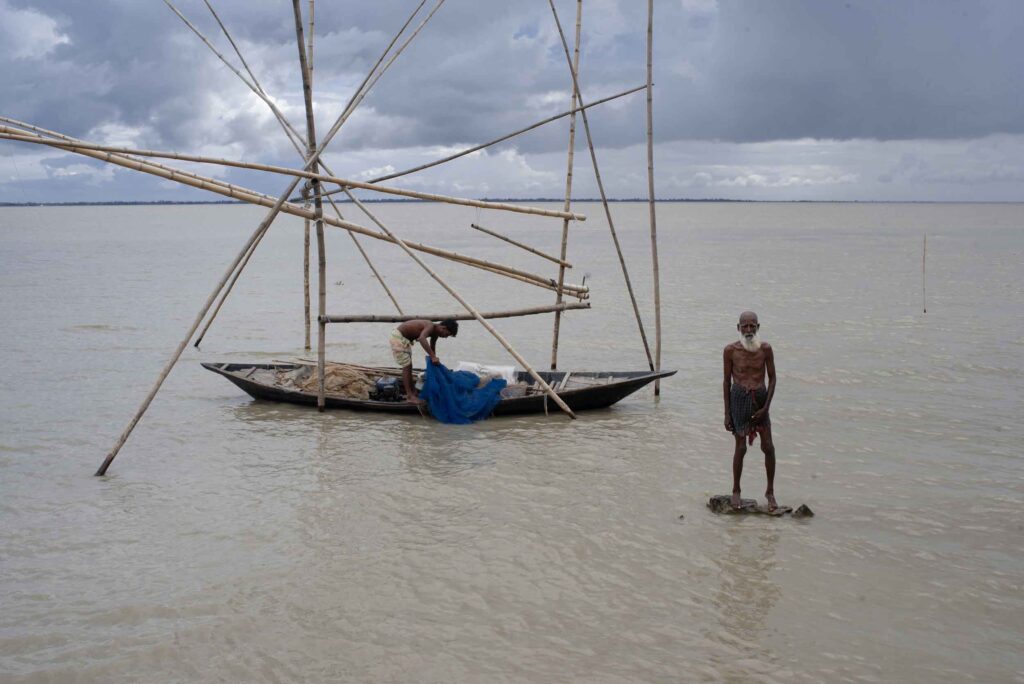 Jharna is a 35 years old woman she met in 2020. Jharna was infected with a water-borne disease after spending more than a month living in floodwater with her family. A common reality for many of her poor neighbours. 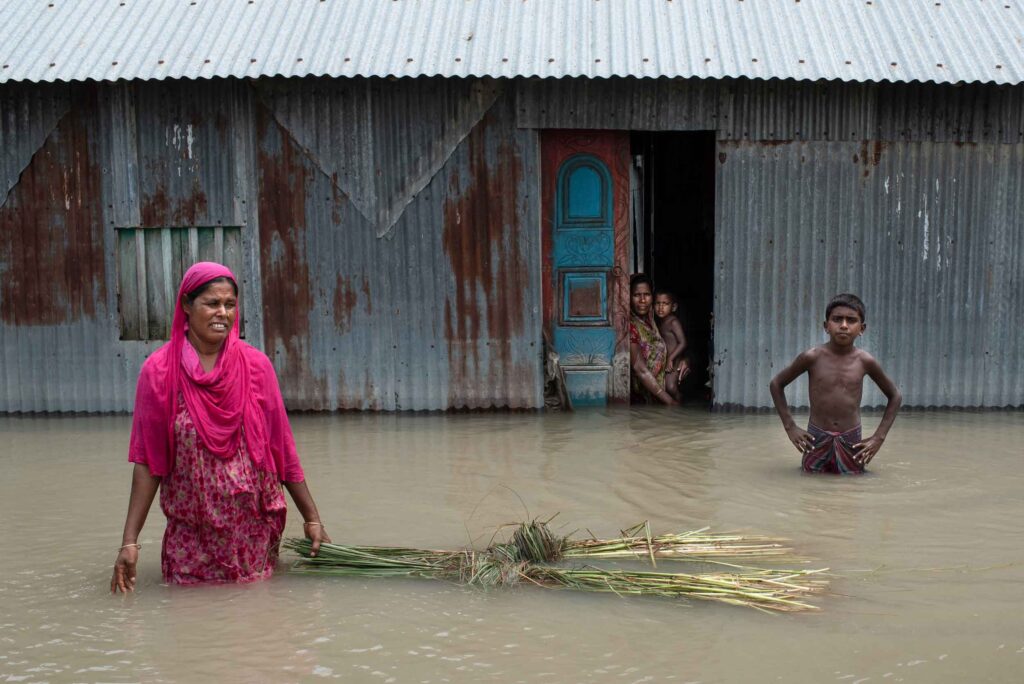 Willpower isn’t enough in this reality. Surviving a disaster for the extremely poor frequently escalates into a nightmare. Food shortages, lack or insufficient income, illiteracy, a high concentration of day labourers, and inadequate infrastructure make flood-prone zones fare the worst among disaster-prone areas. In a country like Bangladesh, proper flood management is a dire necessity. Building climate, social and economic resilience and involving all stakeholders in the process may be the only way to move forward. 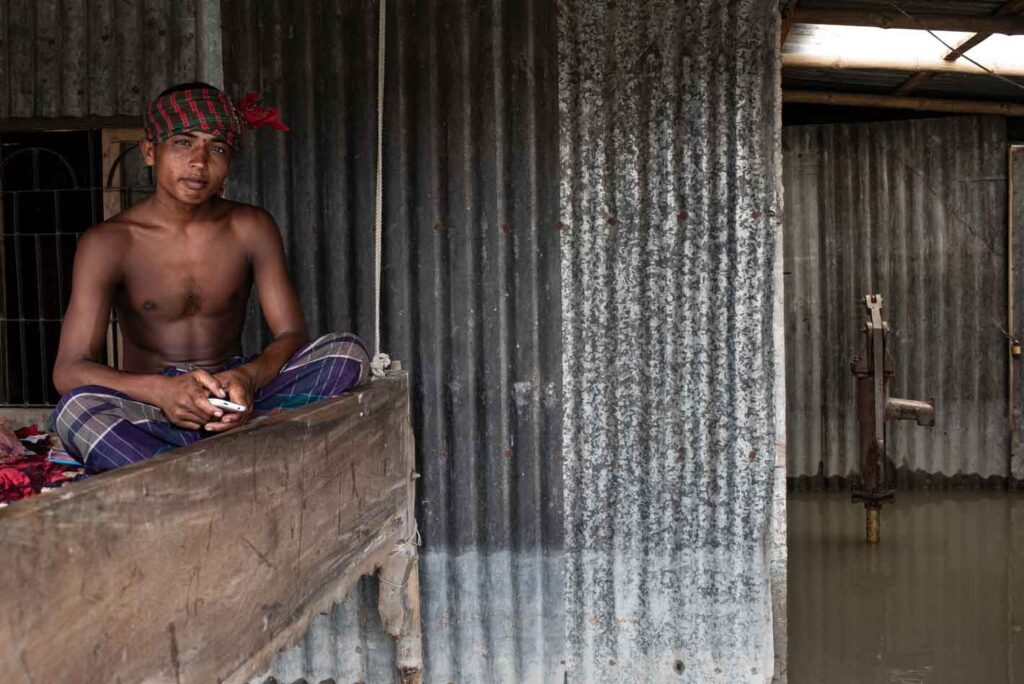 Image: boy sits on a hanging bed in his flooded house © Fatima-Tuj- Johora.

Fatima-Tuj- Johora Ed. Isabel Parra.
Visual Journalist
Fatima-Tuj-Johora is an independent visual storyteller from Bangladesh. She employs an intimate and engaging storytelling style to communicate meaningfully about the human experience and the effects of climate change. Most of her works concentrate on the impact, consequences, and adaptation of global climate change that relate to natural phenomena and human experiences.
Website https://fatimatujjohora.com
Mail fatimatujjohora42ju@gmail.com
LinkedIn FatimaTujJoho10
Twitter @Fatima Tuj Johora
Instagram @fatimatujjohora
Share 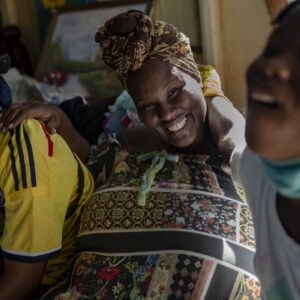 Singing through the rubble, Katia gives hope
By