Asunción faces a series of hazards and a variety of structural deficits. The principal hazards are hydrometeorological, in particular flooding and storms, both linked to climate change. These are also both hazards associated with extreme temperatures, which have also been identified as a current threat. Biological hazards faced by the city include dengue fever, as well as two other diseases associated with the same vector (the Aedes aegypti mosquito), chikungunya fever and Zika virus. Finally, water contamination has also been identified as a hazard due to the effects of flooding, and an absence of wastewater treatment and appropriate solid waste disposal.

The rainwater drainage system has very limited coverage, with existing drainage covering 19% of areas critically vulnerable to flooding. The lack of rainwater drainage infrastructure is coupled with growing urbanisation, which has led to an increase in the impermeable ground surface at the expense of areas with natural drainage. This has resulted in an increase in the frequency and severity of flooding during storms and intense downpours, particularly in the lower parts of the city and the banks of the city’s rivers and streams.

An increase in motorisation, poor quality public transport and a lack of infrastructure for non-motorised transport threaten the sustainability of the city’s transport. Public transport use is currently relatively high, representing more than 50% of all motorised travel in the metropolitan area (according to an ICES report). Use of public transport is decreasing, however, with an increase in the use of private vehicles for local journeys, while travel times for both public and private transport have increased.

There has been an accelerated process of urbanisation in recent decades, carried out without adequate planning. This has had a negative impact on the quality of the city’s water resources, affecting the metropolitan area’s biodiversity and natural ecosystems. The infrastructure gap and lack of comprehensive urban water management has led to the contamination of urban rivers and streams, the bay of Asunción and wetlands, the areas ultimately most affected by the problems with the city’s water systems.

Its impact compounds the effects of the rainwater drainage deficit described above, and affects the environment. The effectiveness of the solid waste collection service is limited, in terms of both its coverage and the awareness of the population about the importance of adequate waste disposal. This means that when it rains the limited rainwater drainage system does not function adequately, the city’s streams do not have the capacity to carry rainwater away, and the resulting build-up of solid waste has a damaging environmental impact.

The typical extreme events in Paraguay and Asunción are floods and droughts, both associated with ENSO. Known more often as El Niño, this phenomenon leads to an increase in rainfall and higher than normal temperatures, which in turn lead to flooding and droughts. La Niña, a related weather phenomenon, also affects the region, and is associated with decreased rainfall and lower than average temperatures. Riverside populations, agriculture and the cattle industry are the most affected by El Niño. La Niña principally affects agriculture, the cattle industry and river transport.

In the 1982-1983 period, the Paraguay River reached historic levels. During this time, 60,000 people are calculated to have been displaced. There was also a loss of infrastructure, while the city’s drainage facilities were overwhelmed.

In 1998-2000 La Niña led to decreased productivity in both the agricultural sector and the cattle industry, which in turn affected the city’s economy.

The most recent flooding to cause displacement of part of the city’s population took place during 2015-2016, with more than 50,000 people affected. These people were placed in temporary shelters in sports facilities, squares and surrounding streets, which also had an impact on the non-displaced population.

Coordinating the response to these types of disaster is a multi-actor process. While the National Emergency Secretariat and the Municipality are the principal actors, other actors from the national government (ministries and secretariats), civil society bodies and social organisations are also involved.

Dengue: Dengue is a substantial challenge and is related with Chikungunya and Zica (same vector). According to the ministry of public health, in Paraguay, the number of people with Dengue disease reached 16.516 in 2015, five of them lost their lives. Dengue continues to be one of the most serious epidemics in Paraguay in general, including the capital city Asuncion. This is in addition of the spread of Zica virus and Chikungunya, the three diseases are transmitted to people by mosquitos that proliferate near stagnant water.
Heat Wave: Extreme High temperature related to climate change. Asuncion is witnessing higher temperature degrees, especially in summer. This continuous increase in temperature degrees is attributed to climate change.
Fluvial Flood/Pluvial/Overland Flood: Fluvial floods, in Asuncion, are mainly due to the rise of water level of Paraguay river during storm seasons and the period of periodic raise of the river. Also, Asunción have pluvial floods, during storm seasons related to the failure of the pluvial system. Floods occur mainly in the riparian zones of the Paraguay river (areas of the “Bañado Sur” and “Bañado Norte”), where there are settlements of low-income families in informal settlements.
Floods in these areas are due to heavy rains associated with the weakness of the storm water drainage system and the rise of the Paraguay River level due to the seasonality of the rains.
Storm/Thunderstorm: Due to severe storms taking place during October to April each year in Paraguay, in general, the city of Asuncion suffers from the impacts of pluvial floods that are attributed to the lack of urban drainage systems and the lack of storm water management.
Similar to the heat temperature, the frequency of those storms and thus the frequency of pluvial floods is rising due to climate change effetcs.
Water Body Contamination: Due to the ineffectiveness and inefficiency of the waste management system in Asuncion, water bodies, namely rivers, are contaminated as the result of waste disposal into those bodies, leading to serious water contamination. During storms and heavy rains seasons, fluvial floods lead to soil contamination as well in the areas adjacent to those bodies. 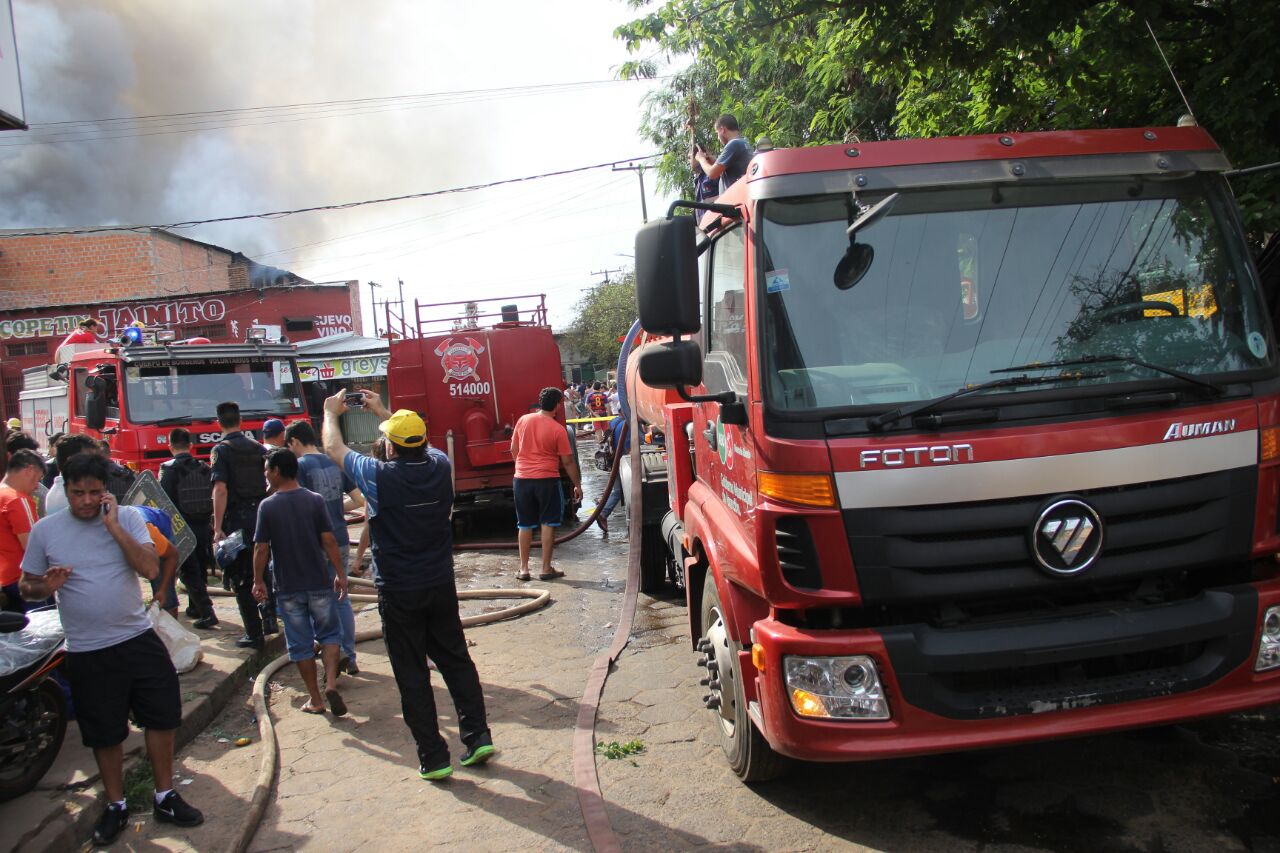