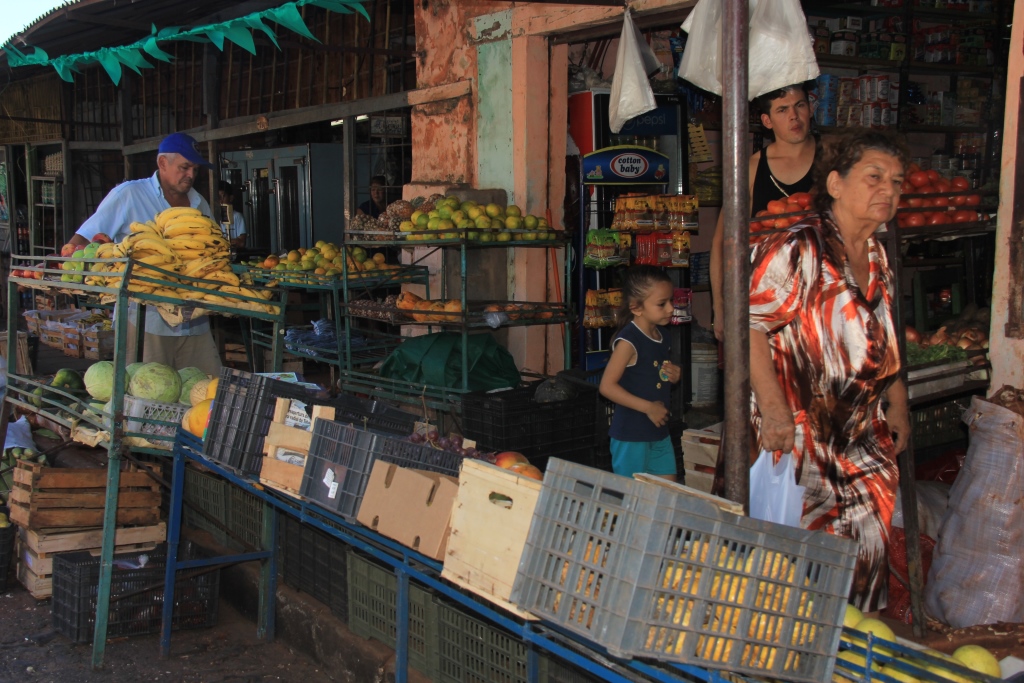 The climate in Asunción is warm and mild, with rainfall occurring during all months of the year. The Paraguay River surrounds a large proportion of Asunción forming a natural border on its northern, southern and western sides. Currently, 70% of households in Asunción are connected to the city’s sewage system. Only 4% of the region’s wastewater receives treatment, with the rest released directly into urban streams and the Paraguay River. A bidding process is currently underway to expand the existing treatment facilities and build new ones.

Asunción’s Köppen-Geiger climate classification is “Cfa and Cwa”; these are described as mild temperate climates or humid subtropical climates. This classification features average temperatures of between 0 °C (32 °F) and 18 °C (64 °F) in the coldest month and of 22 °C (72 ° F) or more in the warmest.

The weather variation over the course of the year is as follows:

The city of Asunción is geographically located between two natural ecoregions (areas with a clearly defined character in terms of geology, climate, hydrology and biological diversity):

The main ecosystems associated with the city are:

The Bay of Asunción: separated from the Paraguay River by the San Miguel Bank, a narrow lowland peninsula located on the boundary of several geographical and ecological regions: the Bajo Chaco (Western region), the Atlantic Forest (Eastern region), and the city of Asunción.

Ypacaraí Lake and the Salado, Yukyry, and Pirayú wetlands form a complex natural system, which is very important for the provision of fresh water, subsistence activities, and outdoor recreation. This ecosystem is greatly threatened by the urban expansion of the Asunción Metropolitan Area. The lake is 40 km from the centre of the city of Asunción.

A number of smaller streams run through the city, most of which now run underground through the subsoil, due to the presence of embankments, paving stones and asphalt. The most significant of these include the Mburicaó, Cará Cará, Jaen, Mburicá, Salamanca, Zanot Morotí, San Vicente, Leandro, and others.

Among the terrestrial ecosystems are remnants of the Paranaense Forest (BAAPA) that can still be seen in the Cordillera de los Altos, Cerro Patiño, and Cerro Lambaré.

Among the human and artificial ecosystems are urban and rural areas with pockets of agricultural activity located in the vicinity of Asunción (in the center and south of the Asunción Metropolitan Area).

The provision of drinking water to the city is the responsibility of the company ESSAP, which has a single drinking water treatment plant in Viñas Cué, whose water source is the Paraguay River. The plant is located in a contamination risk zone due to the activity of private ports that operate upstream.

Power: Paraguay has an abundance hydroelectric energy, with almost 100% of its energy generated by renewable energy sources. The main power stations are approximately 300 km away (Itaupu and Yacyreta). The transport and distribution of electricity is provided by ANDE.

Solid waste treatment: A private company, EMPO, is responsible for Asunción’s solid waste treatment, managing the “Cateura” landfill site. This site is predicted to be viable until 2020, and actions have already been taken to relocate the site and the disposal process as part of the Asunción Waste Management plan.

Surrounded by the Paraguay River and other municipalities, urban development in Asunción has already reached the city’s territorial limits.

The metropolitan area consists of Asunción and 10 other municipalities within the Central Department. They all form part of a continuous urban area with an exclusively urban population, occupying 686 km2. This area is home to 56 % of the country’s urban population.

The metropolitan area, in turn, is part of a larger Metropolitan Region, which includes 19 other municipalities and has a mixed urban and rural population. It is a discrete biophysical region, with considerable homogeneity in soil, topography, and climate.

The Paraguay River marks the northern and western boundaries of the Metropolitan Region of Asunción, while the Villeta wetlands and the Ypacaraí Lake basin mark its southern and eastern limits respectively. It covers an area of 3.146 km2 in total.

Asunción has all the physical assets of a major city and, as is to be expected, varying levels of development. It has a historical district, residential neighbourhoods, commercial areas, and the typical infrastructure of a major city. It has numerous traffic routes (avenues, main roads, secondary roads, streets, sidewalks, etc.), while a new public investment programme to improve road access to the city and an initiative to improve public transport services are both noteworthy.

Due to its low population density, the city’s main buildings are largely one or two stories high. The construction of larger apartment buildings (more than five stories high) is a recent development. The design and capacity of these buildings have put a considerable strain on the provision of basic services.

Asunción was designated a green city following a process involving an extensive study and it is estimated that Asunción contains more than 750 hectares of green space, comprised of approximately 200 sites (plazas, squares, parks, viewpoints, cycle paths, linear commons, etc.). The 290-hectare botanical garden and the 300-hectare San Miguel Bank are particularly notable for their size.

As the capital city, Asunción’s historical heritage includes its Cathedral and Government Palace, whose beautiful architecture is reminiscent of the colonial period. Other outstanding testaments to the city’s history are the House of Independence, the old colonial house, and various churches, the most well-known being the Recoleta and the Encarnación. Other major buildings are the National Pantheon of Heroes and the Central Railway Station.