The potentials and gaps of city-led climate adaptation 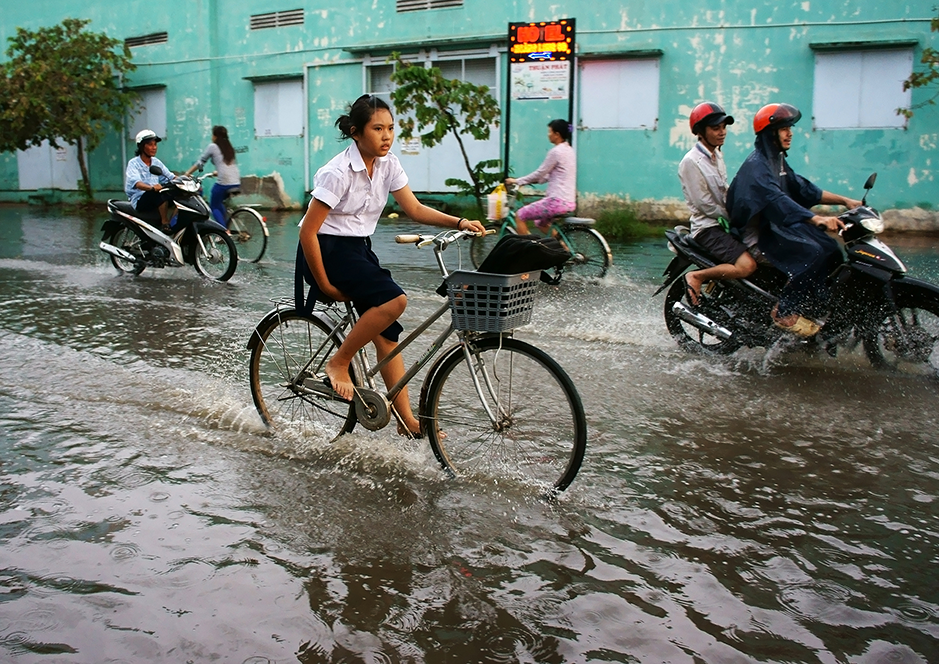 With the opening of the UN General Assembly as background, many high-level parallel events were held to further discuss specific issues, such as climate action and finance for sustainable development. Among such events was the Local and Regional Governments Forum, organised by the Global Taskforce of Local and Regional Governments last September 24. The Taskforce advocates for the involvement of local actors in implementing the Agenda 2030, in a process of “localisation of the Sustainable Development Goals”. They argue that global goals such as climate action cannot be achieved without the participation of local governments, from their establishment to the implementation, monitoring and reporting phases, making sure that local context, needs and capacities are taken into account in every stage.

Approaching the SDGs form a local/regional standpoint is strategic, bringing many new insights and opportunities of actions. Still, just as well, local actors face many challenges in doing so, as they often lack  the recognition – when national governments concentrate most of the power of action in development issues – or capability – either due to insufficient technical, human or financial resources – to influence such global agendas. 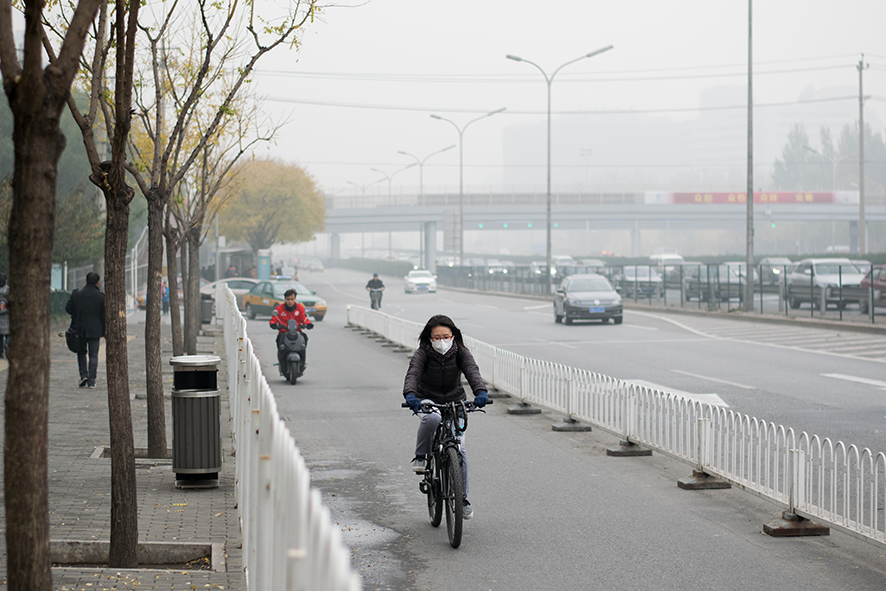 As for the resources available for climate action – or the lack of it –, the gap is even deeper for climate adaptation, which has historically received much less funding than mitigation, regardless of the growing scientific recognition of its urgency. In an attempt to overcome the obstacles involving adaptation policies, the Global Commission on Adaptation just recently released a report detailing the financial gap stopping climate resilience-building to move further and highlighting the need to scale up both public and private investments in adaptation. To do so, the Commission stresses that the economic benefits offered by climate adaptation can be enormous: an estimated $1.8 trillion in investments could generate up to $7.1 trillion in net benefits, considering avoided losses, social and environmental benefits, as well as opportunities to increase efficiency, productivity and innovation through adaptation.

Cities and metropolitan regions, which congregate a growing majority of the global population and already experience significant impacts of climate change – from heat waves and droughts to storms and floods –, are at the forefront of emergency response to such events. As so, they are also projecting themselves as hubs for massive investments in climate action.

But then again, given the context, there is no one-size-fits-all solution to adaptation. In certain cases, resilience in urban areas can be improved through relatively simple solutions, such as effective early warning systems. In others, as currently discussed in Indonesia, it could be as complex as building a whole new capital city from scratch just to prevent the strangled and overpopulated Jakarta from flooding and sinking.

But not all solutions to climate shocks need to be that drastic. More and more local governments are turning no further than to nature itself in search for ideas to improve resilience. Restoring vegetations in wetlands and hillsides are examples of effective tools to prevent soil erosion and landslides and to reduce the risk of flooding by improving the soil’s water absorption. Likewise, in regions where droughts are more and more frequent and severe, similar solutions can be applied for water storage. In Mexico and Brazil, for example, a project funded by the EuroClima+ initiative has supported policies at the municipal level that incorporate the concept of nature-based adaptation – which also works for mitigation. In Mexico, this partnership has involved local communities in a project to put in place the traditional technique of sowing and harvesting water, which consists in increasing the vegetative cover of plants with great capacity of retaining rainwater, which can then be stocked and used by these very communities.

But given the context-specific nature of adaptation policies, it is often challenging to acknowledge the particular needs and capacities of each region while conveying adequate international cooperation and finance towards it. To facilitate this convergence, city networks and knowledge-sharing platforms have proliferated over the last years, in order to overcome the problem of limited resources faced by many local governments. In the field of climate change, C40 and ICLEI stand out as leading networks, bringing together some of the world’s biggest and most powerful cities. These are cities that have engaged in ambitious climate goals– often clashing with national climate-sceptic governments, such as in the case of the USA, following their withdrawal from the Paris Agreement announced in 2017 – and reported impressive results in both the mitigation and adaptation fronts, as well as in city-to-city cooperation. 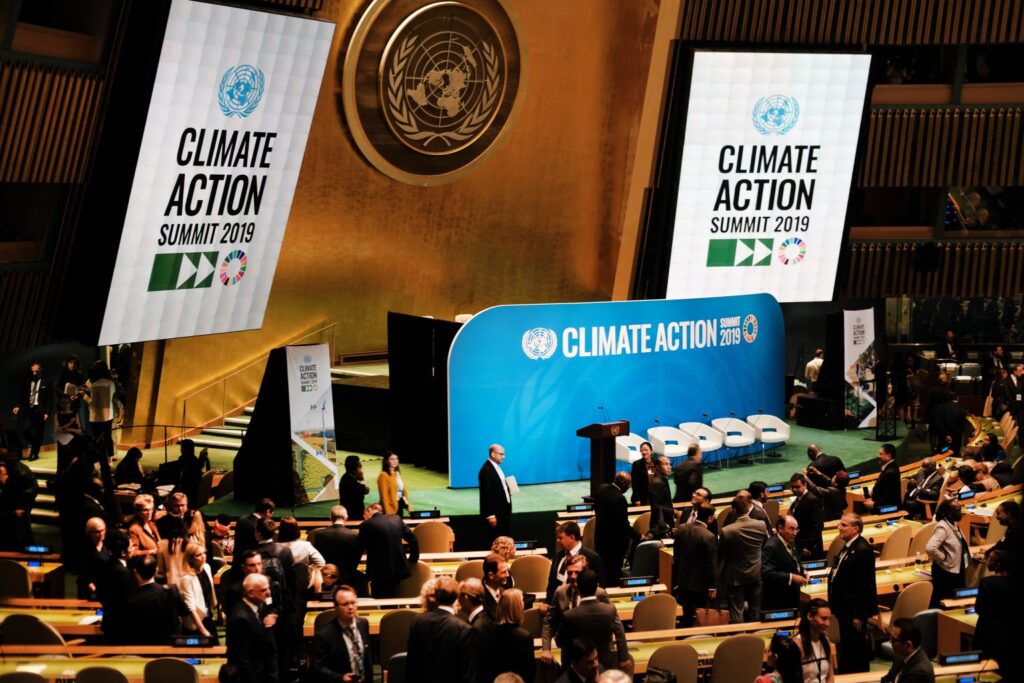 Urban agglomerations are a fundamental part of the global effort to curb climate change, not only for how much they contribute to it, but also for the economic and political means they often possess to respond to it. As it happens in the case of the USA, such privileged position allows cities such as New York, Chicago, Houston and San Francisco to pursue their own climate goals despite the lack of support from the national government. But for the vast majority of the cities worldwide, this reality is quite different, as they lack the same power and capacity to act and, to a large extent, depend financially and politically on their national counterparts. And if we are to distinguish cities from local governments, then an even more critical question to look at is where do rural and less urbanised areas stand in this debate.

Although city-to-city cooperation can bridge cities of different scales and allow governments of smaller localities to access capacities, knowledge and partnerships to lead their climate strategies, as currently happens quite commonly within metropolitan regions, in many cases it is the megacity that draws attention and investment to their own agendas. In the quest for private investments in green, resilient structures, cities move instead towards a logic of competition.  When the peripheries of big urban centres are not contemplated with the same opportunities, they are left behind in the global race to increase resilience to extreme events: and here is where current climate change politics can deepen the inequalities of already highly unequal regions.

While acknowledging the imperative of climate action and the strategic role played by local governments in this regard, we should not lose sight of other equally important development goals, such as that of reducing inequalities. It does no good in solving one issue while making the other worse. In the case of climate adaptation, avoiding this outcome involves recognising that the gaps stopping local governments to act might not always be filled through international cooperation, local policy and private finance alone. Just as national governments and international organisations need local engagement to meet their development targets, the opposite is also true for the vast majority of local governments: they rely on the political, financial and technical support from national governments in order to build not only resilient, but equitable cities.

We certainly have a lot to learn and benefit from city-led cooperation and it is in this spirit that local governments should continuously pursue recognition of their crucial role in – not only climate change, but – all development goals. And, just as well, the support they need to fulfil this critical role must not be neglected.