Smart cities: why one size does not fit all

Written by
Rajashree Ghosh
Published on
May 13, 2019 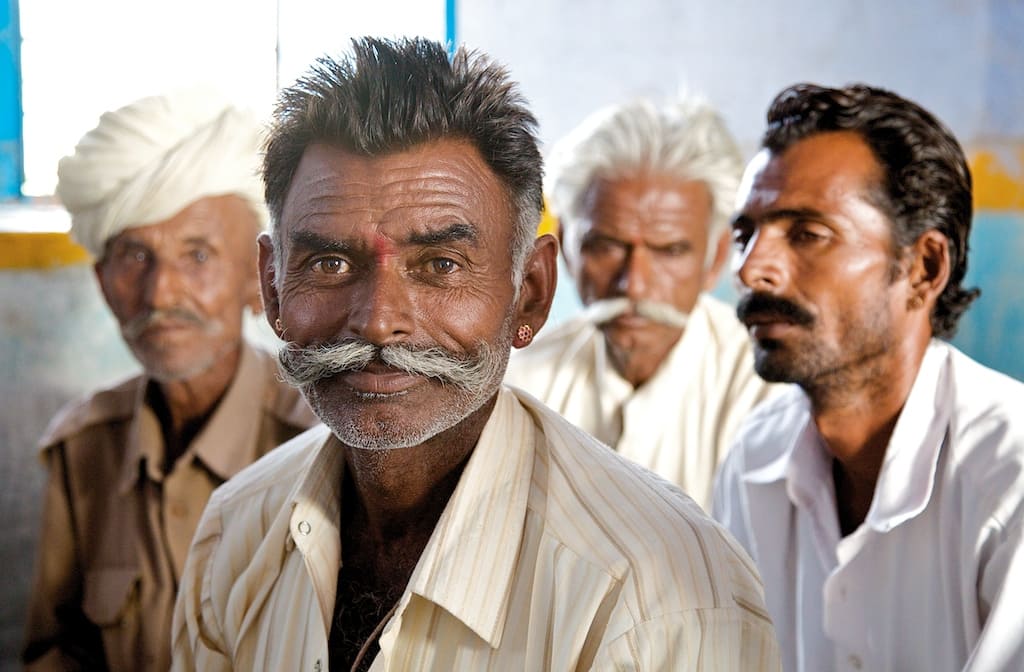 Social policy frameworks guide public interventions – the overarching principles are social justice, equity and a general understanding that it is good for all. There is a certain universal appeal to it. This is not to say that policy takes care of all the public concerns but it approximates a package representing the idea that all concerns can be addressed within the framework. Some policy narratives are stronger and others leave the door open for amendments.

In exploring “ideal types” and “best practices” what tends to happen is that frameworks get adapted physically and conceptually in another location and often for varied communities and concerns. Developed for one set of situations, it gets customized with some minor additions. Once a practice has been established as a success, there is tendency to replicate it.

The “smart cities” paradigm if one may call it, is one such example.  The idea behind smart cities is that it supports cities through real-time connected technologies, market and policy. While definitions are fleeting, the basic features are that it is a designation given to a city that incorporates information and communication technologies (ICT) to enhance the quality and performance of urban services such as energy, transportation and utilities in order to reduce resource consumption, wastage and overall costs. The overriding aim, of a smart city it is said, is to enhance the quality of living for its citizens through smart technology.

Rapid urbanization around the world has given rise to overriding business solutions to overcrowding, slums and squatter, water and sanitation, health access and delivery, safety and violence against women and children. Cities around the world are desperate for innovative methods to solve these urban challenges. E-governance and data driven decision making assist in procuring data on citizens that helps with administration and information. The data can benefit planning urban environments and provide early warning and advice on disaster and recovery issues on a city-wide scale. As part of the urban resilience strategies (DRR) smart cities can impact disaster mitigation, preparedness, response, and recovery.

Smart planning has emerged as an alternative that seeks to integrate huge amount of data in order to get key knowledge for decision making in rapid and responsive manner. The buzzword is “connect,” where citizens share their information with the understanding that they are being responsible, law abiding constituents.

Further lists of definitions of smart cities are available, each from the particular partial position of who defines it. They tend to be more data-driven if provided by a technology company. Governments tend to word it in a way that makes it the best possible option for administration.

From the point of view of an ordinary citizen, the understanding of “smart” initiatives is based on lived experiences as a consumer. A survey conducted among people using smart schemes in the United Kingdom illustrates that there is more understanding and interest when respondents were questioned about specific initiatives. When asked which smart city features were deemed to be the most useful, those initiatives that provide a real-life benefit that people can easily relate to were rated the highest: smart water (89 per cent), smart construction (85 per cent), smart energy (81 per cent) and smart health (79 per cent). Features considered the least useful were smart tourism and leisure (59 per cent), smart retail (57per cent) and smart finance (57 per cent).

As a concept and in practice many cities have scaled up in random and unsystematic ways. Globally, as cities replicate each other in becoming “smart,” data collection has become an all-consuming activity. In the Netherlands, cities have taken measures to record behavior on streets through wi-fi trackers, cameras and microphones that send alerts to police officers. Masa Galic, a researcher on privacy in the public space for the Tilburg Institute of Law, Technology and Society laments that visitors enter laboratory like conditions without advance knowledge. In the particular case of Stratumseind which has the smartest streets in the Netherlands, data collected is used to profile its own citizens. Even though this is subject to data protection law by virtue of being a “smart” city this experiment to actively target people is overruled. 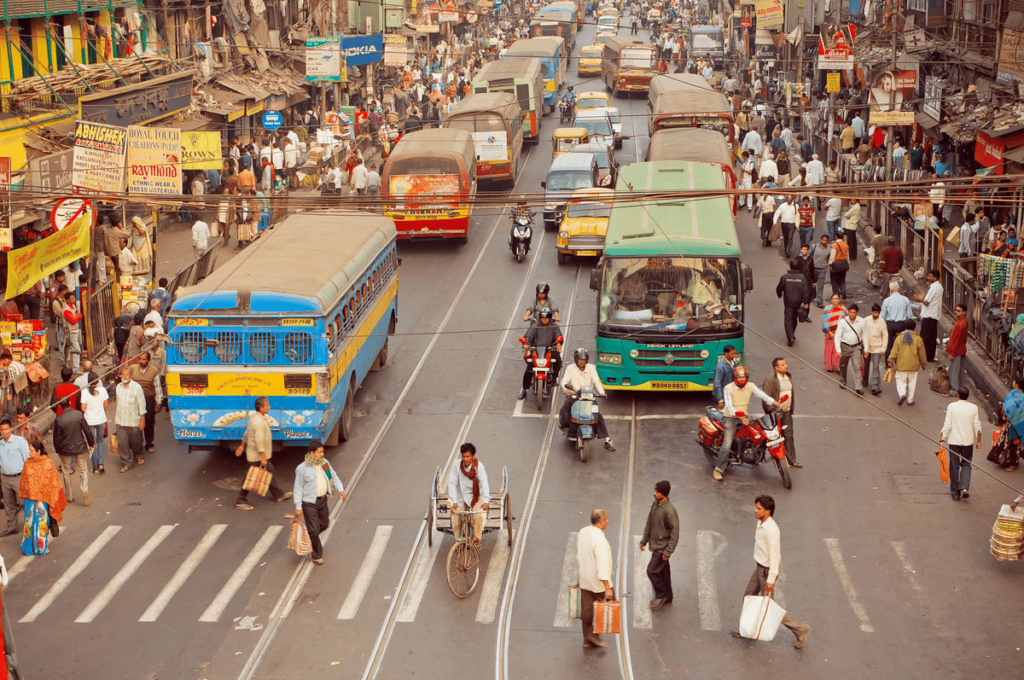 Across the globe in India, smart city initiatives have taken on hard wiring to another extreme. As part of initiating the smart processes the government has made it mandatory for every citizen to be assigned unique identification numbers which is presented in what is called the “Adhaar card.” Modelled after the social security number in United States (though they are significantly different), the card authenticates a person through the use of biometrics. This number is linked to a person’s bank details, purchase, travel and income tax filing. The government can also share user data “in the interest of national security,” a term that remains dangerously undefined.

The global surge in smart technology especially in urban living renders a set of familiar expectations irrespective of country or community. In other words, most cities begin to look and feel the same. The uniqueness with respect to peoples, customs, geography, climate and the essence is overridden to make way for “sameness” as Aaron Renn reported. In similar vein Schwindt lamented about the inevitability of sameness in the case of United States,

“when you’re taking a broad view of a country in which nearly 326 million people are strewn across 3.8 million square miles. A country which is connected by the light-speed of the internet and hundreds of millions of people looking at Instagram photos of bistros in Nashville, in Los Angeles, in Brooklyn, and going, I want that.”

In wanting “that” the urban experience exacerbates existing inequities. Urbanization in developed countries has had a particular history. The density of population, those that are shelter-deprived and governments that are aping the West so as to keep up and thereby develop megacities by segregating populations. In India by creating Special Investment Region, the government is able to take control of land for the sake of national development. The city of Dholera is a classic case in India. It being developed as a smart city. While construction of mega infrastructures is underway, vast low-lying areas are prone to flooding. About 40,000 people live in the area that loses 1 centimeter of coastline to the sea every day. Farming has been the mainstay of populations in the region. The life and living of those communities are threatened as a result of heightened construction and have now joined hands with grassroots activists to protest those changes. This is an example of smart city policy that ends up exacerbating inequities and undermine communities.

What can the solutions be?

Smart city planning could play a relevant role in considering capabilities for data collection, information processing, real-time monitoring and networked infrastructure management. It is becoming more common to develop synergies between disciplines and approaches to consider adaption and mitigation side by side. City planners need to link climate-change issues to broader areas of concern. Conversations about whether to invest in a more efficient urban space (as in the Dholera example) and connect it to concerns about the cost of energy and localized impacts on sustainable land use and community ownership. Residents could have greater security of tenure and experience less distress and loss of wealth if the risks of decline are mitigated. It is clear that inadequate infrastructure systems make it increasingly difficult to respond to severe weather events. And cities recognize the importance of replacing water, power, transportation health care but the idea is not cause further disruption to at-risk populations – living along coastline. In effect disaster, risk recovery (DRR) needs further augmented with multiple facets of urban policy such as social, physical and environmental resources.

Circling back, a contextual approach would be most appropriate when determining specific tools and communities. Social policy will have to look inward and following some introspection provide impactful data on community approaches that are more inclusive. An example is “placemaking.” Communities have a stake in the space – public and private and want to shape it in ways that are meaningful. Their rights to their place needs to find a pivotal role in governance narrative. An inventory of local assets, practices is available to communities which can become a become a part of the stock taking. There is enough data on community trajectories that would help cities develop and implement place-based investments and policies to address isolation especially for vulnerable members. In the end, it is members of the community who can lend voice and visibility to policy. A blanket framework needs to give way to context-based and community owned approach that are not necessarily providing a universal formula for success.