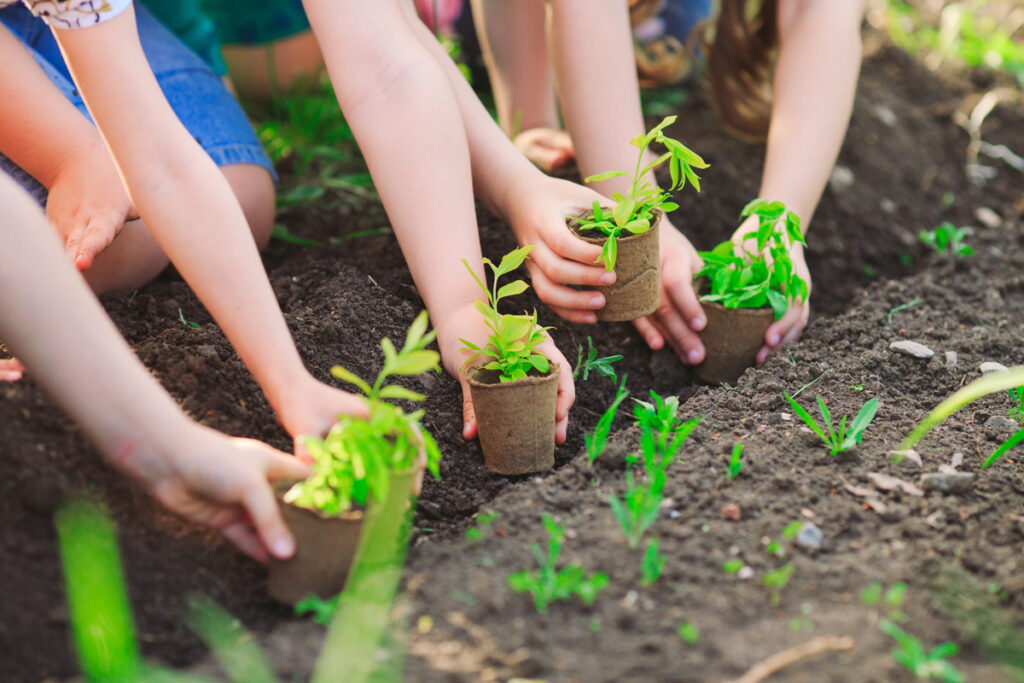 UN-Habitat has joined the COOLSCHOOLS research project that aims to provide new evidence on the design of nature-based solutions to adapt school environments for climate change, improving children’s —and people’s—quality of life. Helping cities cope with climate change and contributing to building the resilience of public social infrastructures is aligned with the global UN-Habitat mandate to implement the New Urban Agenda and localize the SDGs.

The initial kickoff of the project took place in Barcelona, Spain, from June 8th till the 10th. The three-day event included speakers from various international and national programs and was co-organized by Universitat Oberta de Catalunya (UOC), Globus Vermell, and Vrije Universiteit Brussel (VUB). The first two days were open to the broader public for interaction and reflection among practitioners, academics, and professionals in the field to work on climate adaptation and nature-based solutions in schools—a work that for the past 5 years has been developed within the PatisxClima program by Globus Vermell, and now for the first time in counted with the program partners as European Experts. The last day was dedicated to meeting solely with the project partners. These partners included members from UOC, VUB, U Twente, U Hasselt, U Antwerp, CNRS, European Schoolnet, Brussels Environment, Barcelona City Council, Paris City Hall, Rotterdam City, IVN, Springzaad, CPN (Serbia), and UN-Habitat.

The days for the general public included presentations from the city of Barcelona, and Lleida, the regions of Aragón, and Castilla y León, as well as representatives of municipalities and educational institutions of Belgium, France, and the Netherlands.  Schoolyards for climate, transformation and protection of open school environments, places for education and schoolyards for all, school greening and climate change adaptation programs, normative frameworks and criteria for schools transformation, equitable access to nature-based solutions in the school environment, biodiversity, health and school greening, green-blue Schoolyards, governance, and participation, were some of the discussed topics. To finalize these two days, participants visited La Maquinista and Can Fabra, two schools located in Barcelona, that serve as an example of the initiatives being put into action that COOLSCHOOLS is interested in analyzing.

The final day of this event allowed for discussion among the project partners of research activities within each case study city, including the dissemination and communication strategy plans, data management plans, and other related issues of interest. This internal program version of the meeting was held at the consortium level.

UN-Habitat, through its City Resilience Global Programme, is a partner of the COOLSCHOOLS project, supporting the initiative’s outreach and spreading the project’s results globally. In this regard, COOLSCHOOLS will actively participate and show research progress on the case studies cities in the open doors day at the Recinte Modernista Sant Pau to be held in Barcelona on October 2nd this year.

The human experience behind Teresina Urban Resilience Program
By Yohana Soares
Acting at a metropolitan scale helps us reach people faster
By Isabel Parra for Metropolis
A resilient urban future is the heart of our common agenda
By Isabel Parra for UCLG
Improving children’s lives through schools
By Jocelyn N. Keller

Jocelyn N. Keller
Environmental Professional
With a background in environmental studies and international cooperation, focusing on energy management and design as well as sustainable emergency architecture, Jocelyn has done extensive research into a wildfire and community-based disaster risk reduction. After having experienced wildfire evacuations from her California home she has decided to further examine this topic.
Mail keller.joc@gmail.com
LinkedIn Jocelyn N. Keller
Share

How community-based disaster risk reduction leads to resilience during a wildfire
By Jocelyn N. Keller