Wildfires have the potential to cause unparalleled destruction. According to the National Wildfire Coordinating Group, they are defined as unplanned, unwanted, uncontrolled fires in an area of combustible vegetation starting in rural and urban areas. Historically, it has been shown that wildfires are naturally occurring events. However, as we have seen in recent years, climate change and increasing temperatures have been exacerbating this risk resulting in an increase in the frequency and scale of wildfires yearly.

Building community resilience is an often overlooked measure to resist wildfires and reduce their disastrous effects. Community-based disaster risk reduction has been proven effective for loss mitigation and resilience building. Recent surveys evidence people’s desire and willingness to be informed in order to make the right decisions for themselves and their loved ones in a disaster situation. Proper involvement around awareness, prevention, and mitigation through all stages of a disaster is vital to building a community’s resilience.

I don’t want to have to live in fear of the area I grew up in, but every fire season I find myself being scared of what could happen if a fire comes close enough. Living in a rural area you never know what could happen… I wish I knew more about what to do. Female, aged 19-29, on living in a fire-prone area within California.

An intersectional, people-centred preventive approach to disaster risk reduction is essential in mitigating loss and building resilience. As people become empowered in learning about the disasters in their area as well as receiving education on how to navigate them, lives and homes can be saved in the process.

So, how can community-based disaster risk reduction lead to resilience during a wildfire?

Community-based disaster risk reduction has been shown to be effective, and people want to be informed in order to make the right decisions for themselves and their loved ones in a disaster situation.

In order to strengthen the resilience capacity of a community, the community itself needs to be involved in the decision-making process. We need to create a dialogue that empowers the community to know what to do and how to protect themselves and their loved ones. When a dialogue is opened, there is a greater likelihood of people learning how to act in a disaster, consequently raising the chances of surviving once a disaster strikes. 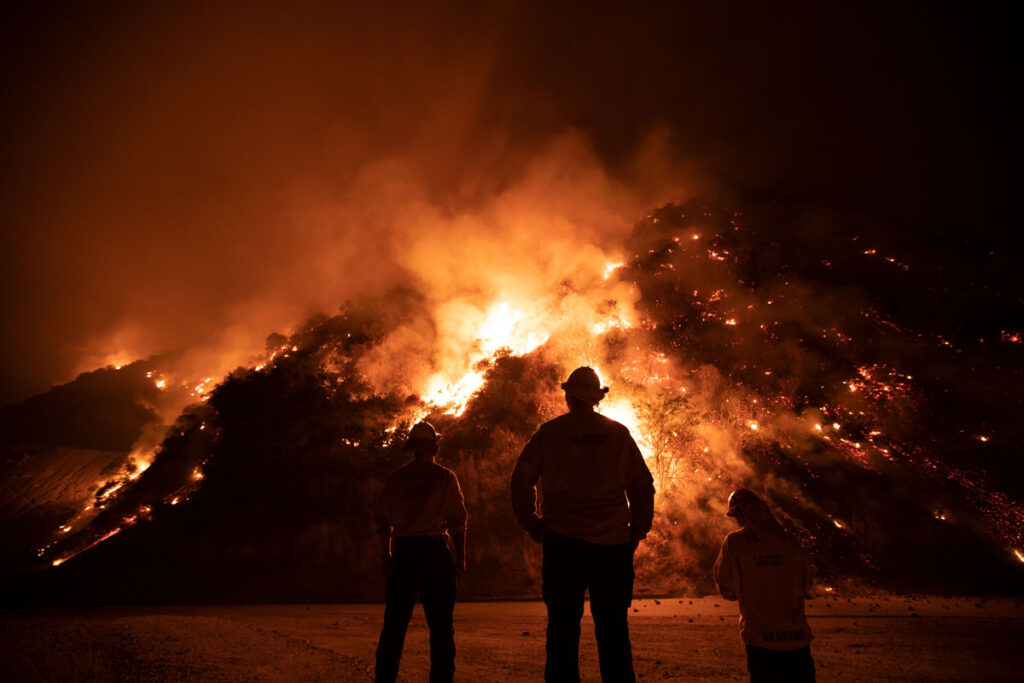 Image: Firefighters work on a wildfire in the Los Angeles hills © Matt Gush.

Community-based solutions are crucial to allow for preparedness on an individual level. With wildfires being such unpredictable events, it is important to empower those living in fire-prone areas to create customized strategies for the prevention and preparedness stage, during the emergency, and after a fire occurs in the relief stage. By being prepared and staying calm, you have a better chance of surviving a disaster; with more knowledge comes a higher likelihood of being able to act and adapt appropriately to rapidly changing situations. Multiple factors including but not limited to the region, temperature, direction and speed of wind can drastically change the plan of action for both the authorities and the citizens involved. With preparedness at the forefront, citizens can become equipped to ensure their safety at all stages of the emergency.

Preparedness and prevention come before a disaster

This can be shown through education efforts and preemptive measures that can be taken by both those in the communities vulnerable to wildfires as well as efforts done by the government and local municipalities. For example, the government and local municipalities may conduct community training efforts including injury prevention briefings, mapping emergency routes with alternative scenarios in mind, clearing overgrown vegetative debris, and conducting prescribed fires or other fire barrier methods. 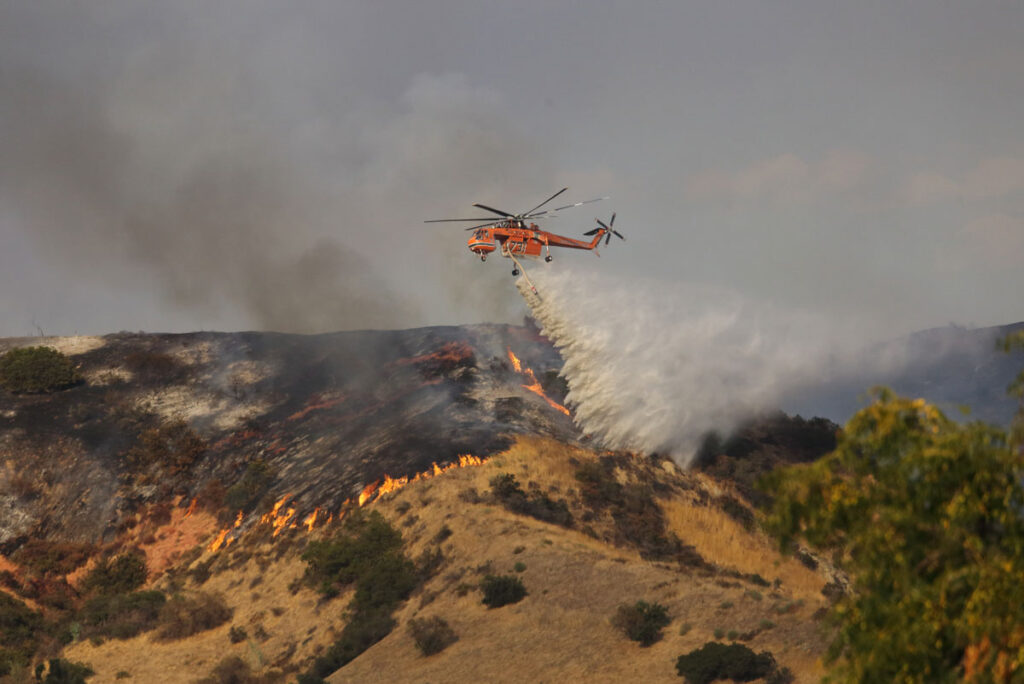 An individual or household may create an emergency plan including a checklist of what to pack in case of a fire evacuation, installing fire alarms on their homes, home hardening, and removing debris or overgrown landscaping from their properties making a perimeter of defensible space from their homes. By creating defensible space as well as being aware of nearby evacuation routes and having the proper information of whom to contact or get the proper information from during an emergency, citizens can have a better understanding of how to be prepared before a wildfire happens.

Evacuation and emergency response happen during a disaster

The government is responsible for taking action to extinguish a fire before they become out of hand; this may be done with the use of fire departments, local police, and volunteers; additionally, they should be tasked with getting the proper information out to citizens as efficiently and effectively as possible with updates as the situation evolves.

Communities should be on alert following the directions of the authorities during an emergency in case of evacuation ready to leave at a moment’s notice if within the warning zone, and if proper preparation was taken evacuation plans should be readied to be executed. Those within the area should wear N95 respirator masks both during and post-wildfire disasters as particles from residual smoke in the lungs may cause long-term damage.

Relief is what is needed by effected communities post-disaster

This relief can include but is not limited to financial assistance, temporary to permanent housing placements, animal relocation, replacement of lost items, food, and any essential items needed directly after a wildfire evacuation. Impacted communities should seek assistance after a disaster from their government, insurance agencies, private companies, and other relief actors involved to shorten the duration of additional exposure to vulnerabilities after a wildfire. However, opportunities for relief need to be a topic of communication during the prevention stage to better prepare people to know what their options are.

How does the community view current communication when it comes to disaster risk reduction?

An anonymous survey of 121 people was conducted, the majority of which were located in fire-prone areas (72.7%). From the survey, 40.5% of people said they had experienced a wildfire and of those people who answered yes, 46.9% said they have had to evacuate. Many of them chose to seek help from friends and family relying on their communities for refuge.

Of those who have taken the survey, a majority live in fire-prone areas yet are unaware of fire prevention policies or evacuation procedures.

Fires move fast and having a plan at home is a must, in my family even 11 and 14 year old know what to do. We evacuate animals early…We know what we are going to do, but are unaware if there is a county plan. Male, aged 40-59, expressed concern over not knowing official procedures for evacuation and prevention while emphasizing the need to create an individual plan of action.

From this survey we concluded that people do not know what to do in the case of an emergency, however, they want to be informed of the risks involved in the areas they live in as well as how to be prepared and act in an emergency.

With proper education on disasters and what can be done to mitigate the danger related to such events, people will be able to navigate an emergency plan that works for them, ultimately saving lives and property in the process. Ultimately, people should not live in fear of disasters, on the contrary, they should be aware of the risks involved in the areas that they live in and be educated on how to act accordingly.

Jocelyn N. Keller
Environmental Professional
With a background in environmental studies and international cooperation, focusing on energy management and design as well as sustainable emergency architecture, Jocelyn has done extensive research into a wildfire and community-based disaster risk reduction. After having experienced wildfire evacuations from her California home she has decided to further examine this topic.
Mail keller.joc@gmail.com
LinkedIn Jocelyn N. Keller
Share