The crackdown on the informal poor – a problem or a solution? 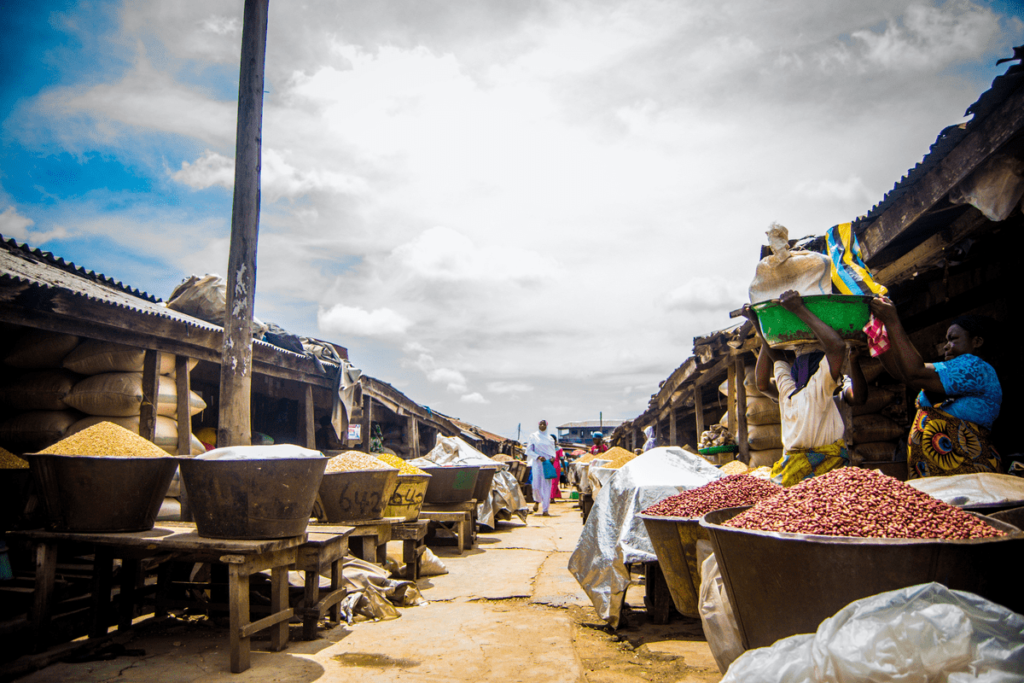 Surprisingly, the law on “wandering without a means of livelihood” which was enacted in the military era was abolished in 1973. Yet, the Lagos state mobile court Magistrates continue admitting and trying cases on an abolished law, and victims – the urban poor – are tried and in some cases demanded bail of N10,000 ($28). The chances that an urban street trader, beggar or wanderer can afford such bail cost are extremely low, and is an indication that the Lagos state mobile court is set up to exploit the urban poor and scare them out of the city. 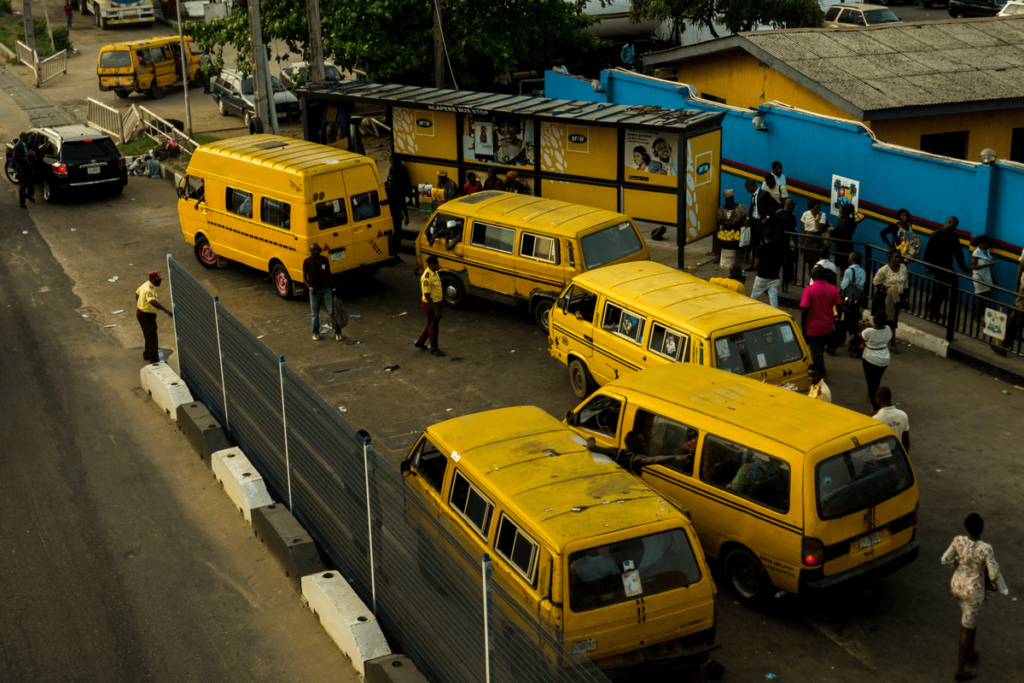 Human rights violations are common in Nigerian cities. However, this post focuses on the economies of slum households and criticises factors prompting informing informal livelihood crackdown, using Lagos state as a case study.

Urbanization is not peculiar to developing nations. Globally, people migrate internally and externally in search of better economic opportunities. This often puts pressure on urban infrastructure, and the poor respond by setting up or moving to informal settlements. The challenges of high rural to urban migration are, on the one hand, putting pressure on cities’ infrastructure, and on the other, exposing the lack of planning, exclusion and the housing deficit that exists in cities.

In advanced economies the government is more humane in their response. However, in emerging nations the response is often forced and illegal evictions. In Nigeria, a country with 18.8% of unemployment, through its city management agencies the state government has launched grievous attacks on the urban poor. This is seen in the criminalization of urban livelihood such as street trading and city upgrade and development law, prompting the rapid rates of forced evictions and illegal demolition.

In 2016, Justice Onigbanjo gave an injunction against the demolition of a waterfront slum community known as Otodo Gbame. On the 9th of April 2017 the Lagos state government illegally demolished Otodo Gbame, rendering 30,000 people homeless and without any source of income. In the early hours of the 9th April, the Nigerian police force stormed the community, shouting and setting fire to the residences of the Otodo Gbame people. In the process 11 people were shot and killed by the Nigerian police while a large number trying to escape the fire drowned.

Otodo Gbame had been in existence for over 100 years, and on June 21 2017, at the Lagos High Court in Obalende, Ikoyi, Lagos, Justice Onigbanjo ruled in favor of the Otodo Gbame people and other waterfront victim communities, terming their eviction unlawful and demanding compensation and resettlement.

The Lagos state government has since refused to discuss a way forward on this ruling and the displaced people of Otodo Gbame are still homeless, without income or hope.

In November 2017 we embarked on a comparative research on the socio-economic cost of displacing the urban poor, by comparing an existing slum community (Ago Egu Bariga) to the recently demolished Otodo Gbame.

Our aim was threefold:

To examine why slum communities are rapidly emerging in cities, we added two controlled cluster communities tagged community A and B. Both have existed for five years or less. The commonalities between all four communities are divided into two: Ago Egun Bariga and Otodo Gbame were both water and land settlement, with fishing as the main source of income, and the dominant groups in both communities were the indigenous Egun people. While community A and B were resettlement shacks on land whose dominant population were victims of forced evictions and victims of internal displacement from the security and humanitarian crisis fleeing war in North-East Nigeria and seeking opportunities to restart their lives.

We used various methods such as household surveys, reviews of available literature, interviews, and observations from focus group meetings at the Nigerian Slums and Informal Settlement Federation. A total of 1550 households were sampled in four communities.

This study is co-authored by Dr. Ogochukwu Okanya, an assistant Professor of Economics from the Institute of Management and Technology in Enugu, Nigeria.

One of the main reasons we wanted to examine the impact of forced evictions from a socio-economic perspective was that the urban poor are seen as an obstacle to be overcome in the process of development, as opposed to an integral part of the solution. This has shaped social perceptions and influenced public policy for a long time. The government often pushes this narrative by focusing on the need to develop cities and attract investment.

Without an in-depth understanding of the socio-economic realities of slum households and their contributions to informal economies, all sorts of assumptions and misconceptions flourish, reinforcing the abuse of the urban poor. The most common of such stereotypes is that the slum dwellers are criminals, uneducated, and are hazardous for the city. This stigma increases when vested interests and the government become interested in the land occupied by slum communities.

Our findings suggest that forced evictions in Lagos State qualify as land grabbing. Because land is a scarce commodity, the government forcefully repossess land that has been occupied by the people for over one hundred years, despite breaking the law and causing grievous human rights violations. One of the key enablers of such violations is the complexity of the 1978 Nigerian Land Right Act. This law states that if a group of people has occupied an open land for twenty years, the land automatically becomes theirs. The bureaucracy and politics involved in acquiring the documentation of land ownership make it impossible for the poor to legally claim their land. What this means is that as states urbanize, land occupied by the poor will become liable and the government will continue to abuse its power and forcefully evict the poor. Otodo Gbame had existed and was occupied by the indigenous group known as the “Eguns”. The “Egun” are a group of fishermen and women whose forefathers migrated from Badagry to Lekki, Lagos over 100 years ago for fishing purposes. Our findings also contradict the notion that the slum dwellers are a liability, and suggest that they are major drivers of the informal economy.

The table below illustrates the household income of the sampled population in the four communities. It is important to note that these figures are based on the most frequent average and the most frequent highest monthly income. 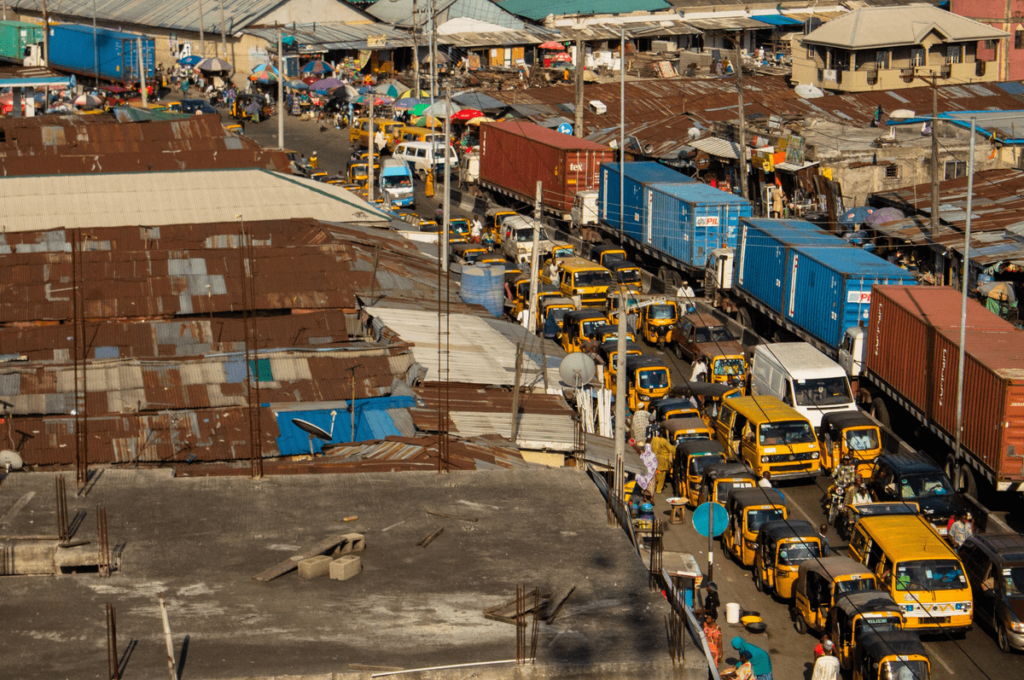 Besides homelessness and a loss of livelihood, forced and illegal evictions increase the vulnerability of the elderly, women and children. It also disrupts the attendance and enrolment in formal education. For example, prior to the evictions 63% of children between the ages of 4-17 in Otodo Gbame who were previously enrolled and attending school are no longer doing so. At present, none of these children are attending school. Forced evictions also increase vulnerability for the slum dwellers. For example, 89% of the sampled population from the Otodo Gbame community remain homeless and without a source of income since their eviction.

The major drivers of slum formation in the Lagos state are failed urban planning and exclusive government policies. As with most states in Nigeria, Lagos State was not planned. Urbanisation was part of development, and there was no master plan for the design of the state.

What this means is that a settlement could be destroyed to pave way for road construction, etc. or land owned by the poor could suddenly become attractive as development expands. Additionally, housing affordability remains largely ignored in the state’s policy agenda. In 2016, the Lagos state government embarked on a low-cost housing scheme targeting the poor and low-income earners. The project known as “rent to own” is a mortgaging scheme that requires 30% equity and a monthly installment afterward for a period of ten years. The bare minimum of this 30% is approximately seventy-five thousand Naira ($209). The cost of this scheme defeats the purpose for which it was created to solve. The average slum dweller in Lagos spends 1,000 to 5,000 Naira on rent per month, and thus the question becomes, what is affordable and affordable for who? In addressing the housing deficit in most cities, affordability for the masses – in most cases the urban poor – must be prioritized.

In examining why more slums were emerging, we sampled 100 households in both the controlled cluster A and B. 66% and 35% respectively of indigenous people of Otodo Gbame were found in community A and B, showing that forced evictions are unsustainable, as they prompt slum emergencies. Also in community A and B, 20.4% and 35.5% respectively were found to be internal refugees of the security and humanitarian crisis victims from northern Nigeria, whose main reason for migrating to Lagos was a chance to rebuild their lives and ended up in the slums due to the housing challenges in the state.

The main reason that people lived in these communities was indigenous rights, accessibility to livelihood sources (fishing for Ago Egun) and the cost of housing for community A and B. We found that informality is both a cause and consequence of poverty and that the approach and policies of Lagos state is creating more vulnerability for the urban poor.

In conclusion, tackling poverty requires intentional policies more focused on the poor, and in this case, the reverse has been the case – attacks on the urban poor are an indication that the Lagos state government is fighting the poor rather than poverty. The needless displacement of an economically vibrant population of 30,000 people, the impact on children’s education, income and other livelihood components raises doubts about the government’s understanding of what inclusive growth is, the appropriate framework for the reduction of inequality and poverty, and more critically, it leads to questioning the policymaking process and the evidence supporting policy formation.