Calling for a gender approach to “smart” and “resilient” cities

Written by
Sunita Kotnala and Rajashree Ghosh
Published on
March 19, 2018 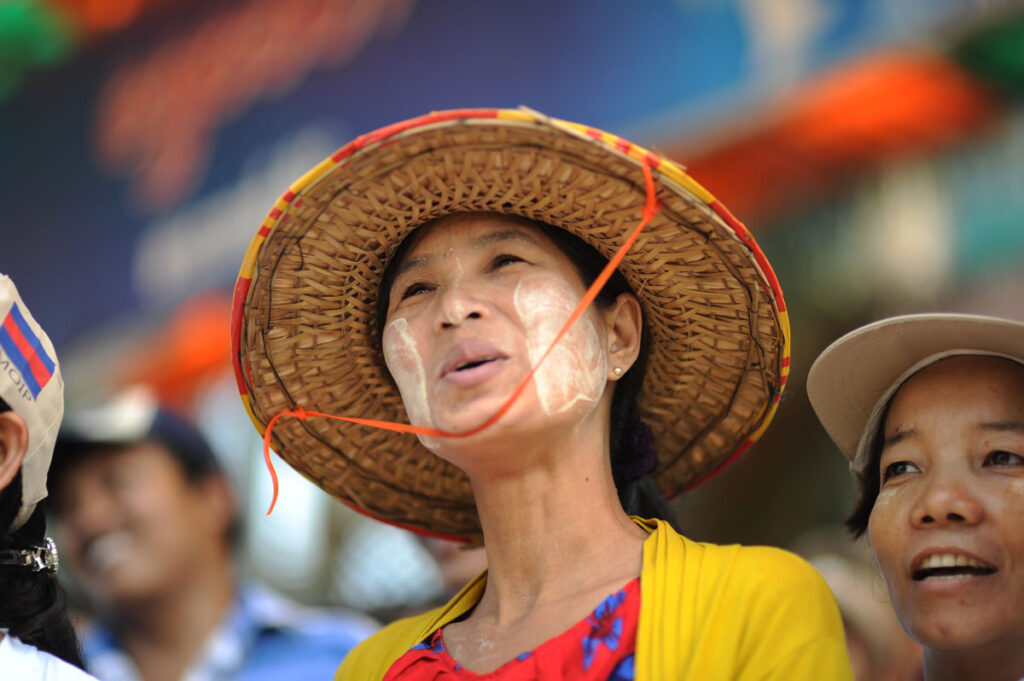 Given the policy imperative to develop “smart cities”, it is critical to explore the connection between gender and urban development in relation to urban resilience in smart cities.

Women’s contributions towards the prosperity of the city, often associated with urbanization are rarely reflected in returns and benefits such as safety, equal opportunities and participation. Existing research demonstrates lack of gender in planning and development of smart cities since the inception of the term in the 90’s.

Globally, the New Urban Agenda (NUA) 2016 calls for a paradigm shift in the way cities are planned, developed, governed and managed.  The current framing of Goal 11 – safe, sustainable and resilient cities- is broad and speaks to all dimensions of sustainable development, however it does not address the engendering of ‘smart cities’.

Smaller and intermediate cities will grow faster than others, it is imperative that gender- especially women and girls are at the forefront of all city planning. Considering that the National Voluntary Reviews (NVR) for SDG’s will be focusing on Goal 11 at the High Level Political Forum (HLPF) for monitoring of the SDG’s, the benefit from women’s participation (or lack of) in creation of safe and resilient cities audited and recognised. 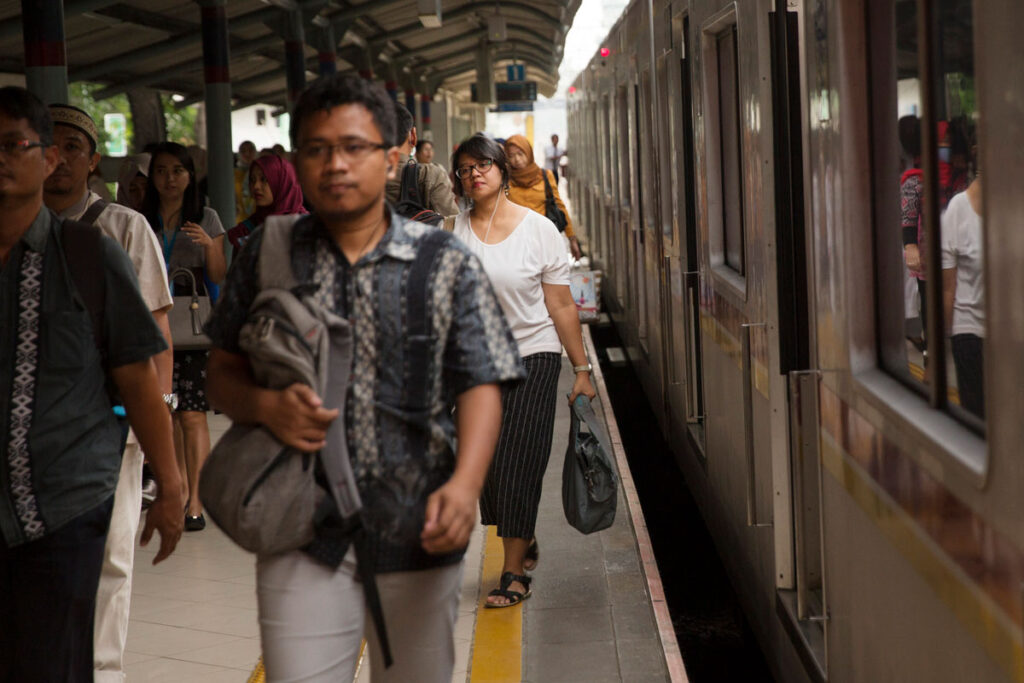 Smart cities are presented in most discourses as technologically supreme with a resilient infrastructure. The European Commission states that “Smart Cities have been characterized and defined by a number of factors including sustainability, economic development and a high quality of life. These factors can be achieved through infrastructure (physical capital), human capital, social capital and/or Information and Communication Technologies (ICT) infrastructure.” Planning literature about smart cities frequently asserts that a smart city is a safe city but remains silent on the inclusion of women in planning of these smart cities.

Both “smart” and “resilient” appear in the same sentence but often the latter represents the outcome of the former. There is a need to gain better understanding of the historical evolution of the term ‘smart city’ and “resilience” in international policy frameworks, and any significance to gender inclusiveness. Over the last decade, the use of “resilience” has increased at an exponential basis in the literature on climate change adaptation and disaster risk reduction (DRR) – concept and practice of reducing disaster risks through systematic efforts to analyze and manage the causal factors of disasters. Increasingly DRR is used to develop strategies for ‘resilient cities’ to enhance their ability to withstand and recover from deliberate attacks, accidents or naturally occurring threats or incidents.

And yet, the historic example Hurricane Katrina proves that New Orleans was not prepared  to manage a natural threat. Women with children, women on their own, elderly women in wheelchair comprised 54% of the population of New Orleans. They were the victims. This meant that the gender gap amongst victims was even more dramatic than race gap (US Census Bureau, 2004). Women’s “invisibility” or as Ait Belkhir (2007) calls it “not noticing” resulted in complete albeit willful blindness about the rapes during the New Orleans disaster is particularly disturbing.

Urban spaces represent lived experiences through which a variety of spaces are constituted within and beyond the scope of the city. Resilient and smart cities need to include human solutions that reduce the systemic barriers to gender equality and gender safety as prerequisites in all smart city plans. Discussions about city safety are generally restricted to crime reduction through the Internet of Things (IoT)  interventions without addressing gender-based violence at the interpersonal and community level. Although the focus on CCTV cameras have to be useful crime deterrent strategies, they do not eliminate violence against women either in public or private spaces.  For example, despite being digitally connected, Australia is in the middle of an epidemic of domestic and family violence where one woman is killed every week as a result of intimate partner violence.

Given that around the world there are no data protection regimes especially in the face of new technologies such as cloud computing and the IoT assaults on women are being recorded using smartphones and other devices. The videos are streamed primarily for male voyeuristic entertainment, to intimidate, blackmail and bully women and girls. Threats on Twitter and Facebook are rampant and unfortunately are carried out more often than not against women, girls and LGBTQI. An imminent global action is required that prioritizes citizens’ human rights and the rights to privacy in physical and digital life. More clearly, women’s experience and access to the city and the “right to the city” is crucial in addressing actual violence and fear of violence.

On paper the Indian “smart city” is verbose and undefined. The Indian government document reads “what is meant by a smart city? …the answer is, there is no universally accepted definition of a smart city.” It does tell us what smart city offers – sustainability in economic activities,  employment opportunities to a wide section of its residents, regardless of their level of education, skills or income levels. 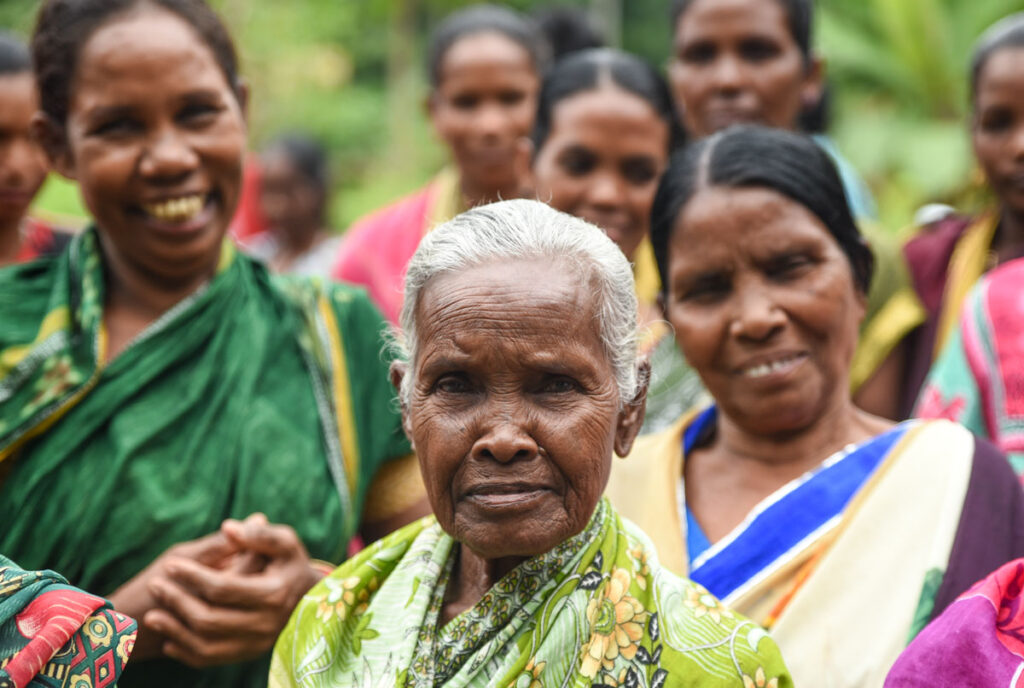 Image: Women in a community from Odisha, India © Arvind Jodha.

Foreign investment and corporate interests such as IBM, Accenture, CISCO are making forays to make the “hardwiring” through e-governance, urban mobility and sanitation and waste management. For the less developed countries like India, it remains an evolving and challenging concept given that rising number of urban residents – women and men – live in inadequate and underserved areas (Ghosh 2016). Absent in this dialogue is the role women are going to play as active citizens in the designing of smart cities.

The vast majority of urban India faces poverty, gender-based violence, scarcity of water supply and sanitation, inadequate health care and unemployment. With the advent of “smart cities” in India significant changes are on the anvil, the impact on women, men and communities are manifold. There is lack of clarity in policy documents and details on “inclusiveness” have been left out.

This glaring inadequacy is apparent in Dholera, a city in the western state of Gujarat, India. “Six times the size of Shanghai” – Dholera is also a special investment region (SIR). By law and by virtue of SIR, the state government can take 50% of the farmers’ land (to build amenities like hospitality, entertainment) without compensation, and return the other half at a different site after “readjustment” (Kohli 2016). In other words, the locals engaged in growing crops can be dispossessed of their property and deprived of subsistence. Policy-wise, the smart city failed to include the constituents in policy and planning. Those impacted by SIR are now engaged in a protracted battle with the government to voice their protest against land grabbing.

Women cannot be recipients of “add-ons” of projects.Their material labor, knowledge production, care and leadership roles in community conversations and debates and policy thinking need to be heard and seen. In keeping with the transformative nature of 2030 Agenda, Goal 5 related to gender equality and the human rights of women and girls must be recognized as a cross-cutting issue critical for the success of liveable cities that are both smart and resilient. 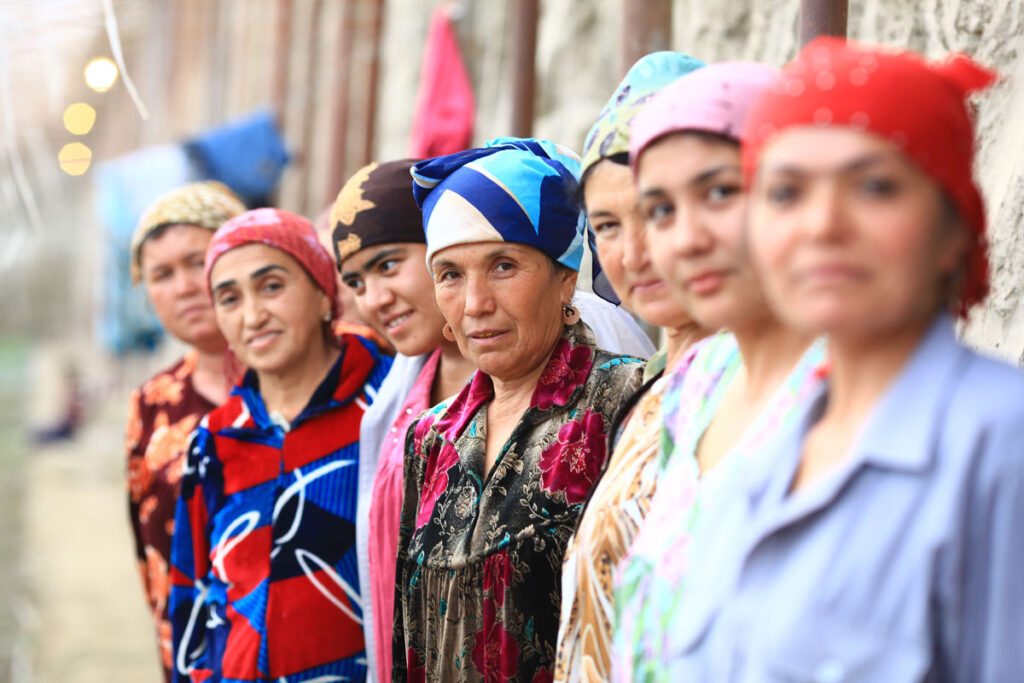 In calling for a gender approach we recommend that city administrations show vision and leadership in development of cities that have ambitious plans for inclusion of women and LGBTIQ members of all ages in urban policy implementation for realization of human rights for all. Women and girls should also be seen/ visible as citizens, recognized for their agency, skills and experience they can contribute.  Our own ground level experience and policy contributions at national and international levels provide us with first-hand experience of acutely felt concerns of social exclusion in urban spaces but also generate significant and innovative responses.

Any urban strategy must recognize that violence against women in personal and public spaces in one of the biggest stressors of city life for women. Vast knowledge bases are deliberately ignored or minimized, leading to very minor changes in gender monitoring of urban policies, despite growing criticism of their effectiveness or drawbacks in addressing safety of women. As a result, the information gathered predominantly reflects the types of knowledge historically held by men, yielding a perspective that is at once skewed. Even those academics, communities, and governments interested in consulting with communities for the purposes of planning, monitoring, and managing land use have largely ignored the knowledge traditionally produced, preserved, and transmitted by local women.

Borrowing from Andres and Round’s (2015) “persistent resilience” – a concept developed to refer to a continuous and long-term process whereby households, respond not just to ‘shocks’, but also to changing nature of employment and/or responses to constantly altering state policies. They demonstrate that, “persistent resilience” is often formed in the semi-formal/informal spaces of everyday life, which, in many cases, will be destroyed by cuts to government funding to communities. Thus, they advocate for a more nuanced, everyday understanding of resilience and the spaces within which it is formed and transmitted.