Barcelona advances progress on the Paris agreement on climate change 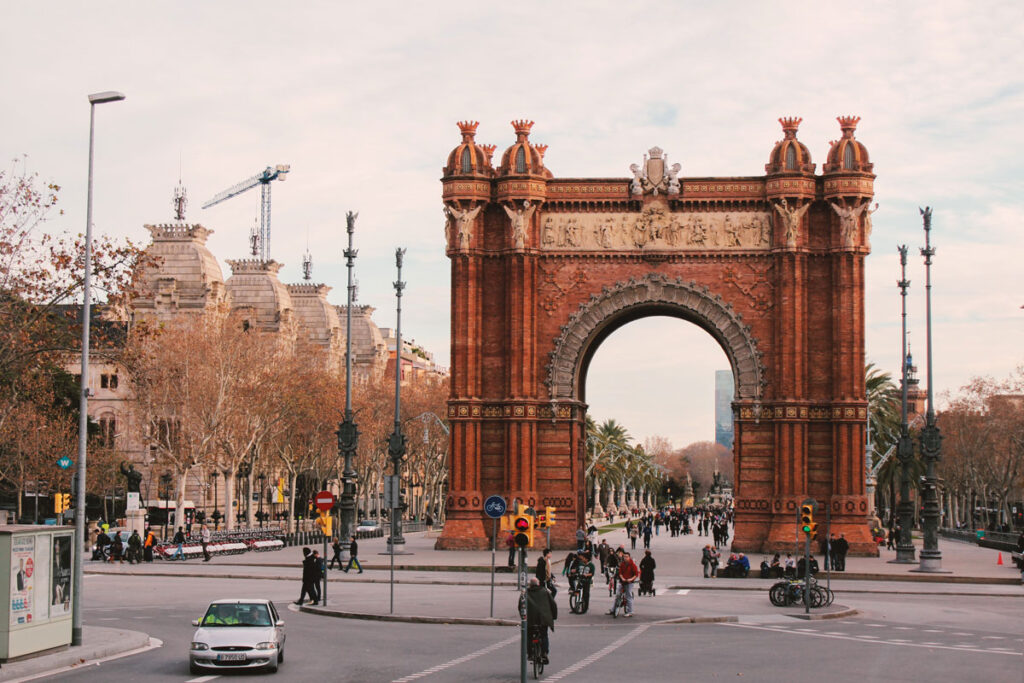 Barcelona City Council is now equipped with the Pla Clima (Climate Plan). This cross-cutting strategy contains 242 actions running up to 2030 and complements the Paris Agreement on the fight against climate change. By implementing the plan, the City Council is picking up the pace towards reducing emissions and advancing towards the levels called for in the Paris agreement by 20 years.

The Climate Plan is the roadmap that will be implemented to achieve a 45% reduction in emissions by 2030 and become a carbon-neutral city by 2050, aligning Barcelona’s goals with those of the Paris summit’s target to not exceed a 1.5%increase in temperatures.With citizen action being one of the pillars of the Plan, the City Council is promoting a line of direct subsidies of up to €1.2M between now and 2030 for collaborative citizen projects that tackle climate change.

For the first time, detailed information is available on the effects climate change will have on the city if it does not act quickly enough: higher temperatures, less water, more droughts, more flooding and difficulties maintaining beaches. 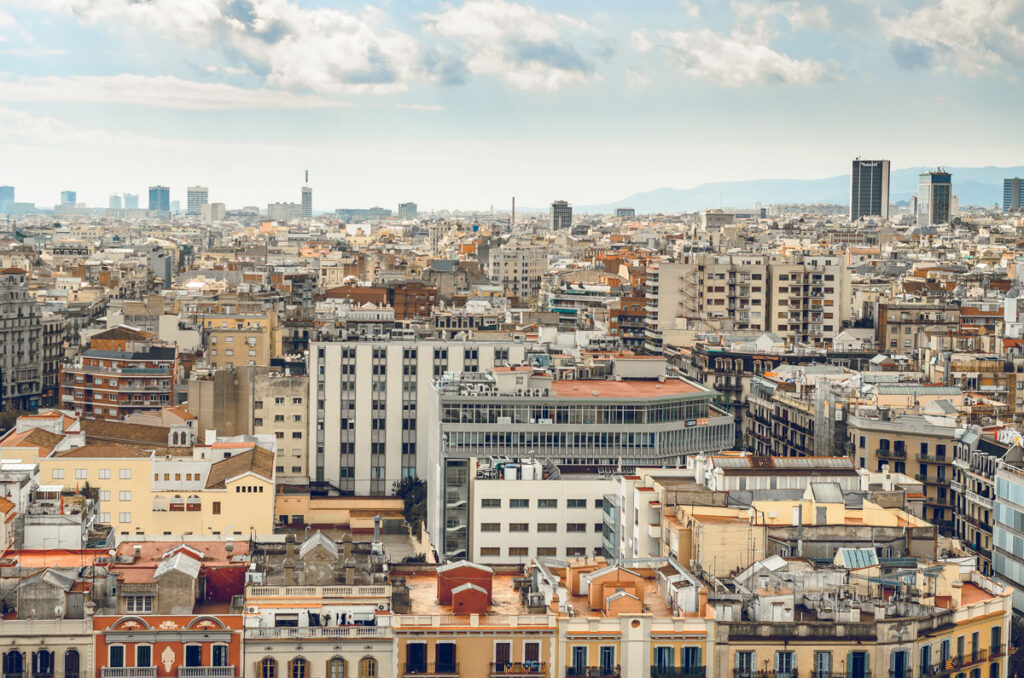 Towards an emission-free city

At the 21st Conference of the Parties (COP21) to the United Nations Framework Convention on Climate Change in 2015, all participating member States reached a new international climate agreement aimed at collectively reducing emissions and ensuring that the increase in global temperatures would remain under 2ºC, and to do everything possible for it not to exceed 1.5ºC.

The evidence from all the existing studies shows that the States’ commitments made thus far are insufficient to achieve this target, and that the proposed measures are not being implemented fast enough.

Faced with this situation, cities and urban areas where most of the planet’s citizens currently live and where most of the emissions are produced, are playing a leading role in seeking more ambitious and urgent action.

At the Paris Summit in 2015, the Mayor of Barcelona, Ada Colau, presented the Barcelona Climate Commitment. An international example of citizen participation that has established a series of targets by working with nearly one thousand entities–businesses, schools, etc. – to move towards a city that takes responsibility in response to climate change issues.

Now, Barcelona is taking another step by presenting the Climate Plan. This is the roadmap that the city has set out for its contribution to the Paris goals, further assuming its responsibilities and the city’s leadership role, fully in line with the actions of other major cities in the world, such as New York, Paris and London.

The Plan shows the municipal commitment to the fight climate change from now until 2030, highlighting the climate dimension of existing policies and proposing new measures. The plan pushes for cross-cutting actions that incorporate proposals into the main areas in city governance, namely: housing, mobility, the economy, energy, health, waste management and consumption.

The Climate Plan pinpoints how we can turn the problem of climate change into a driving force for positive change that will improve the city on all levels, while complying with its responsibility to this global problem.

The contents of the Plan can be consulted via the following link: lameva.barcelona.cat/barcelona-pel-clima/ca

The Climate Plan sets ambitious and, at the same time, necessary goals that can be summarised in the following four main pillars:

Mitigation: mitigating the effects of climate change and putting the brakes on the greenhouse gas (GHG) emissions that cause it

Adaptation and resilience: adapting the city to what are now inevitable consequences

Climate justice: prioritising and keeping the most vulnerable people at the centre of climate policies

By implementing the plan and applying all the measures it includes, the City Council of Barcelona expects to accelerate its pace for reducing emissions and advance by 20 years in the achievement of the levels necessary to comply with the Paris agreement.

To achieve these targets, the Climate Plan sets forth the 242 measures grouped into 5 action areas and 18 lines of action to be implemented between now and 2030.

Services, facilities and housing for the most vulnerable people will be adapted and improved to cope with climate change. All of the necessary resources will also be put in place to ensure that they do not have their power or water supplies cut off, while promoting local energy production adapted to their needs.

The commitment to renewable energy production will be unwavering, in line with the municipal policies rolled out in this area throughout the duration of the mandate. Developing the energy operator, multiplying solar power energy generation by five and refurbishing 20% of the buildings over 40 years old, are one of the key measures of this strategy.

Action to improve energy efficiency will be stepped up in buildings, housing and facilities, in order to reduce their energy demand, optimise energy consumption and boost self-consumption, with the aim of progressing towards zero-consumption buildings. Likewise, rooftops and façades will be promoted that provide value-added socio-environmental services.

Measures will be taken to make this a zero-waste city. That means promoting waste recycling, increasing it by 25% in order to reach 60% in total. With regards to water, the Plan provides for a reduction in the rate of consumption to 100 litres per inhabitant per day, as well as promoting the use of alternative water resources, such as regenerated water or increasing the current reuse of groundwater.

The Plan calls on the general public, institutions, organisations, retailers, companies, etc., to make an unwavering commitment and act both individually and collectively to meet the challenges posed by the fight against climate change.

It is a question of extending the climate culture to all the neighbourhoods and dealing with their specific problems. As well as giving citizens the necessary skills to reduce emissions and adapt to climate change. That means raising public awareness of the effects of climate change and on the city’s ecological debt and global responsibility.

The Climate Plan encourages initiatives from citizens’ organisations in the fight against climate change. One of the Plan’s main new features is the publication of a line of subsidies that give support and equip citizen projects with resources. These subsidies are for projects that promote a reduction in greenhouse gas emissions, the city’s adaptation to climate change and/or climate justice.

The idea is to boost projects related to saving energy, energy efficiency and increasing the use of renewable energies; sustainable mobility, increasing agricultural and green spaces, waste prevention, education and communication, etc. These are initiatives developed by the general public and organisations that help achieve the Climate Plan’s goals.

Overall, the City Council will allocate €1.2 million in subsidies for these types of projects between now and 2030. The terms and conditions of the first line of subsidies have already been approved, with an initial allocation of €200,000.

The projects that are taken forward must place value on both the process (in collaboration with at least three organisations) and the results (focused on Climate Plan goals and targets) so they stand out in terms of social innovation. They need to offer better solutions to the city’s socio-environmental problems compared to the existing models and practices and, at the same time, increase society’s capacity for action by creating new collaborative relationships.

An evaluation committee will be responsible for selecting activities and projects that will be subsidised. It will be made up of Municipal Government and Urban Ecology Area representatives.