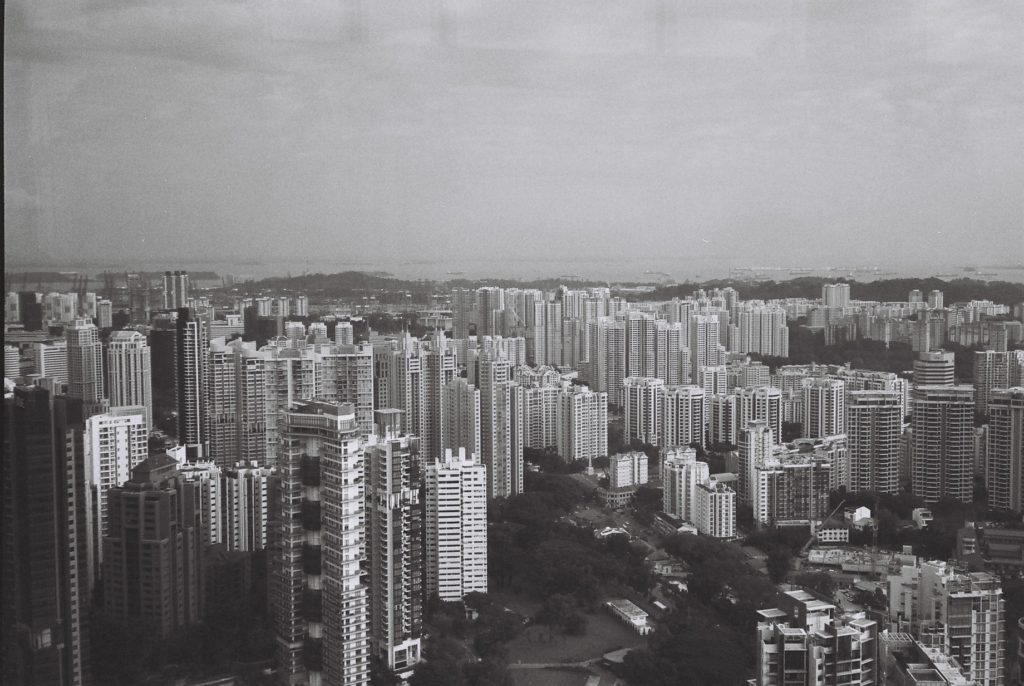 Frequently referred to as a buzzword, the emergent focus on resilience has allowed it to become an increasingly normative framework to envision future urban development within – often in contemporary contexts, informing multi-dimensional facets of urban development. [1][2]

Resilience is mentioned 29 times in the New Urban Agenda (NUA), 20 times in Transforming Our World: The 2030 Agenda for Sustainable Development and 6 times in the Paris Climate Agreement. Furthermore, goal 11 of the Sustainable Development Goals (SDG’s) aims to ‘make cities and human settlements inclusive, safe, resilient and sustainable’ – resilience is the underlying mobilising philosophy of the SDG’s. [3][4][5][6]

Prevalent in both scientific and non-scientific fields, researchers have identified the inability of ‘sustainability’ to sufficiently address the rapid changes brought upon by urbanisation. Subsequently, resilience has emerged as a new paradigm which has been widely adopted in urban design/planning (urban studies), ecological sciences, psychology, engineering, sustainability studies, economic development, governance/public policy and social studies. [7][8] However, despite this transformative popularity, resilience remains to be a vague and malleable term. Contemporary urban resilience theory literature has gravitated towards defining urban resilience as:

‘the ability of an urban system and all its constituent socio-ecological and socio-technical networks across temporal and spatial scales to maintain or rapidly return to desired functions in the face of a disturbance, to adapt to change and to quickly transform systems that limit current or future adaptive capacity.’ [9]

The above definition has been developed through a series of rigorous studies examining and identifying the taxonomies of urban resilience across several disciplines, importantly, the definition remains diverse and adaptable. Identified in the UN Urban Resilience Trends Report, ‘urban resilience’ (as a conceptual framework) remains contested in its definition, however, this contestation acts as a catalyst for cross-disciplinary collaboration – a noted strength in urban resilience. [10][11][12] The consequence of this malleability is in the subsequent difficulty to create generalisable indicators to operationalise urban resilience. [13][14] The purpose of this article is merely to illuminate the term urban resilience by constructing an understanding of the origins of resilience theory and what constitutes the ‘urban system.’ From this, we are able to ascertain why urban resilience is difficult to define, the current phase of urban resilience and the unifying concepts amongst major organisations/disciplines.

Resilience is a term originating in ecological literature, popularised by Crawford Stanley Holling’s seminal paper, Resilience and Stability of Ecological Systems. [15] Since this publication, there has been a growing interrelation between resilience and urban development. Researchers have conceptualised this growth into phases, documenting the generation, emergence, expansion, integration with infrastructure sector, synthesis and operationalisation phases. [16] With each phase, a new discourse is engaged, consequently, the ambiguity and blurring of various research fields have thereby, made defining resilience relatively contested – constantly evolving and adapting to contemporary conditions. As we move towards a focus on the operationalisation of urban resilience in the current phase, this malleability serves urban resilience to function as a unifying term – creating cohesion amongst various actors across distinct sectors and supporting cross-disciplinary collaboration. [17]

Figure 1. A simplified timeline of resilience theory and the formation of urban resilience. 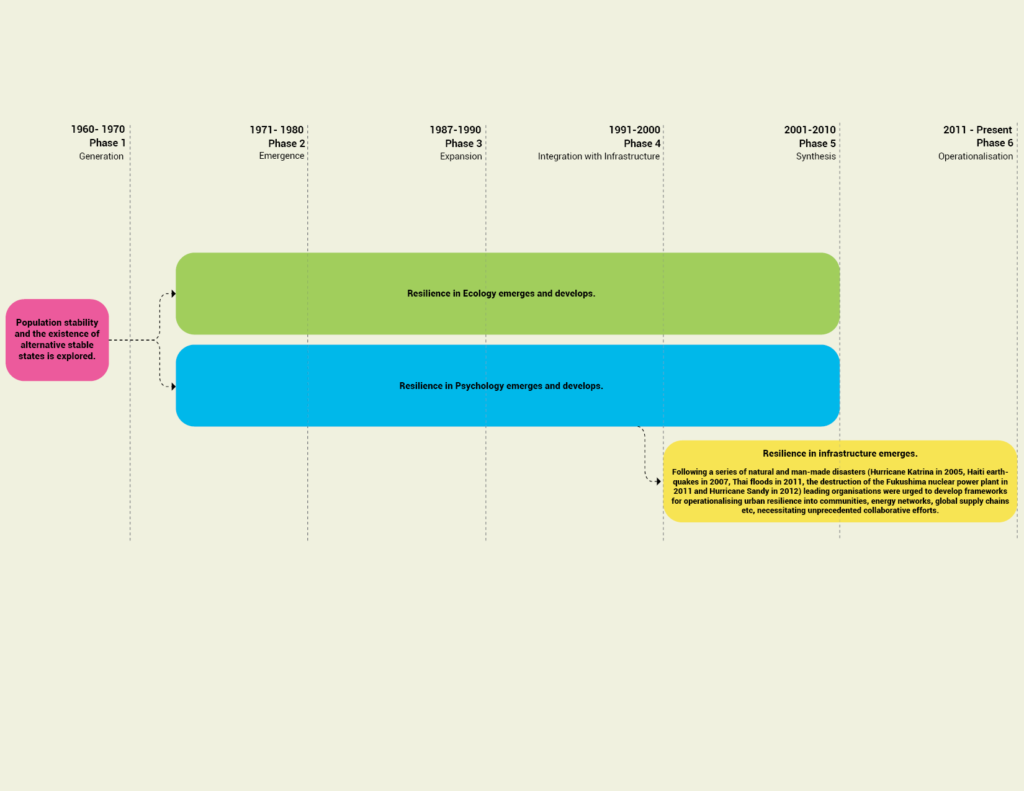 Conceptual tensions between ecological and engineering definitions of resilience are widely documented; often ecological resilience refers to a system as having multiple stable states, whereas engineering refers to resilience as having one equilibrium. Inspired by Folke (2006, 259), resilience concepts were broken down into engineering resilience, ecological/ecosystem resilience and social-ecological resilience. [18] The below table highlights the many unique characteristics of each concept and illustrates why, even in resilience theory studies, the concept has several variations – it is here where we can further understand the complications with defining resilience. In addition to this, more recent literature has led researchers to summarise the differences in the various interpretations, outlining precision (resilience is not yet defined as a process or outcome and whether or not it is an umbrella term applying to individuals, communities, physical infrastructure or governance institutions) and context (range of scales from individuals to nations and distinguishing between resilience and adaptation) as systemic issues. [19] 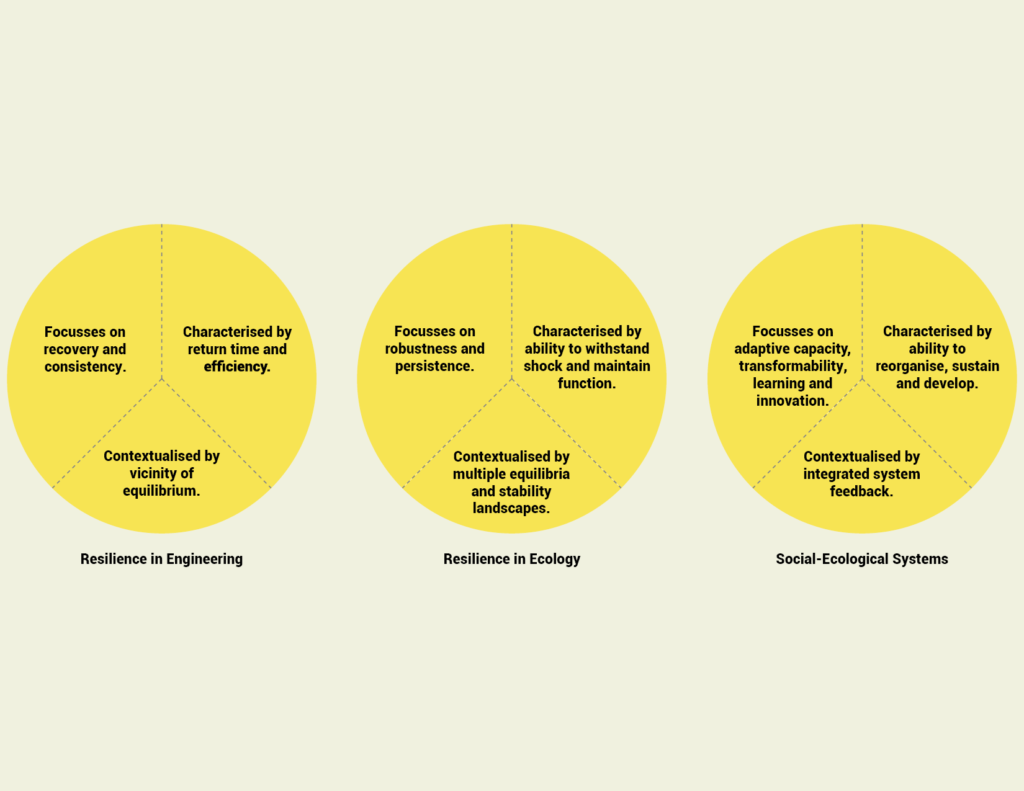 What is the Urban System?

Dubbed ‘the century of urbanisation,’ the rapid rate of urban development has seen an increasing number of megacities and urban dwellers. The resultant impact has an immense strain on a complex networked urban system. As we collectively address these issues, urban resilience has emerged as the normative framework in which we construct an understanding of cities. However, as we broadly understand resilience to deal with a system’s ability to respond and adapt to shock, we must first understand what is comprised within the urban system and what is the resultant outcome of this complex system.

The dominant framework to understand the specific constituent components of the ‘urban’ have been adopted in the OECD and UN-Habitat’s Urban Resilience Framework and similarly represented in the literature. [20] The below diagram illustrates the urban as a multi-dimensional system, not only focussing on ecological factors such as climate change, but social, economic and political variables which operate on a network of multi-scalar levels. [21][22] 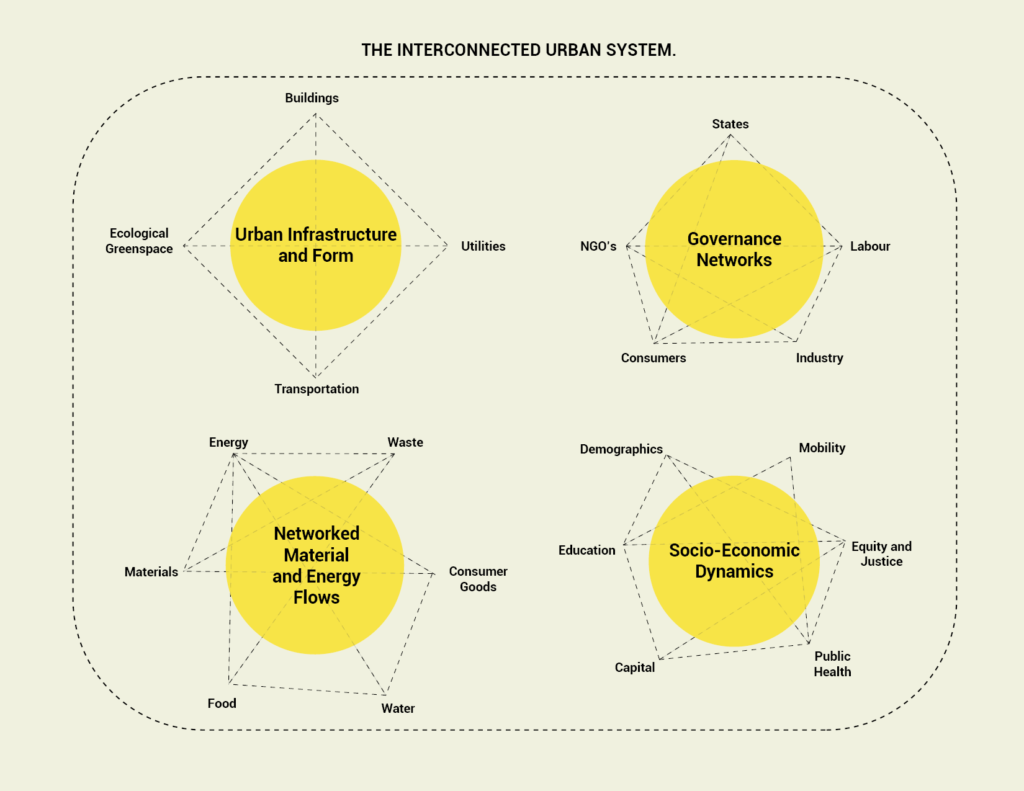 How is Urban Resilience Defined Today?

The below diagram illustrates the various unique definitions global organisations have adopted. Prevalent amongst them is the integration of a holistic understanding of the urban, associating urban resilience with not just disaster/risk management, but with the constituent social, economic and ecological factors. However, the most interesting divergence lies with the Urban Resilience Hub, which facilitates the mobilisation of urban resilience toolkits; this focus on the measurable ability of the urban system encapsulates the current phase of urban resilience – operationalisation. A definition which incorporates the need to quantitatively understand urban resilience and subsequently attempts to drive urban resilience away from conceptual theory and towards practical operationalisation. As a result, the tools UN-Habitat mobilise, such as the City Resilience Profiling Tool (CRPT), acknowledge the totality of the urban system, addressing multi-stakeholder engagement and action.

Interestingly, the definitions further identify the role of municipalities in forging urban resilience. Often understood as the first governmental agency to respond or prepare for natural disaster recovery/mitigation, the IPCC (Intergovernmental Panel on Climate Change) have suggested that international efforts to implement urban resilience may not necessarily materialise and improve disaster risk reduction at the local level – often, this can manifest in tension between local and national policies. [24][25][26] 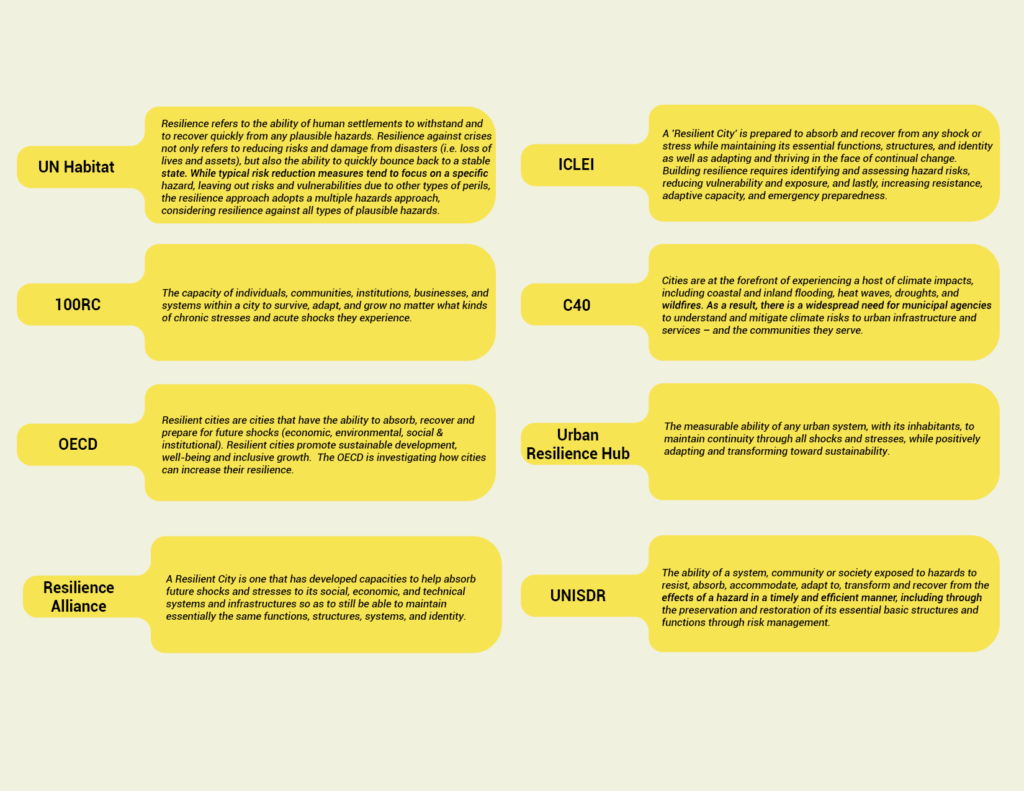 ISO 37120, this is the International Organisation for Standardisation document titled Sustainable Development of Communities – Indicators for City Services and Quality of Life. This represents the ISO’s first attempt at international standardisation of urban resilience indicators, attempting to unify a common understanding across multi-scalar institutions. ISO 37121, Sustainable Development in Communities – Inventory of Existing guidelines and Approaches on Sustainable Development and Resilience in Cities, was adopted in 2017 and represents a paradigm shift in the implementation of urban resilience. [36] This 3-year progression reflects the new phases of understanding urban resilience, moving towards operationalisation. As a result, leading organisations have adopted increasingly sophisticated and integrated definitions which unify cross-disciplinary actors, promote quantifiable indicators and recognise the holistic qualities of the networked urban system. Approaches to achieving urban resilience have, therefore, been integrative (often encompassing several disciplines) strategic policies informed by strong governance with the purpose of navigating urban development.

This contemporary operationalisation of urban resilience has materialised, for example, in Singapore, where researchers and practitioners have responded to both the AVA (Agri-Food and Veterinary Authority of Singapore) and the Singaporean Institute of Architect’s (SIA) call to increase Singapore’s future food security via architectural/urban design solutions. The result of this has been hypothetical developments which integrate communal food systems into apartment living, thereby alleviating Singapore’s fragile food security issues. This outcome is emblematic of contemporary efforts to achieve increased urban resilience by cross-disciplinary collaboration – uniting permaculture experts, NGO’s, urban planners/designers, architects and community members. [37]

Whilst the research often refers to resilience theory as conceptually contested, urbanisation continues to necessitate new paradigms of urban development. Consequently, resilience has been increasingly defined as a malleable term, one which should be considered a unifying concept but subsequently, poses challenges of mobilising resilience theory into practice. The SDG’s offer an overall development framework in which resilience drives the approach for integrated development. [38] However, as organisations such as UN-Habitat or 100RC develop toolkits to identify adaptive capacity, risk and methods to increase urban resilience, a new phase has emerged. What is inherently difficult to define within resilience theory results in a flexible term which offers actors the freedom to create adaptive responses – this unifies the various complex fields of research and practice which adopt urban resilience as a normative framework. [39][40] In this context, we must recognise the importance of the varying definitions of urban resilience, however, it is pivotal that we begin to mobilise urban resilience with progressive refinement to existing toolkits.

[16] Beigi, Shima. 2016. “The Timeline of Resilience: A Roadmap for Cross Operationalisation of Resilience.” Ecology and Society. 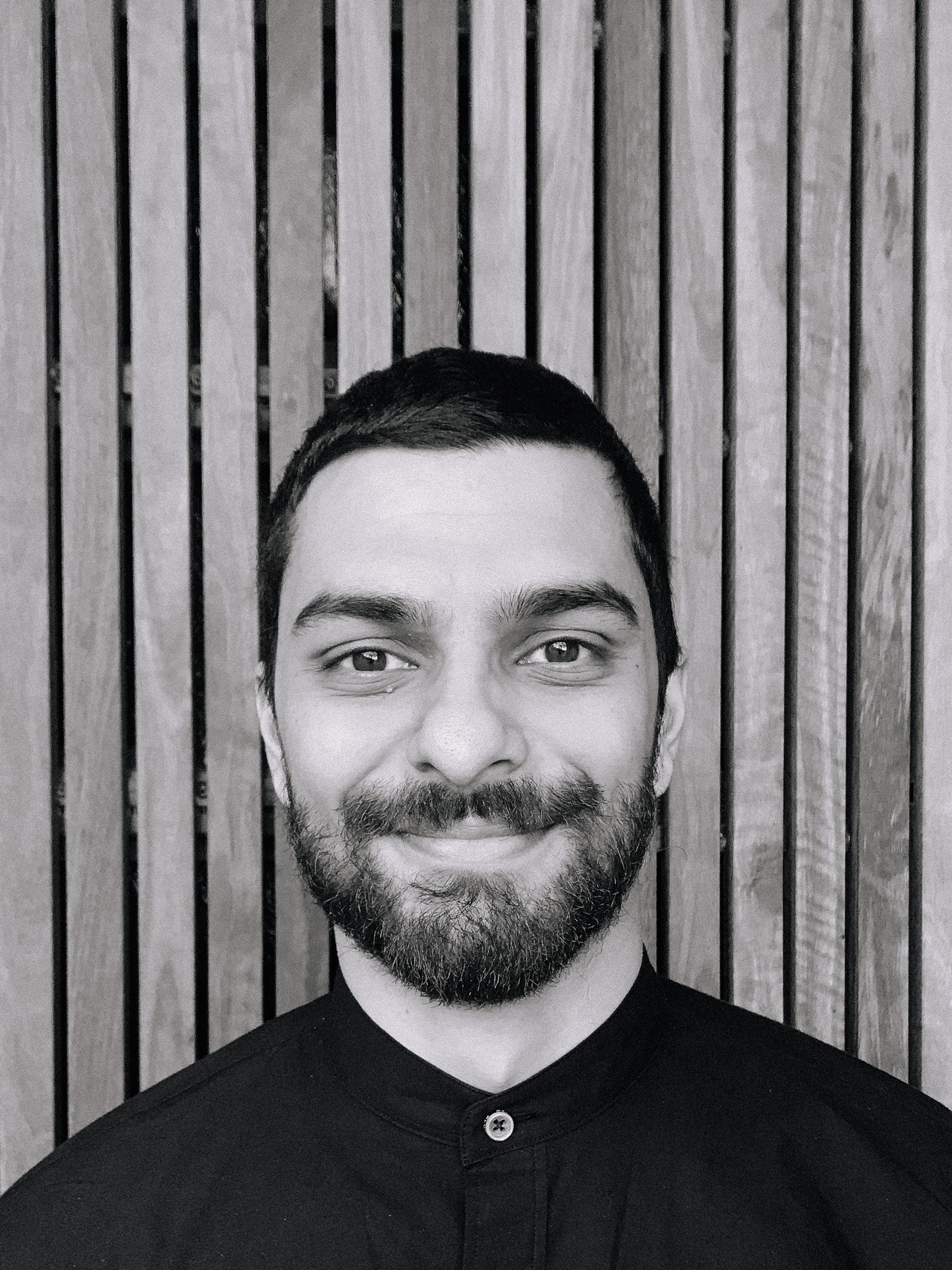