Barcelona places its bet on resilience

As announced in the article La Resiliencia Urbana, clave del futuro de las ciudades (Urban Resilience, Key for the future of cities), urban hubs across the world are initiating their journey towards becoming resilient and protecting their inhabitants, goods and functionality in the face of crisis. This is also the case of Barcelona, one of the partner cities of the City Resilience Profiling Programme of the United Nations, a Programme working to improve resilience and empower local governments to increase their capacity to face and recover from any hazard. For a city, being resilient guarantees the ability to function, advance and regenerate in a more sustainable manner.

Resilience is more often developed after a crisis situation. Unfortunately, the result of crises is often a reflection on how different the outcome would have been if the city had been better prepared. This is what happened in Barcelona when the electricity outage in July 2007, a result of a series of critical situations related to infrastructure, sounded the ‘alarm’ for an analysis of causes and evaluation of measures that could be taken to avoid a repetition of the situation. It is therefore extremely positive to see the promotion of resilience at the global level from various institutions such as UN-Habitat’s City Resilience Profiling Programme, and from private foundations like Rockefeller Foundation and the 100 Resilient Cities Programme. Building resilience in a proactive form, not in the wake of a major crisis, is now the challenge for cities.

In order to introduce an efficient model for resilience – one that protects the city from known threats and improves the capacity to respond to the unforeseen –, it is essential to foster a holistic vision, a transversal working approach and support from political leaders. The methodology in Barcelona was developed as a result of the crises in 2007 and has evolved considerably to today. The city’s approach enjoys recognition at the international level and creates a cycle of continual improvement in the city to reduce the number and severity of critical situations and incidents. Long term, this cycle strings together actions that build resilience and can reduce the likelihood of situations that carry potential risk for the population and public goods, or compromise the continuity of urban services. These actions are principally focused on three stages: management, analysis and risk reduction.

Management is largely handled at the operations centre for public spaces. Informal incidents on all fronts (citizen complaints, information on municipal services or private operators) are managed with the corresponding services related to the grade of criticality. This central office maintains the platform that allows the city to better understand the territorial distribution of active incidents, critical infrastructure and other data for better management.

This knowledge platform also allows for risk diagnosis and, beyond management, a historical and territorial analysis of the evolution of various types of incidents by combining any type of data on the city’s cartographic base at any time, including: sensitive equipment, critical infrastructure, ongoing works… All this provides calculated information that can be analyzed to detect risk situations and possible causes. The basic information from the city, which is gathered progressively, is combined with the data from punctual episodes, incidents, and emergencies as they occur.

It is however not until the next step that risk reduction takes place. From the information obtained, actions to directly improve resilience can be taken, both in the management and in the transformation of concentrated black spots of risk. Nevertheless, in many cases, the reduction of these risks is linked to more transversal projects and their correct and efficient implementation requires collaboration between actors from different spheres. In order to facilitate this type of transversal project, the Urban Resilience Tables of Barcelona were created in 2009 but initially called the Tables for Infrastructure and Basic Services. Coordinated by the Urban Resilience Department and Civil Protection and Prevention Unit, they are made up of various sector groups that develop projects collaboratively: energy, water cycle, underground works and tunnels, mobility, telecommunications, municipal services, urban planning and social services. The latter two, incorporated more recently to increase the reach of the initial Tables and address long-term transformation processes from a resilience perspective, are the most socially orientated towards urban vulnerabilities. Having a shared work protocol that guarantees co-responsibility, communication and vigilance of consolidated projects – that are periodically revised and updated –, this approach is central to increasing the resilience of the city and has been a topic of interest for many cities working on their own process as well as institutions that promote urban resilience.

This is how resilience is being build in Barcelona. The process has been improving progressively and there are still proposals and adjustments to be implemented. Possibly, when these are introduced, other improvements will arise, which will further guarantee that this process is alive and effective. The objective is to minimize critical situations that can occur and for the city to be able to recover as quickly as possible from inevitabilities so that functionality can be maintained with minimal disruption. 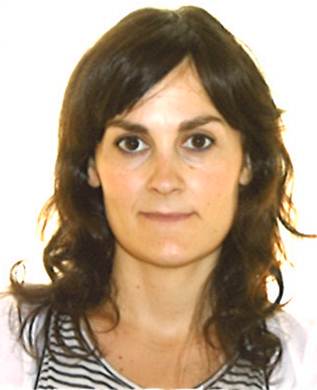