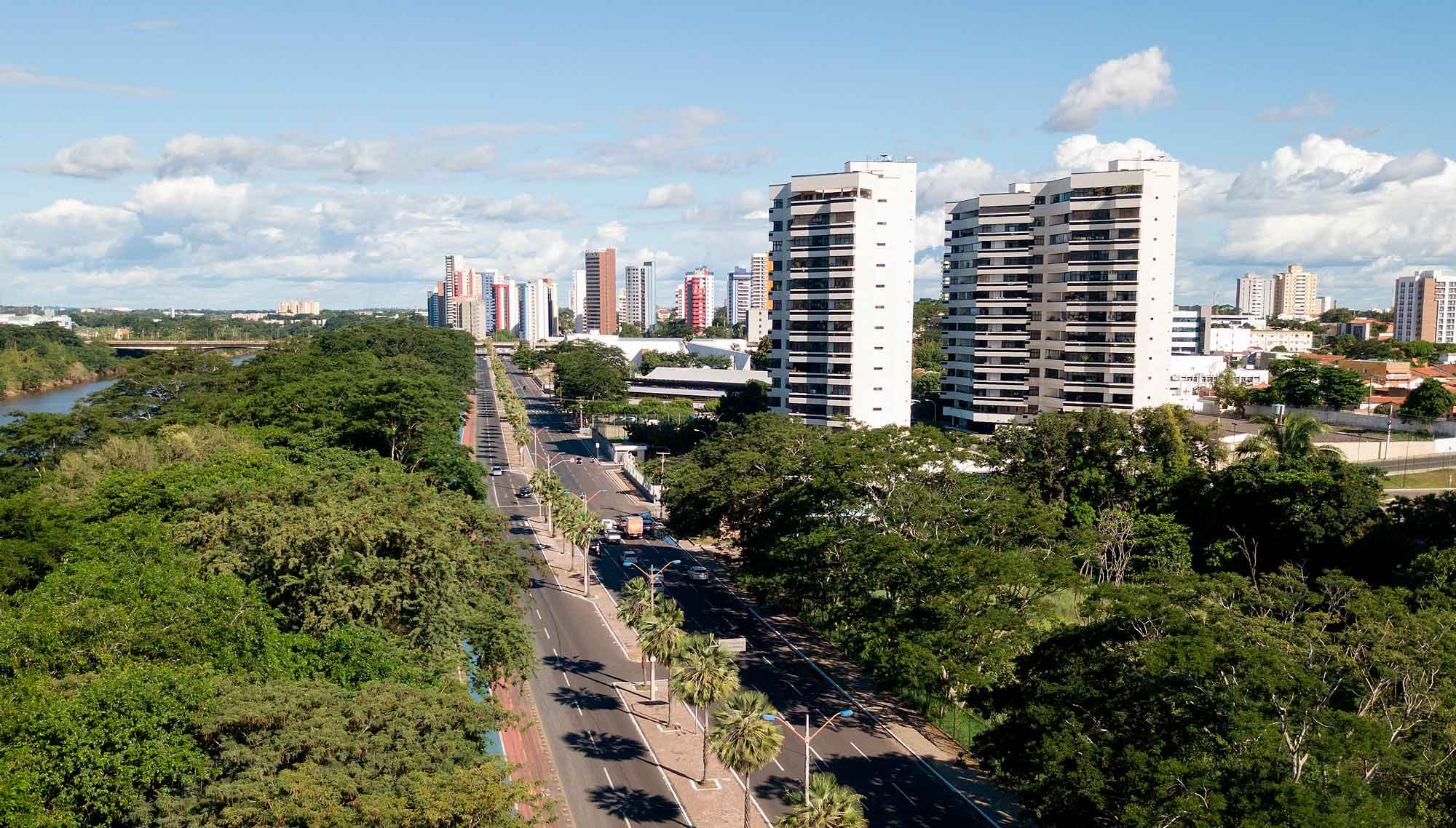 To expose the risks Teresina faces with the underlying drivers, effects, map the influence of multiple urban stakeholders, and define the priorities for designing actions to strengthen the city’s resilience 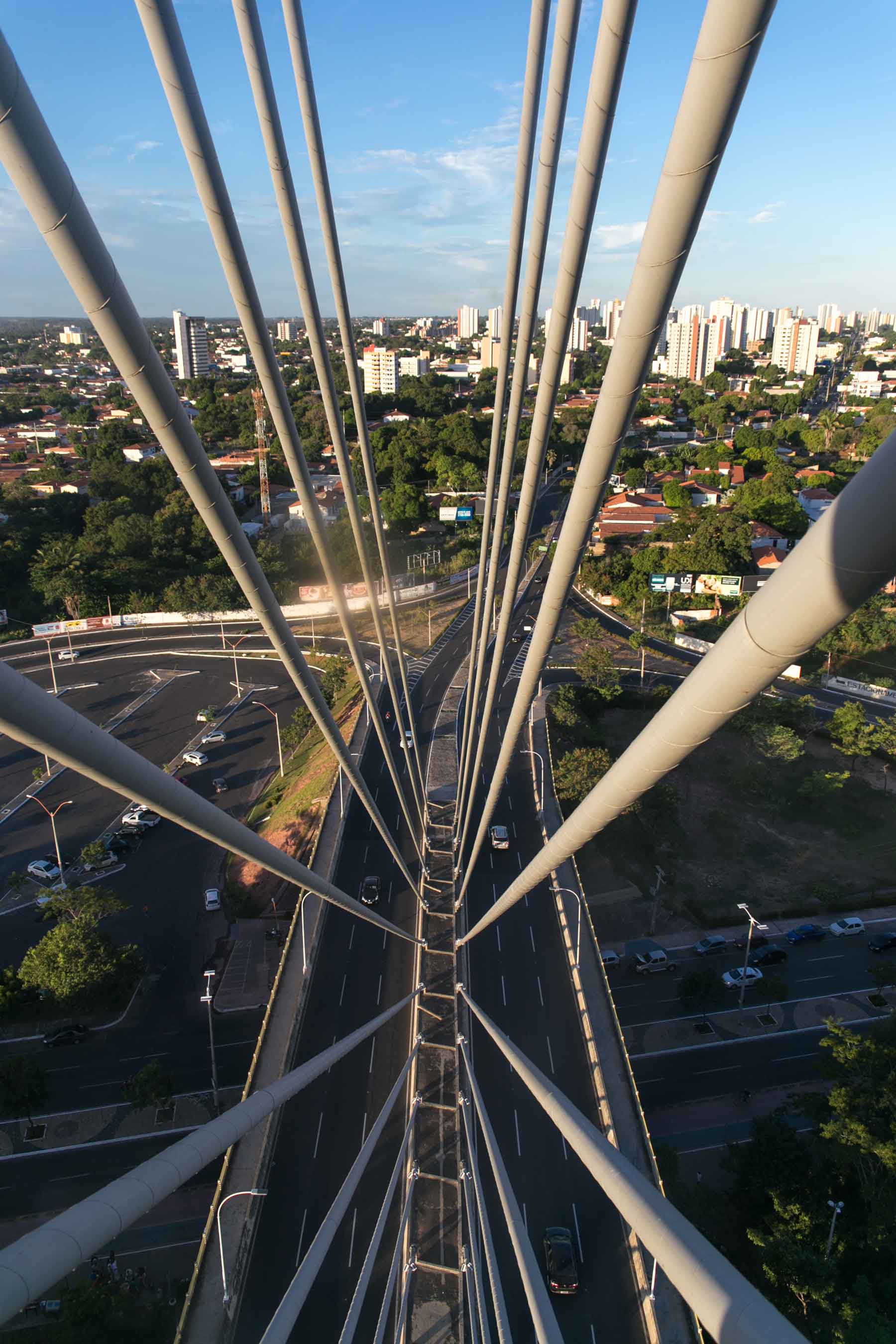 Impact of shocks identified and characterised.

Effect of stresses identified and characterised.

Final mapping of the interrelations between shocks, stresses and challenges.

One of the fastest-warming intermediary cities in the world is using its resources wisely for building resilience and sustainability.

In a series of workshops for building local knowledge and expertise held by UN-Habitat’s City Resilience Global Programme, the Teresina Resilience Commission defined with other urban actors the priorities of the city.
Share 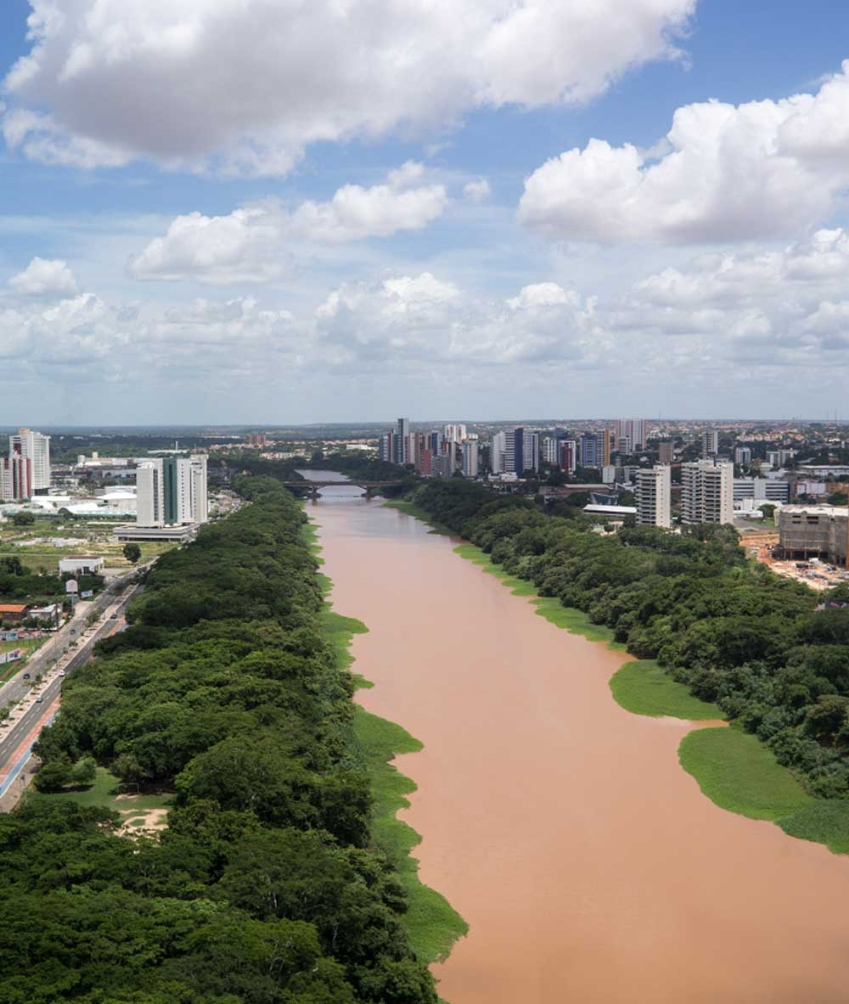 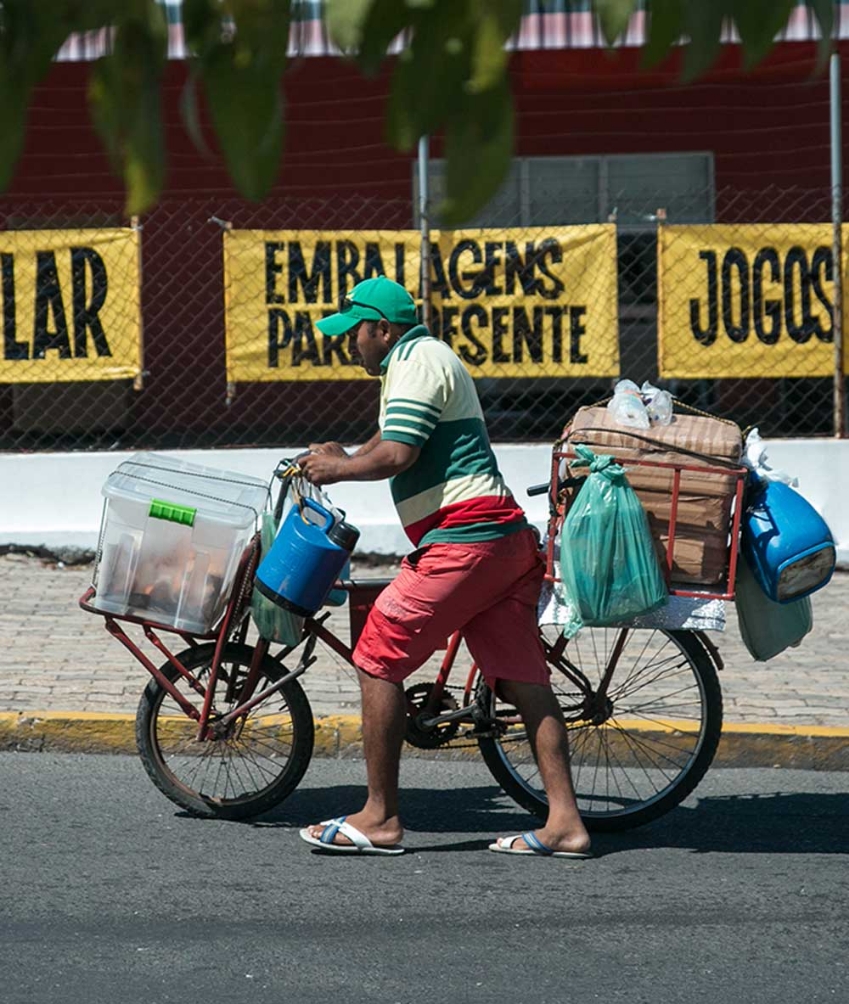 Economic resilience
The capital of Brazil's poorest region has scarce financial resources in a country facing a perpetuated economic crisis and accelerated urbanisation—rising unemployment and inequality are some of the challenges met. 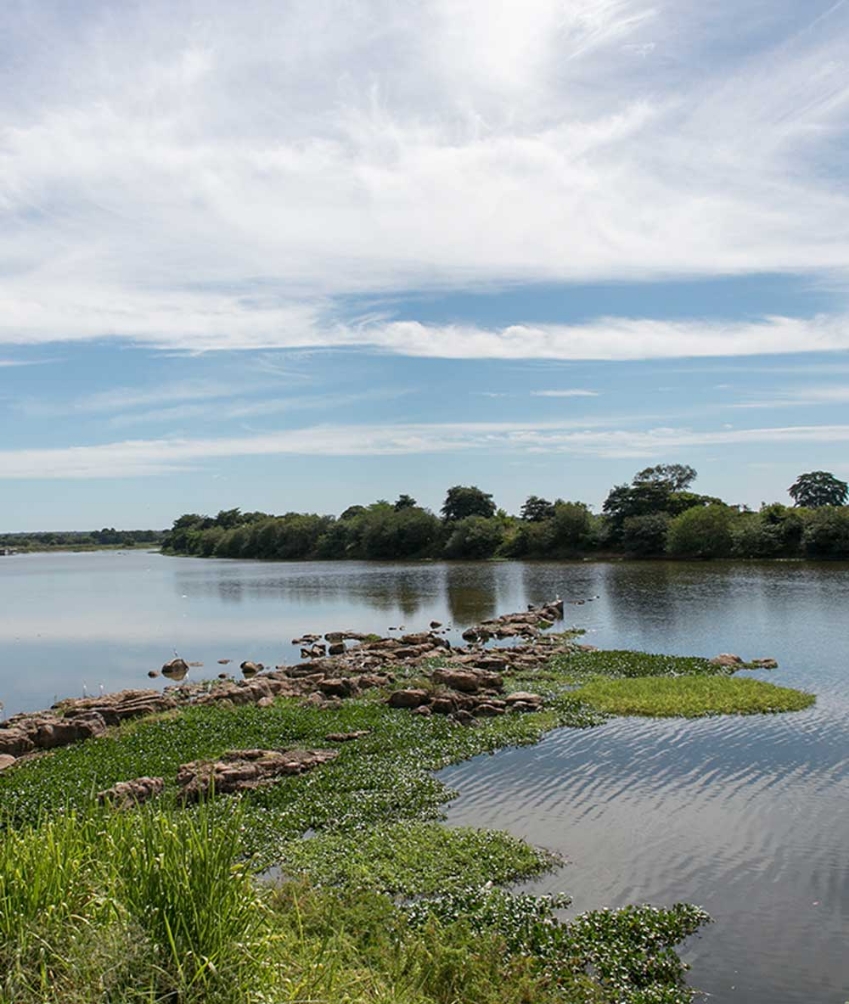 Community resilience
Teresina has the best public education among Brazilian capitals and the highest investment per capita in public health. Reaching satisfactory levels of development and equality requires decades of investment as the city faces structural challenges. 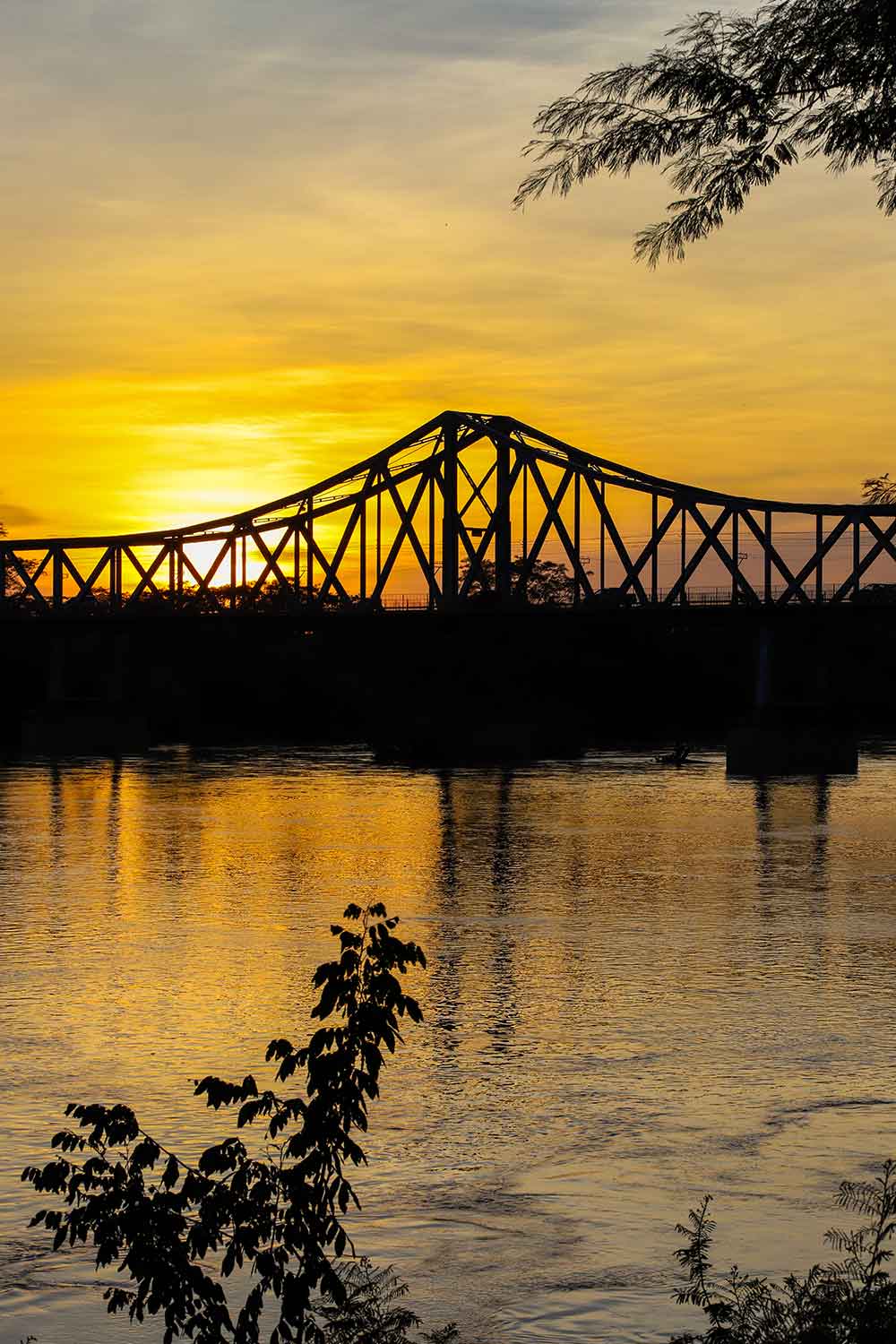 Water cycle management includes the management of both the natural and urban water cycle and is critical for building climate resilience in Teresina. 7.8% of the urban footprint is located in hazardous and risk-prone areas due to rapid urbanisation and the lack of affordable housing.

Due to rapid urbanisation and lack of affordable housing, 7.8% of the urban footprint is located in hazardous and risk prone areas.
2. Mismanagement of urban metabolism

24,5% of city is not covered by stormwater collection system whereas 35% of population is covered by wastewater network.
Processes of urbanisation, shaped by poverty and inequality, have altered the natural water flows leading to an increase in the frequency of multiple shocks with severe socio-economic impacts.
Flood, landslide, waterborne diseases and infrastructure failure 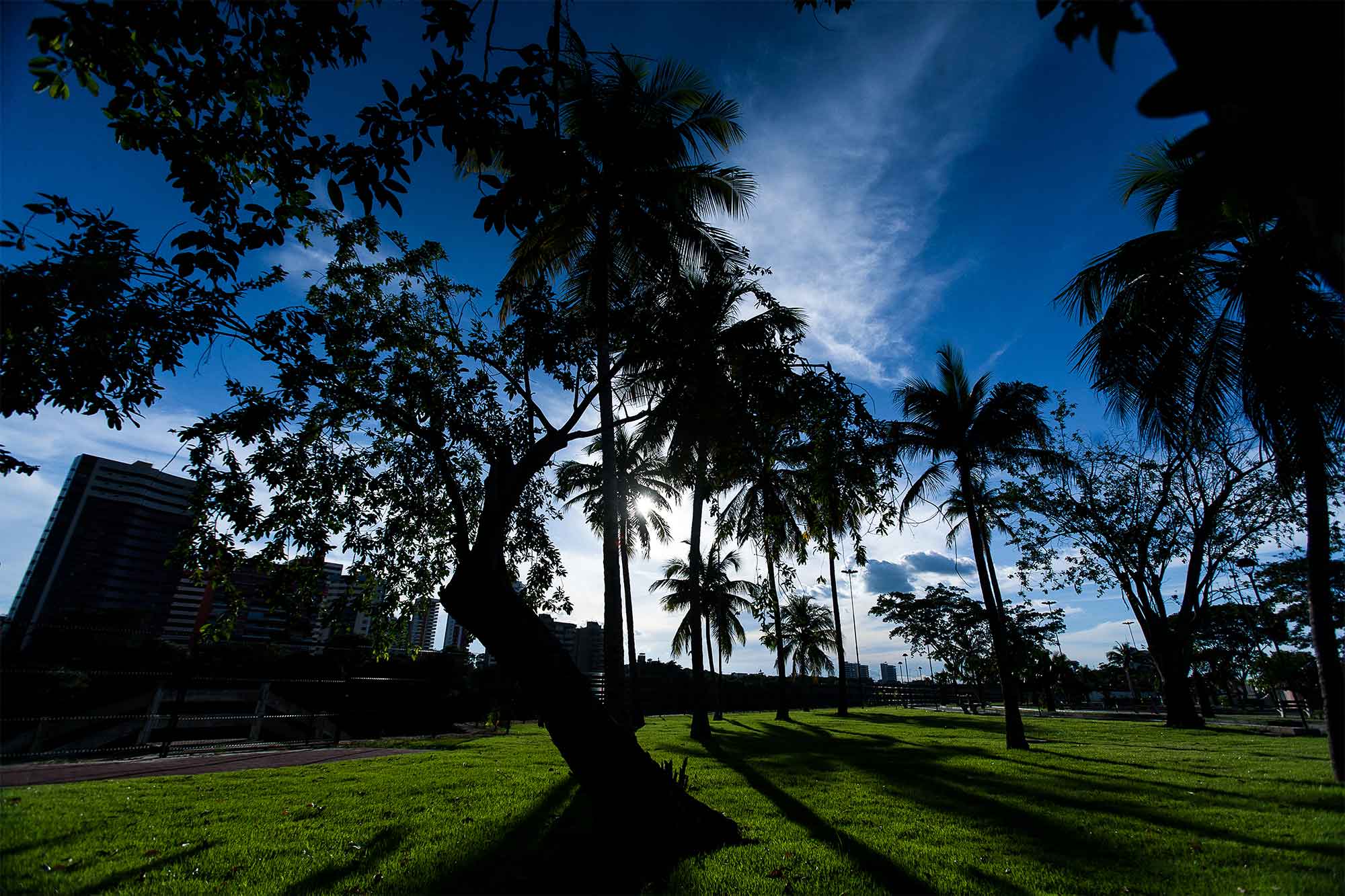 Numerous factors contribute to the ecosystem imbalance in Teresina, namely: the global warming and greenhouse effects, and pollution. Locally, some of the major causes are rapid urbanisation, disposal of toxic waste in water bodies, soil erosion, deforestation, agricultural practices among others.

Drivers
Asociated risks
The effects of this issue are becoming quite evident in Teresina through various events, mainly biodiversity loss, and insects, animals and plants infestation which in turn caused both marked public health problems and considerable socio-economic impacts.
1. Environmental pollution

Between October 2019 and October 2020, 385 fires were identified in Teresana by satellite imagery.
On the local level, Teresina is currently in the bidding process for the development of its Climate Action Plan which will incorporate the construction of trend scenarios, mitigation strategies and adaptation to the impacts of climate change.
1. Urban heat islands
2. Insects, animals and plant infestations 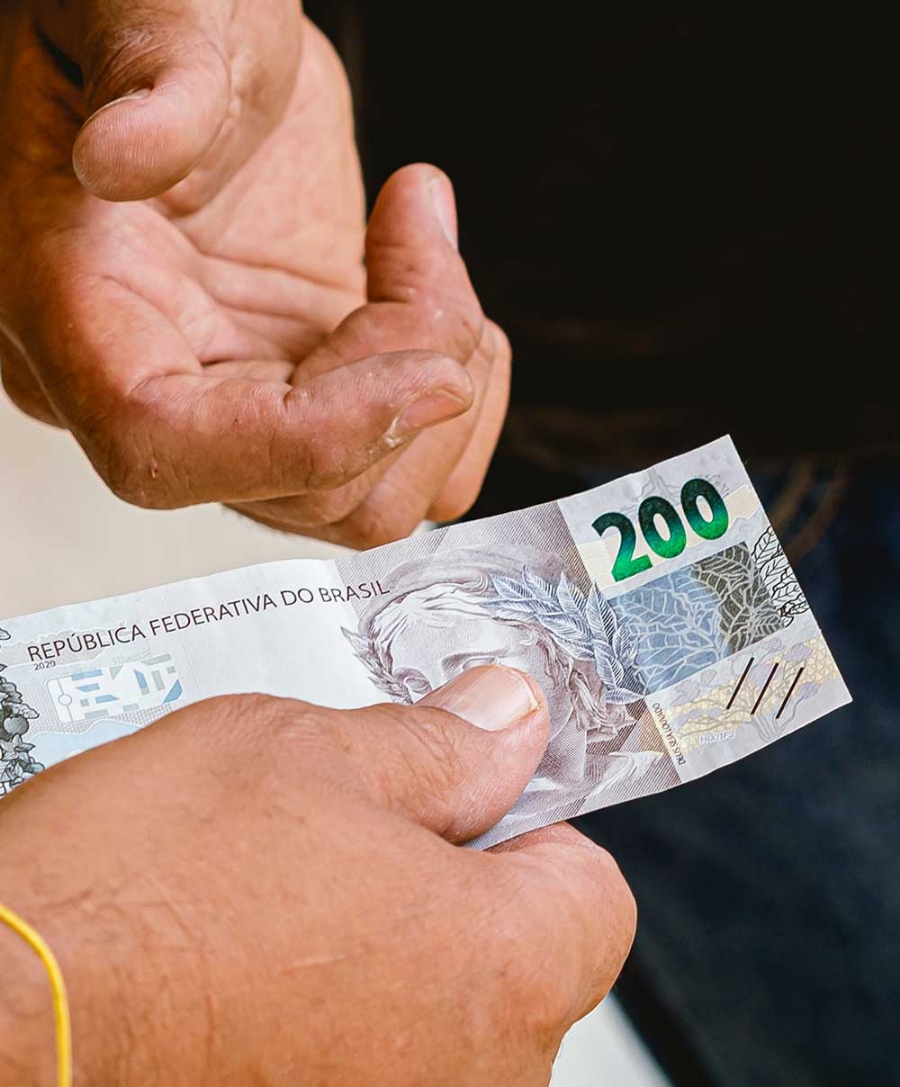 The city and the region are under-served by well-connected national and interregional networks of transportation and supply chains, which in turn have undermined the city’s economic development and growth. The Brazilian financial Crisis of 2015 exacerbated economic performance further in Teresina, with effects mostly evident in commercial and industrial activities.

Drivers
Asociated risks
The symptoms of this issue are manifesting through the relatively less attractiveness of the city for businesses, high rates of unemployment and undermined municipal revenue, which combined lead to exacerbate existing poverty and socio-economic inequalities, increasing crime levels, and reduced safety, posing considerable risks of social unrest.
1. Limited business attractiveness

Market connectivity in Teresina is quite low with rate of commercial banks per 100000 inhabitants being 6.13.
2. Informal economy

The manufacturing share of local city products in Teresina is merely 5.7%.
4. Reduced Productivity

Historically, the city has suffered the consequences of its peripheral location, which has been mostly far away or at the fringes of major national economic hubs and their sphere of influence. Therefore, it has never had any major national strategic industries and relevant infrastructure.
1. Social unrest

Various aspects have contributed to social unrest such as poverty, low education levels, lack of access to resources and crime concerns.
2. Unemployment

The total unemployment rate in Teresina is 13,7%, which is higher than the national estimate, but lower than regional figures.
3. Local revenue losses

22.5% of total local government revenue in Teresina is own-sourced. 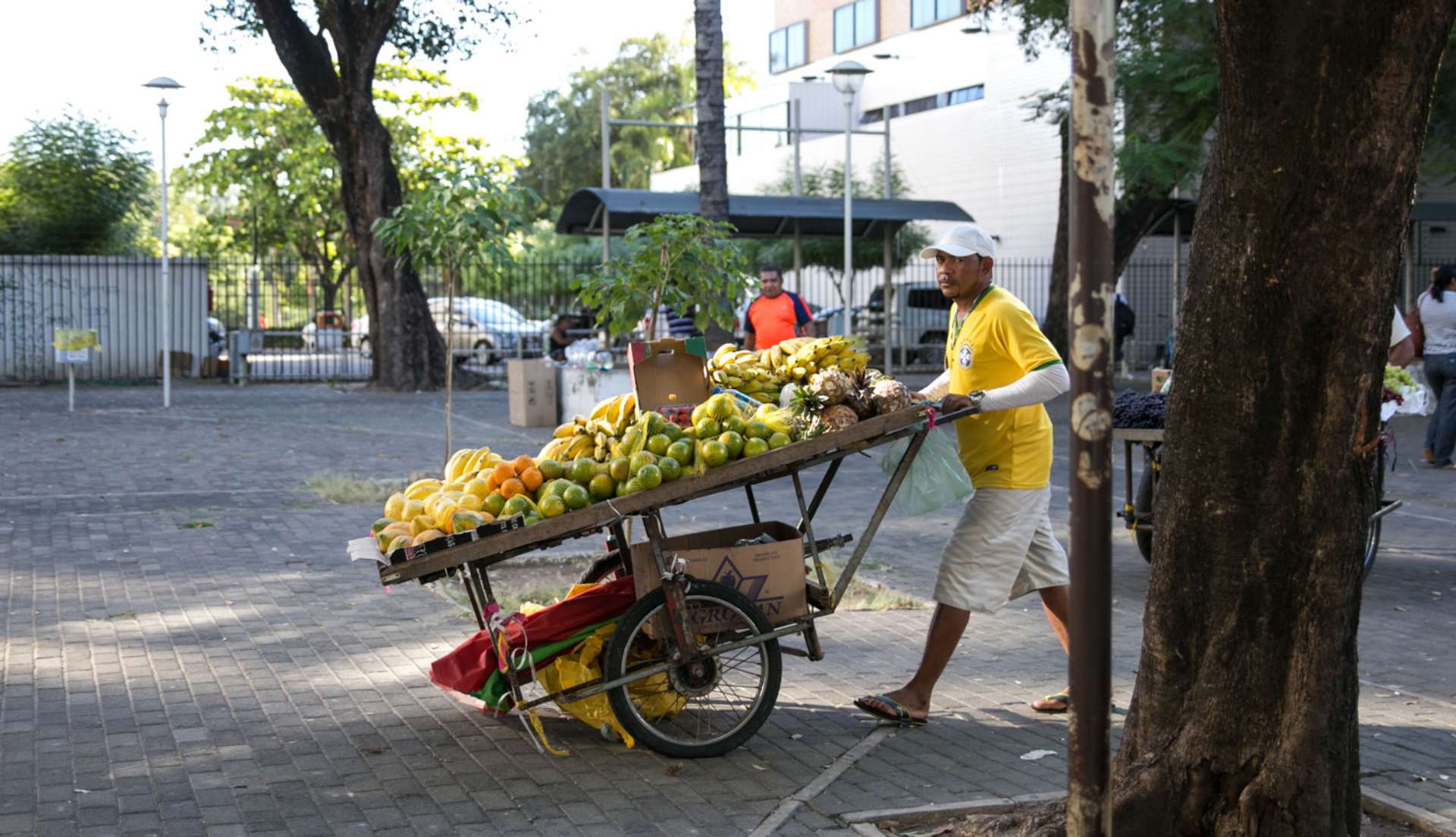 Developing a resilient and sustainable city requires a roadmap of actions and activities that are both implementable and feasible, yet precise and ambitious in their expected impacts.

Actions for Resilience and Sustainability are the fruit of a multi-stakeholders collaboration focused on seeking points of intervention to maximize the impacts of the recommended actions and activities in Teresina for addressing the 3 priority matters: Water Cycle Mismanagement, Ecosystem Imbalance, and Economic Underperformance.
Line of action
Integrative
Related SDGs goals:
4
8
11
12
13
15
16
17
Institutionalising resilience thinking inside local government
scroll

The Teresina’s Recommendations of Actions for Resilience and Sustainability

The following documents report the Local Government, in this case, the Municipality of Teresina, of the city’s current state with regards to resilience and ongoing related trends, based on conclusions derived from the City Resilience Profiling Tool implementation process described in those documents. 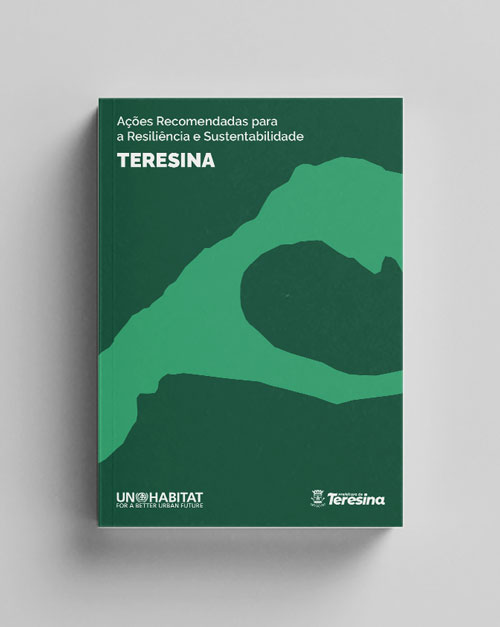 Teresina’s Recommended Actions for Resilience and Sustainability
A set of activities and actions based on the project’s theory of change, guides municipal public policies in response to the priority issues previously identified. 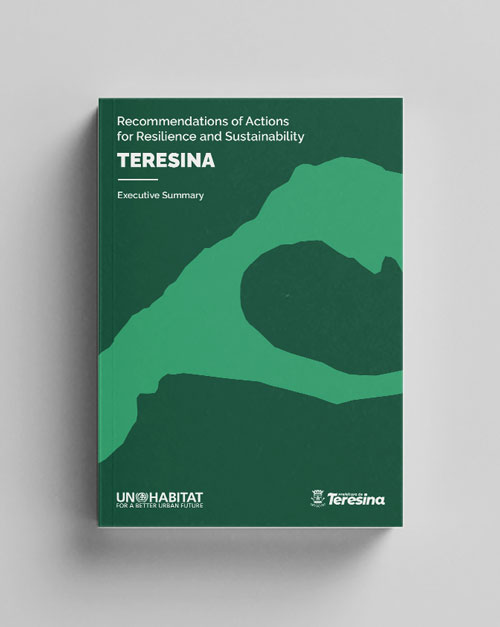 Recommendations of Actions for Resilience and Sustainability
Executive Summary 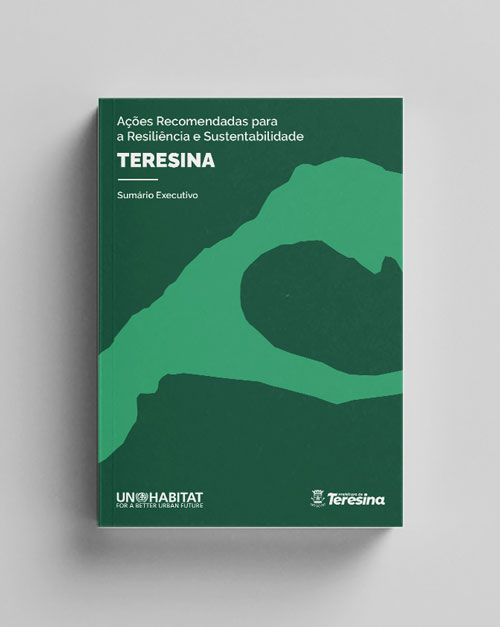 Ações Recomendadas para a Resiliência e Sustentabilidade
Sumário Executivo
"Teresina’s resilience program was a self-assessment—it was as if the city had attended a therapy session."
Cintia Bartz, Head of Teresina Agenda 2030 and coordinator of
the urban planning department of the municipality. 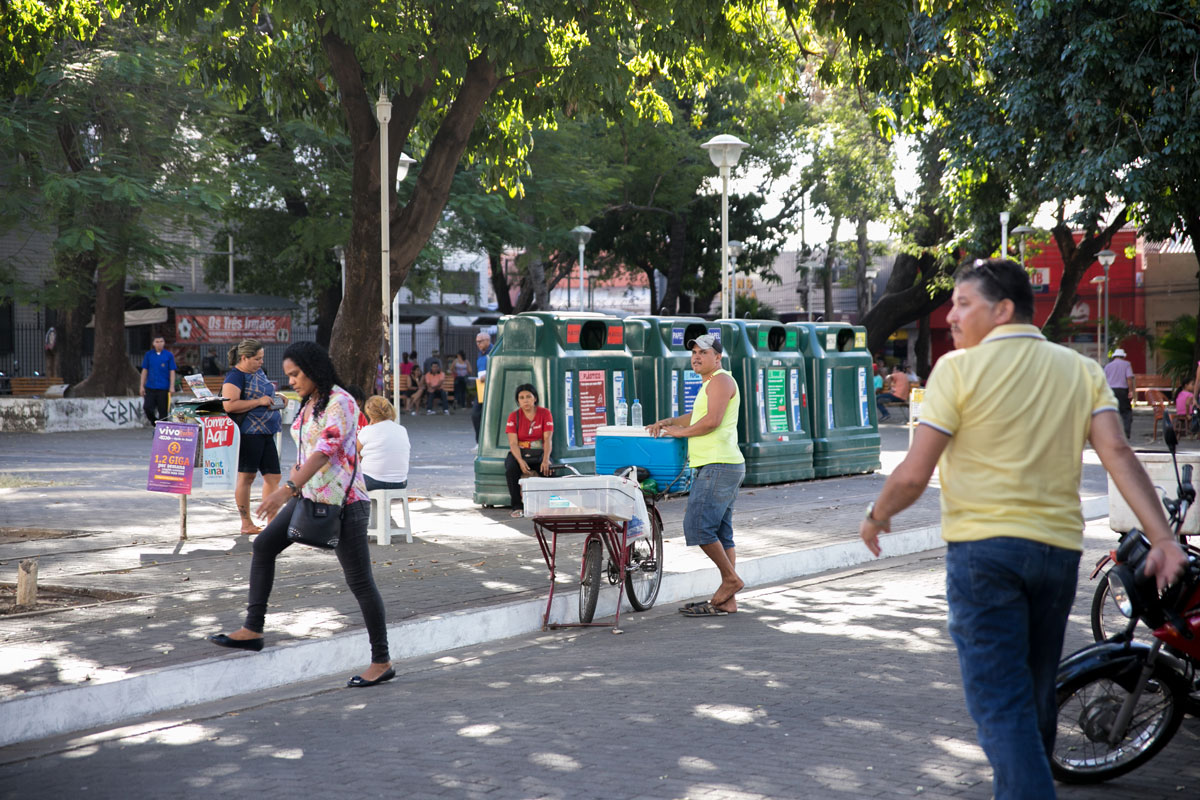 Teresina’s calibrated resilience
Adaptation, flexibility, risk management and integration are some of the words that describe the Teresina Urban Resilience Program. 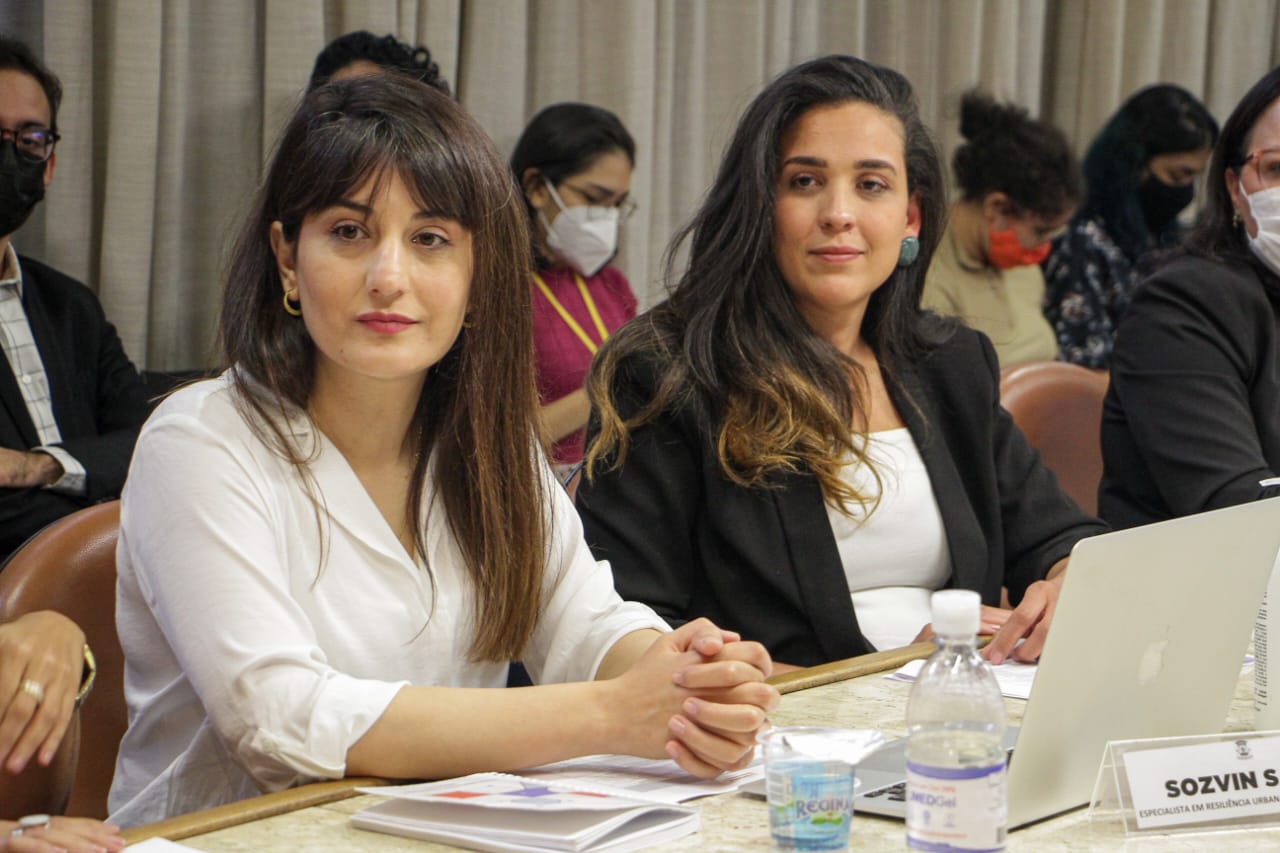 A warm mission to Recommend Actions for Resilience and Sustainability
UN-Habitat's City Resilience Global Programme team made the final and closing mission from the 26 till April 28. 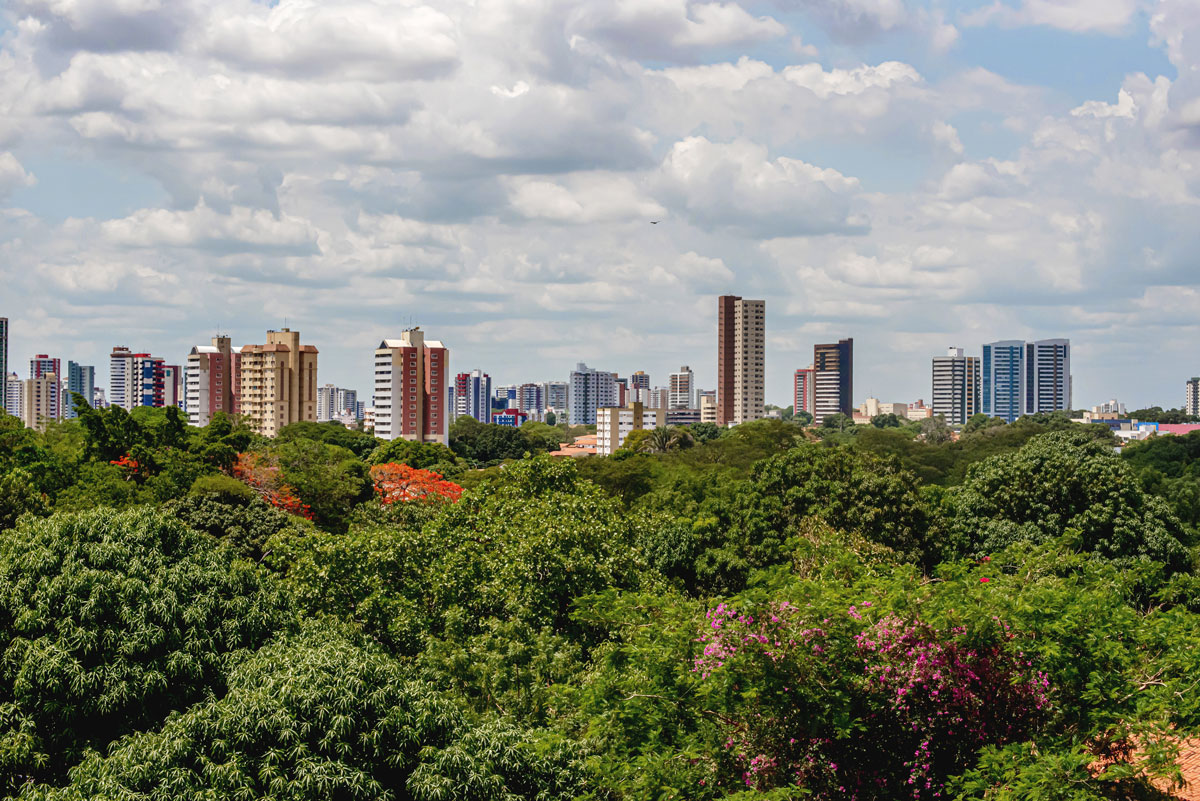 UN-Habitat programme contributes to climate mitigation, resiliency in Brazil
The ability of the local government to continue and maintain the momentum is key to long-term success. 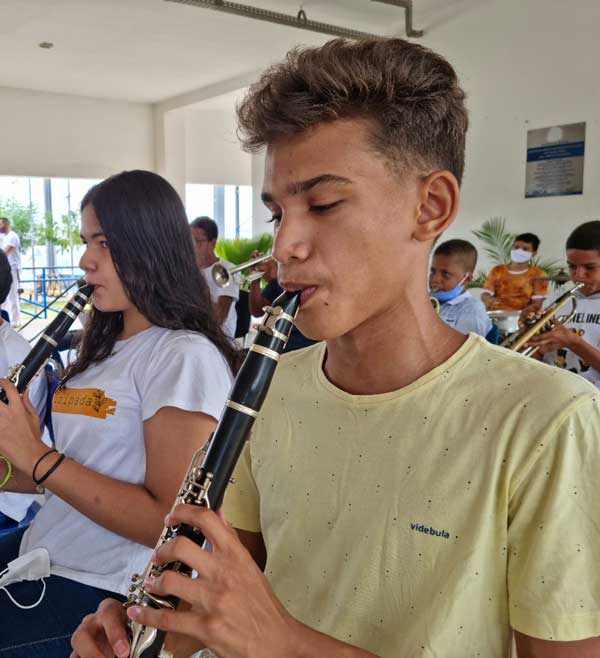 Agenda 2030 Teresina
A pact between public authorities and society to achieve local goals for the sustainable development of the capital. 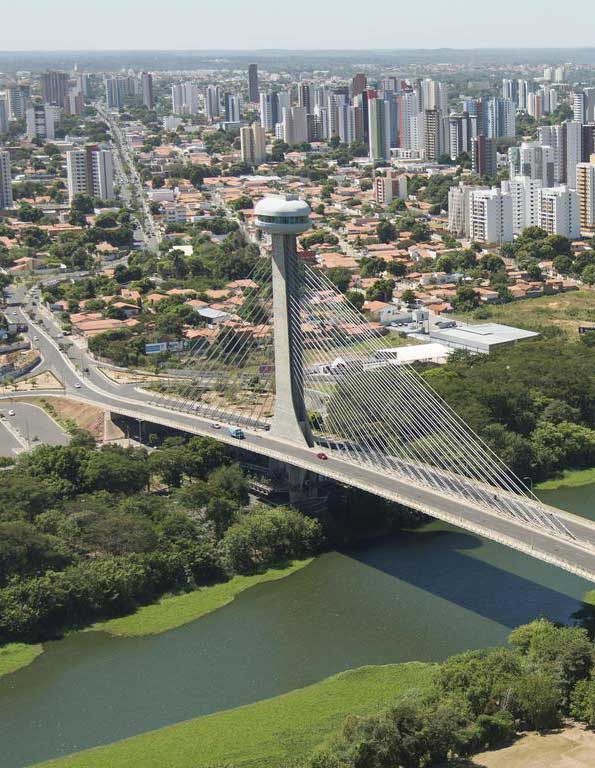 Get the latest from Teresina in your inbox