Women must be fully engaged: Interview with leading figure of Indonesia’s emergency response 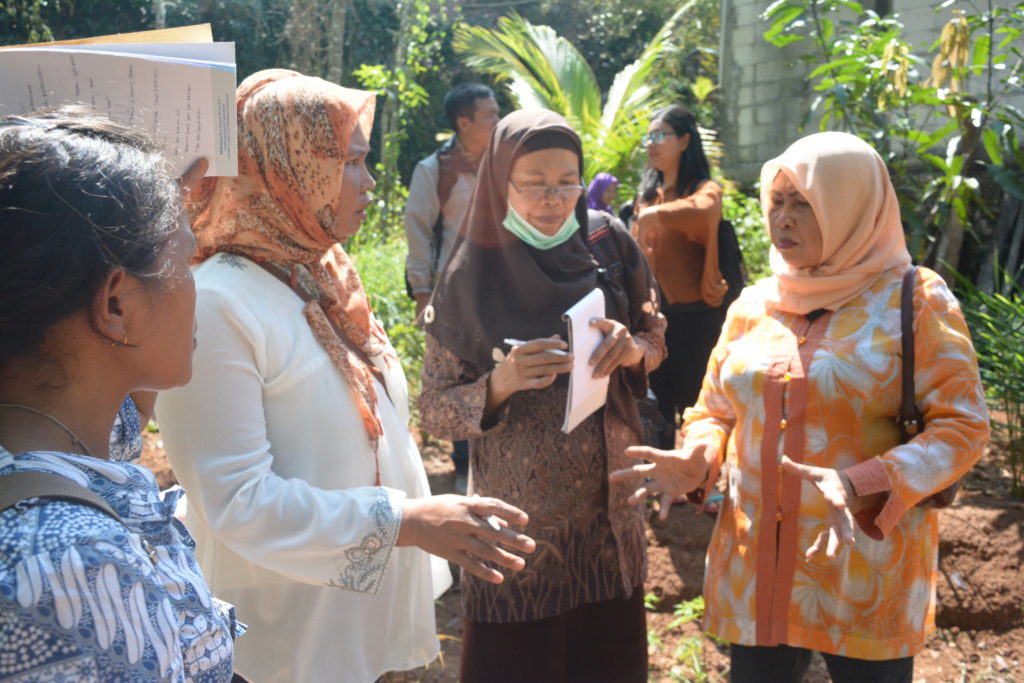 Tell us how your work is increasing resilience and supporting disaster risk reduction initiatives?

YAKKUM Emergency Unit is a unit of the YAKKUM’s (Christian Foundation for Public Health),  established in 2001 and based in Yogyakarta. The mandate is to provide emergency responses and promote initiatives to address disaster risk reduction as well as the impact of climate change. We’ve been working with more than 350 community-based organizations across Indonesia including 49 women’s groups and 6 intergenerational groups. We’re not only working on how to build disaster preparedness within the community, but also showcasing that their resilience practices can bring positive impacts in economic and social aspects.

At the initial stage, the community is invited to conduct risk mapping to identify hazards, risks, challenges, and capacity in their respective areas. Based on the mapping, they decide what actions can be done to reduce the disaster risks as well as to the impact from climate change. For example, in Gunungkidul District – Yogyakarta, YEU supports small-scale farmers with rain-fed agriculture to practice climate adaptive farming through the application of local variety of food crops. Other locally-led initiatives are waste bank activity, rice bank/food banks, aquaponics, etc. 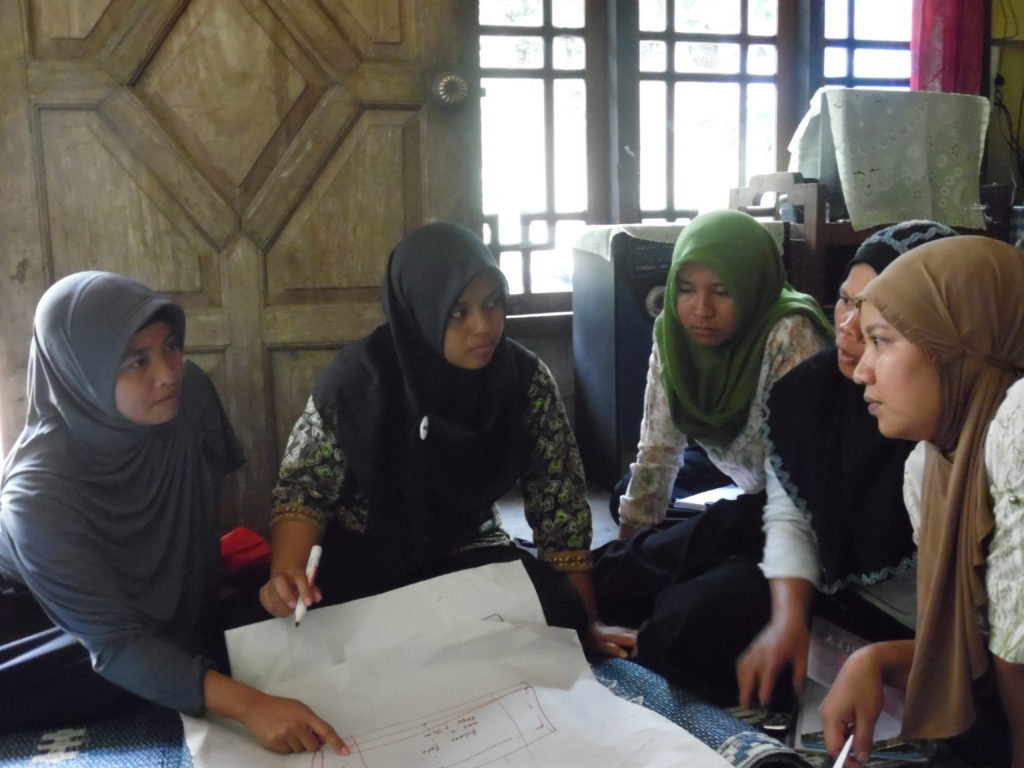 We  encourages inclusive development planning from village level to national level so that women, people with disabilities, elderly, and those in vulnerable situation can be part of decision making process. Holding local to local dialogue is one of the options on how communities can engage with the government and other stakeholders and bring out their voices and integrate disaster risk reduction initiatives into the village development planning. At national level, we’re working closely with National Disaster Management Agency (BNPB) for assessing city resilience. At least, 7 municipality/districts were facilitated for assessment and action plan formulation such as Yogyakarta city, Magelang, Rejang Lebong, North Maluku, Kebumen, and more.

How is your organization’s work contributing to the implementation of the SDGs?

YEU contributes by transferring knowledge of global frameworks, one of which is the SDGs, not only for the local authority but also the grassroots community. In December 2017, we conducted a national meeting, inviting 100 grassroots leaders to give inputs and recommendations on the Agenda 2030 and National Action Plan for the SDGs. During the meeting, grassroots leaders identified practices that were in line with the SDGs. And it shows that what they’ve been doing all this time has correlation with the implementation of SDG Goal 2 (Zero Hunger), Goal 3 (Good Health and Wellbeing), Goal 6 (Clean Water and Sanitation), Goal 11 (Sustainable Cities and Communities), and Goal 13 (Climate Action). The event also highlighted the importance of localizing global frameworks into more comprehensive actions and articulating them in community action/planning.

We also encourage grassroots women to participate in monitoring the implementation of the SDGs at local level and this feedback can be inputs in Indonesia’s National Voluntary Review (NVR). 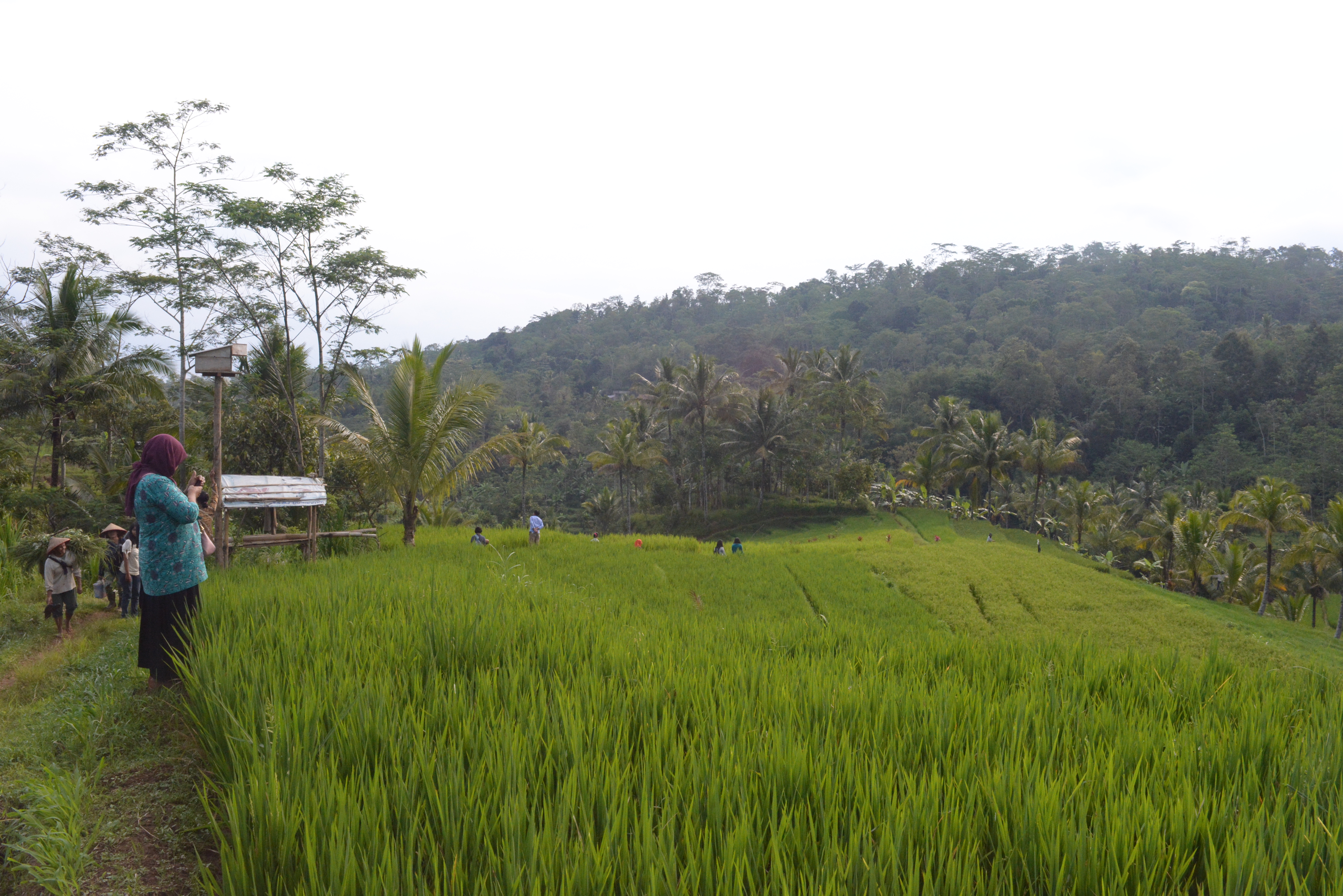 The theme of this year’s International Women’s Day is #PressforProgress. How can we build a more gender-sensitive approach to community resilience?

At national level by advocating for gender responsive approaches to the national policies and action plans. And at local level, train women in leadership and organizational skills. Women have observed that whenever they show the government evidence of their capacity to initiate and manage an activity, they are more likely to access government support. When women are already organized, with knowledge of what they’re fighting for and a collective voice, it will amplify their voice even greater.

What role do women play in post-disaster situations?

Women play important roles in post-disaster situation. They are actively involved in local to local dialogue with government or other stakeholders, to enable them to voice the priorities of needs and access funding. For example, after Yogyakarta’s earthquake in 2006, women in Ngrajek village Magelang District were involved in Rekompak program—a reconstruction program by the Government. They gave feedback and participated in data-collection so that the program benefitted the right targets. It shows that women’s active involvement contributes to a more efficient budget absorption, including programming related to infrastructure. 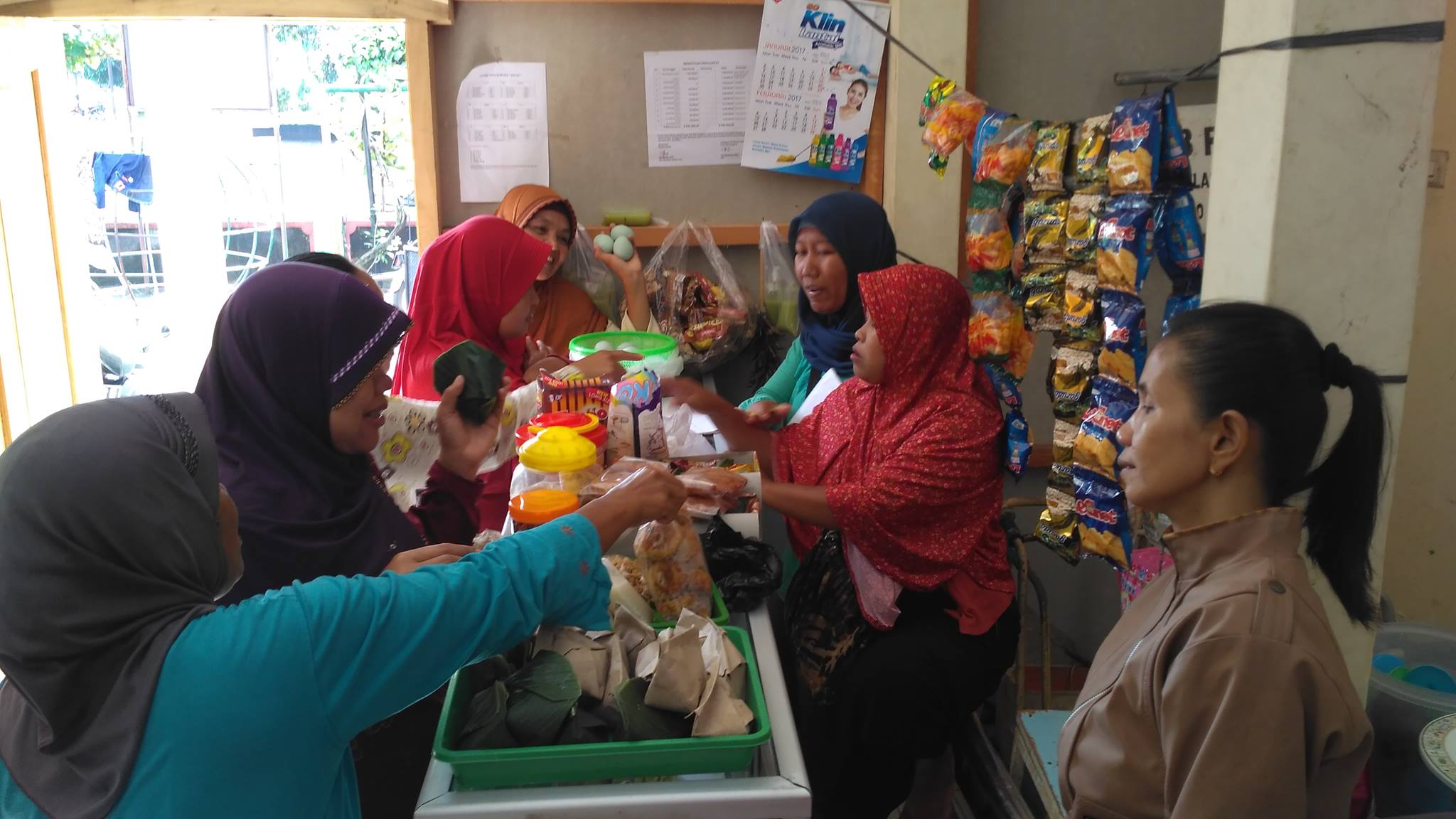 How do you provide humanitarian assistance to women’s grassroots communities?

In some cases, we provide relief assistances based on specific needs of women and other vulnerable groups during emergency response. While conducting the assessment, we invite women, as well as the village authorities during the process. We also promote inclusive shelter management so that the women can feel safe doing their daily chores in the shelter, this includes pregnant women, breastfeeding mothers, elderly, youth and children. The initiative closely relates to the safety and security measures for specific groups, i.e. women and girls.

We also conducted first-aid training for non-medics and also mock-drills to train women in protecting and helping themselves and their community. By doing so, they know what to do and how to act properly and immediately in times of disasters in their neighbourhood.

YEU supports grassroots women to manage rice banks with the intention of providing a food supply for their community during emergency situation. As happened in Ngalang Gunungkidul, in November 2017, landslide struck this village, closing the road access to the village. Thanks to the rice bank, the women in collaboration with village authority were able to provide food for the public kitchen. 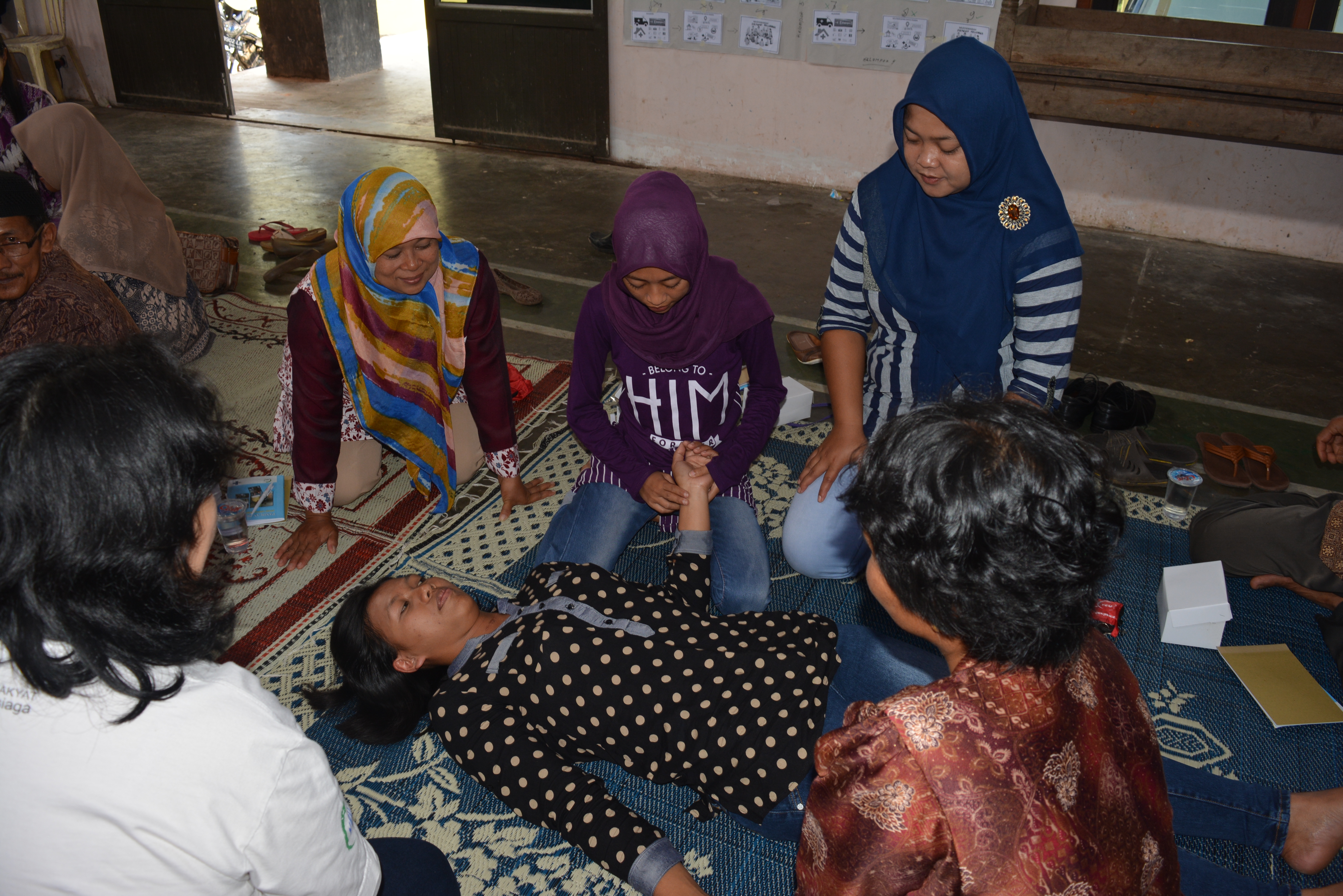 Why do you think that it is important to celebrate International Women’s Day?

It’s a great moment for every woman to celebrate the practices they’ve done, present their work to people, motivate and inspire other women to know that they’re not alone. This is a campaign to promote women’s roles and contribution in public.