Connecting with innovative solution-finders from the smart urbanization sector

Under the theme, Empower Cities, Empower people, the 2017 edition of Smart City Expo World Congress (#SCEWC17) took place this month in Barcelona. UN-Habitat signed an agreement with the event organizers through which the programme will become a strategic partner in this and future editions of the global event. 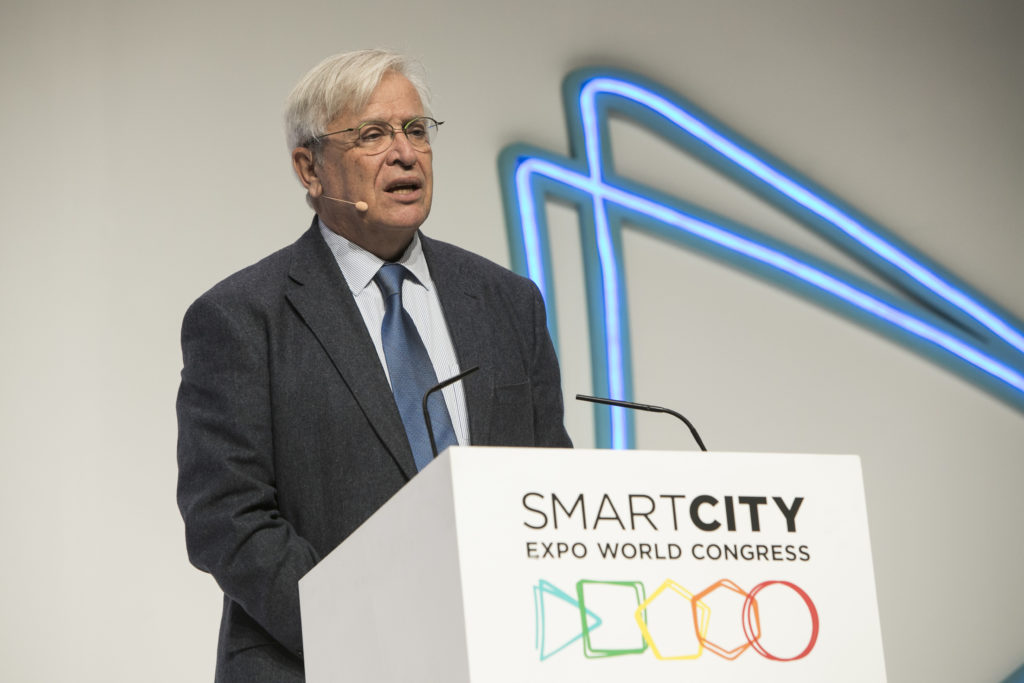 For UN-Habitat, this partnership is an opportunity to promote urbanization as a tool for development in the framework of the New Urban Agenda and the Agenda 2030. The 2017 edition of the Congress, held from 14th – 16th November, attracted over 18,000 participants with 700 cities representatives and 420 international experts.

UN-Habitat staff contributed to a range of sessions and workshops throughout the three days, most notably the opening keynote speech on Smart Urbanization delivered by the Executive Director, Dr. Joan Clos in which he called for a ‘paradigm shift’ in how we consider, plan and manage our cities. He further called upon the tech-savvy crowd and local government representatives in the full auditorium to consider and promote urbanization as an opportunity and not only a challenge.

The UN-Habitat team also welcomed attendees at an interactive booth with the latest information on the UN-Habitat’s workand the upcoming 9th World Urban Forum, and the urban resilience game. An SDG photo call was also installed in the main City Hall Plaza and became a popular attraction during the Congress resulting in hundreds of pictures of participants with the 17 SDGs.

The New Urban Agenda interview corner was the backdrop for over 20 interviews with mayors, experts and city-partners to discuss how they are and will support sustainable urban development through their work. In his interview, the event Director, Ugo Valenti, commented, “Never before in history has been so much talent and creativity concentrated in so little space. It is our responsibility to seize this opportunity and use all the means to grasp the full potential of these urban powerhouses.”