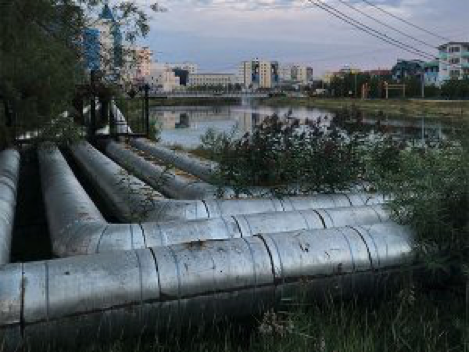 UN-Habitat travelled to the Arctic city in July for a two-week mission as part of the city’s collaboration and engage in various training sessions with key staff from the city council.

The capital of the Sakha Republic is eager to advance its urban resilience in alignment with the main global frameworks on development such as the New Urban Agenda, the SDGs, the Paris Agreement and the Sendai Framework. In this regard the local government consolidated the engagement with the CRPP by formalising the city’s participation in the programme. It installed a resilience committee, comprised of eight senior experts from different departments of Yakutsk local government, to oversee the city’s involvement in the programme and ensure coordination of action. As part of its commitment, it is also responsible for the development of an Arctic/Nordic Cities Resilience Network, through which it will share knowledge with other cities and collaborate on resilience-building efforts. Not only through its socioeconomic development strategy Yakutsk City 2032 – in which the city adopted a forward-looking attitude to urban development – but also by proactively committing to enhancing its urban resilience, the city of Yakutsk is leading the way for arctic and northern cities to follow.

Located just south of the Arctic Circle, the city of Yakutsk constitutes one of the largest settlements in the world built on permafrost. It currently houses about 320,000 inhabitants. Over time, citizens have learnt to adapt to temperatures that range between -60˚ Celsius in winter and +40˚ Celsius in summer, or an average annual temperature of -8.8˚ Celsius. Pylons that drive 18m deep into the frozen ground support buildings and infrastructure to ensure stability. Systems are modelled to administer heating for a 9-month long cold season

“Yakutsk is a city in Russia´s north – eastern edge with a unique climate – geographical and other conditions. We are facing very huge issues. To improve the quality of life of citizens, we should be innovative, more active in an international way and of course we should use some additional tools,”said Gavril Kirillin, Yakutsk City Council during the training week in Barcelona. 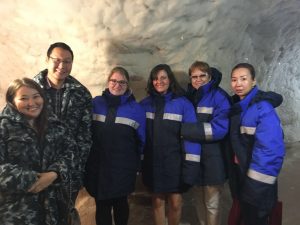 “Yakutsk can be used as testing grounds for various resilience measures that can also be implemented in other settlements and cities worldwide,” said Natalia Demina, advisor to the mayor during the mission to Yakutsk.