This Action is a joint initiative of UNISDR, UN-Habitat and the European Commission aiming to improve the understanding of, and capacity to, address disaster risks and build resilience at the local level, including in crisis-prone cities. The Action supports national and local disaster risk reduction (DRR) and climate change adaptation strategies focusing on building local capacities in crisis-prone cities, especially LDCs. To ensure commitment and ownership by local governments, all cities are part of the Making Cities Resilient Campaign, a global campaign to raise awareness and the political profile of disaster risk reduction and resilience efforts at the local level.

This 36 month Action (April 2016 – April 2019) paves the way toward the implementation of the Sustainable Development Goals, Sendai Framework for DRR 2015-2030 and New Urban Agenda. The Action contributes to the European Commission’s Action Plan for Resilience in Crisis Prone Countries 2013-2020 and The EU Approach to Resilience: Learning from Food Security Crises.

The Action is based on five result areas, which build on one another.

RESULT 2 aims to build new and adapt existing tools, to establish baselines and gather profiles of risk and resilience building data and information.

TARGET: Develop and calibrate the City Resilience Profiling Tool together with a municipality.

RESULT 4 focuses on enhancing capacity of cities and local governments in developing and facilitating the implementation of action plans for resilience through targeted profiling tools.

TARGET: 20cities&local governments have developed and initiated the implementation of climate and disaster resilient action plans.

RESULT 5 focuses on enhancing capacity to develop and implement plans to increase resilience in crisis-prone cities. 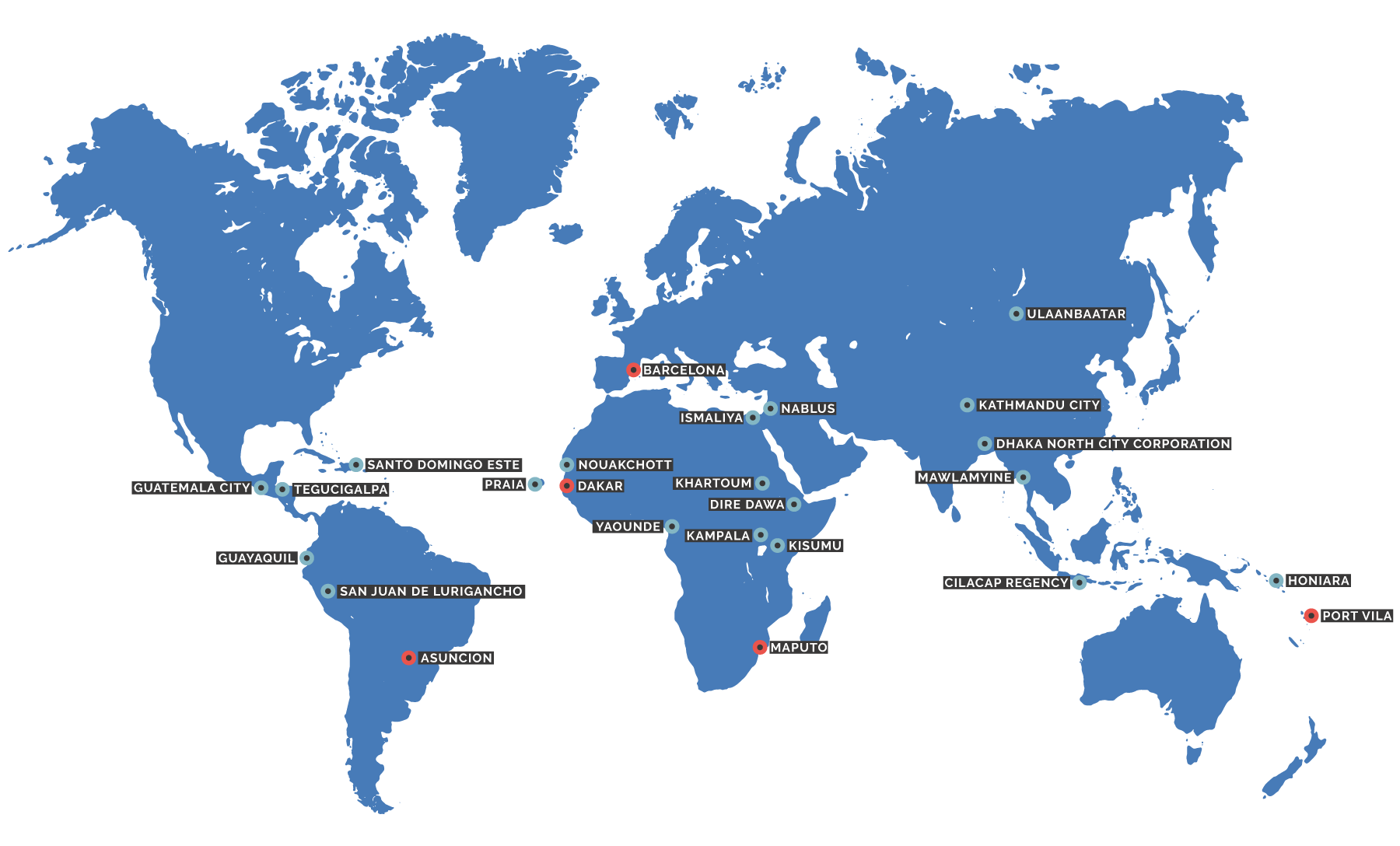