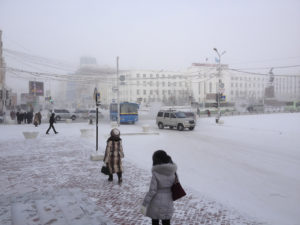 One third of the population of The Republic are residents of the City District “Yakutsk Gorod”.