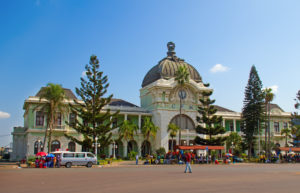 Mozambique undertook it´s last census in August 2017. Since independence, the country has carried out three population censuses – in 1980, 1997 and 2007. Based on projections from the 2007 census, the INE estimates the current population is 26.4 million. The country is still overwhelmingly rural, with 17.9 million people living in the countryside, and 8.5 million living in urban areas.

The population of Mozambique’s capital city, Maputo, continues to grow at a rapid rate as the result of high birth rates and immigration. According to the latest data from the National Statistics Institute (INE 2017), there are now over 1.273.076 people living in the city, posing enormous challenges to the local government in its efforts to deliver basic services, provide food, and improve the city’s infrastructure. The population of the city has grown enormously. In 1980 it had 770,000 residents, rising to 997,000 in 1997 and now to 1.273.076 in 2017.The latest data also shows that the life expectancy of the city’s residents is increasing. Men are now living to an average age of 55 compared with 53 in 2007. For women, the increase in life expectancy is even greater, rising from 59 a decade ago to 63 today.

One of the main challenges facing the city is the lack of space for new housing for young adults, who represent a major part of the population. As a result, young married couples are opting to build houses in the outer zones of the city. The population pyramid is characterized by the increasing birth rate and growing numbers of young people”.